This anime is about a disabled girl who I assume was kind of blondish with glasses, she was tortured (and raped?) by her brother. She could gain magic powers by bonding with another boy and walk normally but for a limited time.

There are other characters who also gain powers by bonding with someone else.

Could this be Freezing (Furījingu)?

In 2065, Earth is in the middle of a war with extra-dimensional aliens called Nova. The military develops and trains Pandoras (パンドラ), girls who are able to use special genetic tissue called Stigmata (聖痕, Seikon) to manifest superhuman fighting skills and weapons. Supporting the Pandoras are male partners called Limiters (リミッター, Rimittā), who use special "freezing" powers to limit their opponent's mobility.

The character Satellizer el Bridget fits your description of blonde with glasses: 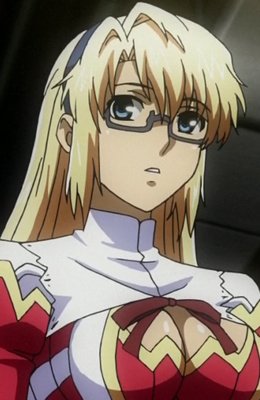 She appears to fight with a sword: 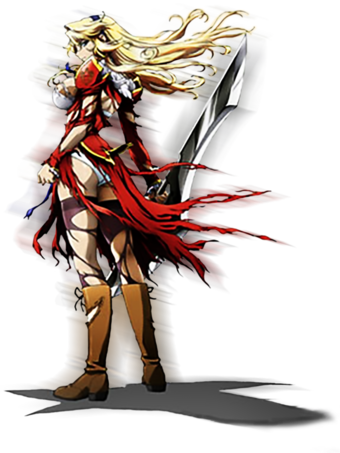 And she seems to have sexual assault in her past. From the wiki:

At nine years old, she and her mother are taken in by the El Bridgets where she meets her father's wife Olivia and her two kids, Violet and Louis, the last of whom mistreats and then sexually abuses her.

I can’t find evidence that she cannot walk, but I thought it may be episode specific. I saw at least one reference to a fight where another character destroys her legs but apparently they regenerate

7
Fantasy anime. Main protagonist is the son of a blacksmith
12
Anime with a floating city, a boy and his girlfriend
6
Book set in modern times with a disabled boy who has a dragon for a friend and protector
5
Mecha-Anime with a kid who gets sucked into a video game
4
Swords/action/fantasy/magic anime: main character is a bit of a failure, always follows the rules and carries a sword, unlocks his magical ability
10
Anime with a boy hiring a creature from a stone, meets a man named Dante and starts a journey to collect crystals
3
Female anime character with powers and an amulet on her chest
3
Animated (anime?) movie with a boy who is transported to another world and meets his backpack as a living creature