Can Chasers just fly through Quidditch hoops while holding the Quaffle in order to score?

In Harry Potter, Quidditch matches involve Chasers attempting to score 10 points at a time by throwing the Quaffle through one of the three hoops at the appropriate end of the Quidditch pitch.

Said three hoops appear to be quite large... large enough for a human to fly through: 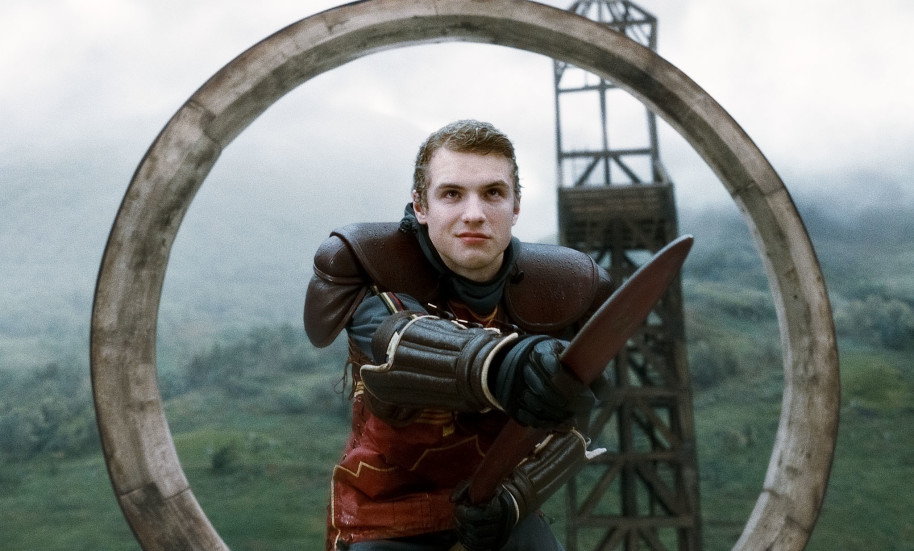 Is it legal for a Chaser to score by holding the Quaffle and flying through the hoop themselves? Or is there some rule that stipulates scoring must be done otherwise?

Understandably it would be difficult due to the opposing Keeper, any Bludgers flying around nearby, and necessary angle of attack (on top of flying at relatively high speeds), but there's no shortage of similarly outlandish plays throughout Quidditch history and the Harry Potter novels/movies, so I'm a bit surprised that such a scoring method isn't shown or at least attempted to date.

No, that is considered a foul.

So while it is possible, it is against the rules of Quidditch. Any goals made this way would presumably be disallowed, as is explicitly stated to be the case in another example of Chasers scoring in ways against the rules.

â€śA new rule was introduced which stated that only the Chaser carrying the Quaffle could enter the scoring area. If more than one Chaser entered, the goal would be disallowed.â€ť
- Quidditch Through the Ages

Therefore, it would be a waste of time to try it rather than using that effort on an accepted way of scoring goals.

4
In the Harry Potter books, how many wizards/witches make their living through Quidditch in Britain?
78
Why did Wood have Muggle golf balls?
48
Why didn't Gryffindor already have a Quidditch Seeker before Harry's appointment?
22
Is there any Quidditch match where the Snitch did not make up for the score difference?
2
Why does Quidditch Through the Ages not discuss the Snitch's flesh memory enchantment?
2
How is the team name order determined for House Quidditch games at Hogwarts?
45
The punishment is small and the reward is high, so why not foul the Seeker?
3
If the seeker only touches the snitch, would that count as catching it?