I read this book a while ago and I forgot the name. The cover has a big Ferris wheel on it.

The main character is a girl and she lives in a small apartment thing with her mom and her dad and basically there are these aliens that live in the ocean contained in a special camp. Then for some reason they let the children of those sea monsters go to school?

Sixteen-year-old Lyric Walker’s life is forever changed when she witnesses the arrival of 30,000 Alpha, a five-nation race of ocean-dwelling warriors, on her beach in Coney Island. The world’s initial wonder and awe over the Alpha quickly turns ugly and paranoid and violent, and Lyric’s small town transforms into a military zone with humans on one side and Alpha on the other. When Lyric is recruited to help the crown prince, a boy named Fathom, assimilate, she begins to fall for him. But their love is a dangerous one, and there are forces on both sides working to keep them apart. Only, what if the Alpha are not actually the enemy? What if they are in fact humanity’s only hope of survival? Because the real enemy is coming. And it’s more terrifying than anything the world has ever seen.

This review has the bit about alien children going to school:

Three years ago, 30,000 of the Alpha walked out of the Lower New York Bay and onto Coney Island. Since that time, the area has been subject to Martial Law, the communities segregated. BUT. After myriad meetings and negotiations, attempts at integration are to begin with the addition of Alpha teenagers into one of the local high schools. If successful, more Alpha teenagers will be added to the student populations of other high schools, and thus will begin the first step toward peaceful coexistence.

The cover has a Ferris wheel: 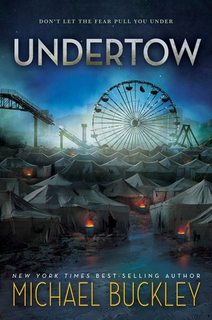 Found with the Google query scifi book alien ocean camp ferris wheel site:goodreads.com/book and looking at the images results; the first one was the cover for the second volume (Raging Sea), which also displays a huge Ferris wheel; as it looked promising, I checked what the first book was about. 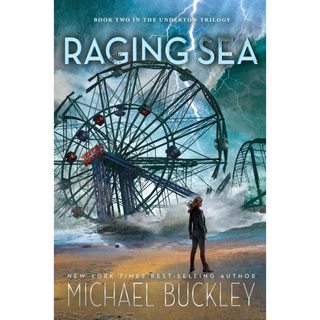 8
YA dystopian set in flooded London, protagonist is a girl
8
Kids book about aliens taking a human as a pet
6
Looking for the name of a book from my childhood
5
Help me find this supernatural/fantasy book about the daughter of a rich criminal
10
Science fiction book series about aliens that look exactly like humans, protagonist tries to rescue her brother from a government camp ran by aliens
7
Book about a girl who learns about her psychic powers from an old lady neighbor
3
Manga about a girl who lives her life as if she was in a manga
4
Book series about a kid who lives in Chicago and goes to a school for “special” children, where they can have pets (one is a talking rabbit)
6
Scifi book where boy finds he has telepathic/telekinetic power, becomes a slave and has to fight against others in arena as aliens champion/proxy