What is the connection between Dragon Ball and Hawaii?

In Dragon Ball Z, there are several connections to Hawaiian culture within the series. There are various huts and "Hawaiian shirts" present, and the Kamehameha is named after one of the most prosperous kings of Hawaii. I was wondering, why did the creators behind Dragon Ball incorporate so many elements from Hawaiian culture into the show? It certainly integrated well, but I don't know why it's there. 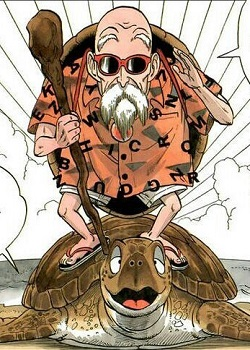 TL;DR: There is no intentional allusion to Hawaii influence; "Kamehameha" being both the move's name and the Hawaiian king is nothing but coincidence. As for the Hawaii-themed paraphernalia, they are frankly there just because Toriyama likes the look of them, there is not much deeper reasoning than that.

The fact that the "Kamehameha" move shares the same name and pronunciation as King Kamehameha the Great is pure coincidence; it has nothing to do with being inspired by the king or Hawaiian culture. If I remember correctly, Akira Toriyama (the author/creator) insisted on something that started with "kame-" in order to retain the relation with the Turtle Hermit and only learned about the king sometime after he published the move, and apparently it stuck because the name was over-the-top and silly enough for him to remember well.

The name of the move "Kamehameha" is a compound of three Japanese words: 亀 (kame), はめ (hame, which is a shortening of 破滅 (hametsu)), and 波 (ha), which together form a literal meaning of "Turtle Destruction Wave". The reason why it is pronounced like that has to do with the complicated ways as to how kanji (Sino-Japanese words borrowed from ancient Chinese) is read. In short, all kanji have at minimum two ways they can be read: a native "old-Japonic" pronunciation called kun'yomi and a pronunciation based on the original Chinese called on'yomi. Some kanji can have six or more ways, depending on many interpretations. When combining characters into a name or a phrase, a word will use one of those two pronunciations and the rest will usually conform to follow it, though there are those combinations where a blend of both can be seen. Many Japanese name puns for fictional characters are made in this manner (Ace Attorney and Sailor Moon are extremely guilty of this). In this case, "kame" is in kun'yomi reading while "hame" and "ha" are in on'yomi reading.

In another interpretation, hame could've derived from a transitive/conjugate verb of the same spelling meaning something more akin to a difficult situation or a struggle. While this sounds more plausible, as the intentional shortening of kanji readings is rarely found (but not impossible) in standard Japanese speech, Toriyama is a man known for not being picky with his puns and naming conventions. He's infamous for jumbling words around in multiple languages and leaving parts of words out to dodgily combine other words in. Making up things like this is allegedly one of the reasons why he loves science fiction after all. If Toriyama was serious in naming the attack solely after the Hawaiian king, in Japanese script it would be written in katakana, the syllabary used almost exclusively for foreign words and names.

(If you don't know what a syllabary is, it is essentially an alphabet that uses characters, symbols, or pictographs to represent whole syllables, rather than individual letters that represent phonemes. The Japanese language has three syllabaries: hiragana (the basis of native Japanese), katakana (used for loanwords and most anything of non-Japanese origin, for example many sports terms are transcribed from English and many medical terms come from Dutch or German; also used by youths to appear "cool"), and kanji (logographic system borrowed from ancient Chinese before the other two writing systems came to be, composed of parts called semantics and radicals to represent entire words, things, or ideas; is an entire dictionary of its own).)

As for the huts, flora, palm trees, Hawaiian shirts and other stuff occasionally present in Dragon Ball, remember that Toriyama and a lot of his peers grew up in the 1970's and 80's. Pop culture such as films, music, and celebrities promoted many funky things and styles (look at Vegeta's "Bad Man" shirt). The tourism scene of Hawaii was amongst them, and there was a surge of Japanese citizens and students who wanted to travel or study overseas, simply because they were finally able to freely do so since the end of the war. Thanks to its relative proximity and warming relations with the United States, Hawaii was one of the most popular locations for Japanese to visit or fantasize about back then, and still is to this day. Hawaii-themed paraphernalia was simply a popular thing of that time in Japan, much like with the rest of the world. The commercialising of Hawaiian stuff is also prominent in another cartoon, One Piece, to the point where, last I've been to O'ahu, there are tourism buses and street trams themed after One Piece with the cartoon's characters plastered all over them.

Of course then you might think, doesn't the southwest of Japan have a tropical climate? Don't the Satsunan, Ryukyu, and Okinawa islands also got huts, flora, palm trees, and seem Hawaii-like already? Well yes, but those places are still considered natively Japanese, and many Japanese people have a "half-taboo" fascination for anything foreign, even if they've got a hard time comprehending the matter. Ultimately, this part of your question is difficult to directly answer. I could easily say that Toriyama added in random bits of Hawaiian paraphernalia into Dragon Ball just because he likes them, and that honestly would be a valid answer. In hindsight, this carries the same bare weight as saying Ghidorah's design is based on a Slavic dragon just because some guy at Toho likes Slavic dragons, or that in the movie Dragon Ball Fusion Reborn the only reason to have Goten and Trunks fight off a caricature of Adolf Hitler and his zombie army and Panzers instead of just more Red Ribbon army troops, was simply because someone thought the idea to be funny and entertaining.

I can frankly ask the same thing about why South Park's depiction of hell is that of a big lu'au, with barbeques, devil girls as dancers, and Satan being a big nice easy-going guy who enjoys fishing. Why does Spongebob's musical score have lots of ukulele music? It certainly fits the setting for most people, nevermind the fact that Bikini Atoll in real-life is not part of the Hawaiian archipelago and was used for atomic bomb testing in the past.

3
If the Namekians can "create" an extremely powerful dragon, why couldn't they help stop Buu?
3
What is the difference between the Legenday Super Saiyan form and the normal Super Saiyan form?
2
What was the Freezer & Cold Planet Trade Organization's profit in Dragon Ball series?
4
What does the logo of the resistance in "Dragon Ball Super" stand for?
4
What happened to Shula after Dragon Ball and what happened to the golden blade?
4
Why are the Dragon Balls in episode 41 small if they are Namekian?
16
What is the name of this Dragon Ball character?
7
Why do "Dragon Ball Z" characters often wait for each other's transformation to complete?