I am looking for a movie, likely based off of a book, that shows kids who were in a large house with animals (maybe snakes, etc) which were abnormally large and escaped cages.

I remember the kids also sometimes stole from the town, which was likely a fishing town. It had a certain foggy style that was European and on a steep edge towards a lake. One of the houses that was over the lake, which was very exaggerated and was completely over it, decayed in a storm or something like that and it fell into the lake. Inside of that house was something that the characters needed.

The second guardian is Dr. Montgomery Montgomery, a herpetologist, who owns a house with oversized cages. 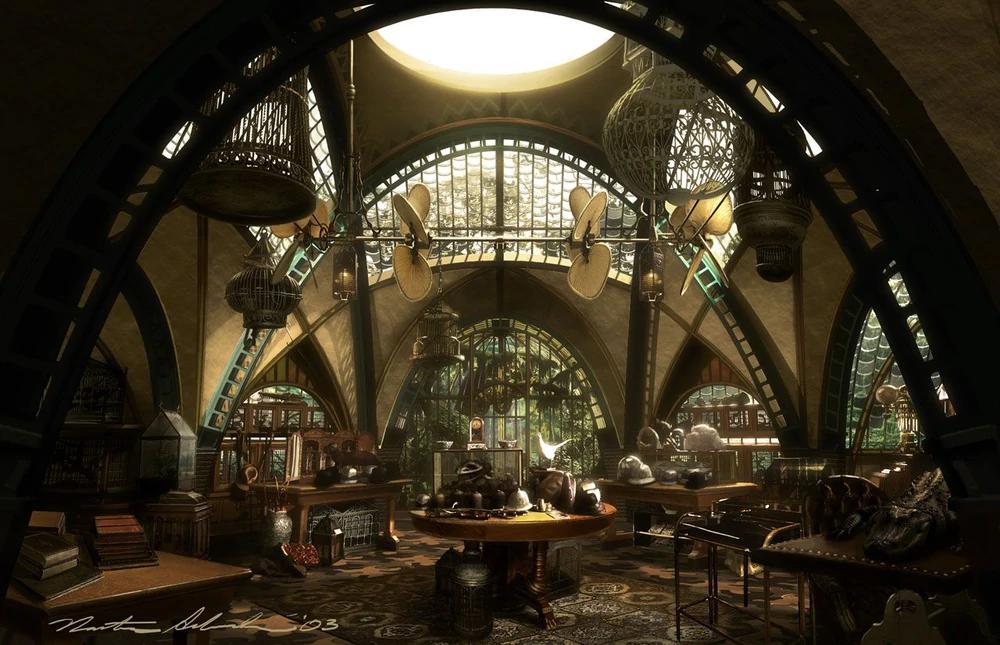 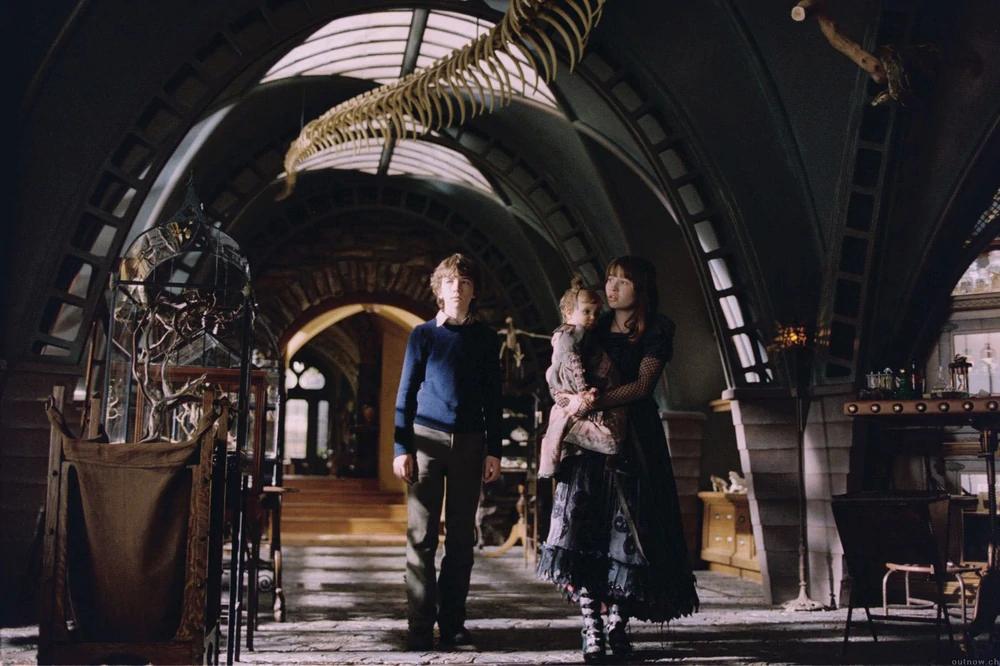 The fishing town with the house over the lake is from the 3rd book/guardian. The house is located at Lake Lachrymose Cliffs, and owned by Josephine Anwhistle. It is eventually destroyed during a storm and falls into the lake. 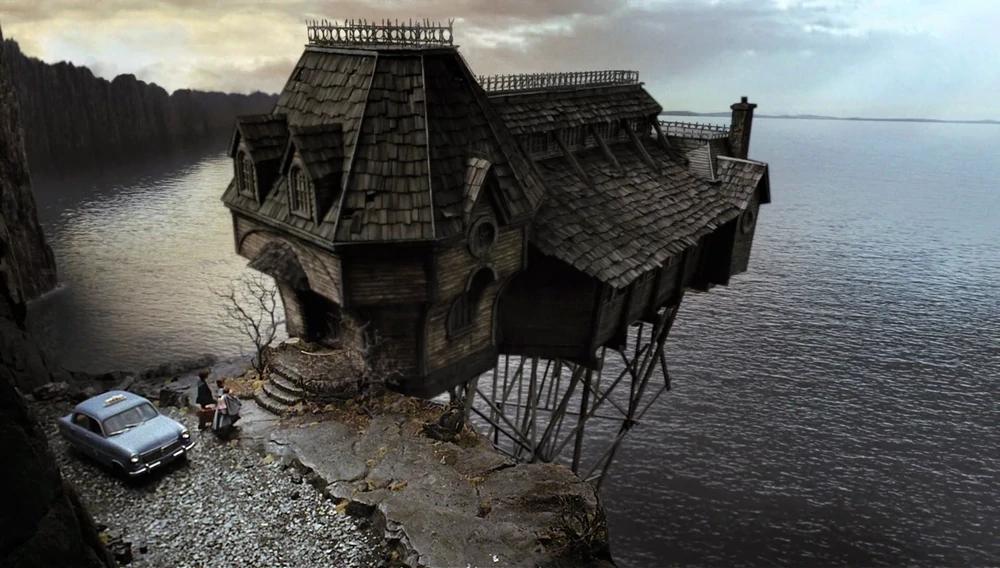 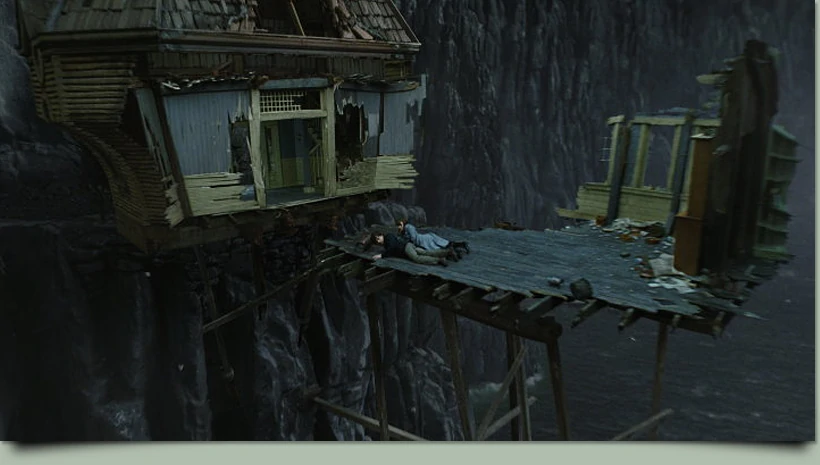 These images were taken from their respective wiki pages.

This sounds like the 2004 film adaptation of Lemony Snicket's novel series A Series of Unfortunate Events, which adapted and condensed the first three novels in the series:

The series and film, as well as a Netflix television adaptation, tell the story of the Baudelaire Orphans and their misadventures after their parents' death as they are pursued by a nefarious (a word which here means "very nasty and one-eyebrowed") villain named Count Olaf, who desires the children's family fortune. Most of the books have the Baudelaires being sent from extended family member to extended family member, only for Count Olaf to show up in disguise and wreck any hope of a peaceful life with their new guardians.

The "large house with animals" segment you mention describes the portion adapting The Reptile Room, involving a relative of the Baudelaires' who is a herpetologist (a scientist studying snakes and reptiles) and has a vast collection of strange and unusual reptiles in his home.

The lakeside house that eventually falls into the lake refers to the home of Aunt Josephine in The Wide Window, which is built precariously on a cliffside over Lake Lachrymose and does indeed fall into the lake during a hurricane as you recall.

11
What was the short TV mini-movie in the 1970s where a college student restores a old car and then goes back in time in it
17
Story Identification: young adult fantasy series, possibly published in 70s-90s, christian fiction
32
Really awful 1970s movie about mercury dumped in a lake that caused monsters to attack
16
Chinese-language movie about an alien boy with the ability to grant wishes
4
Movie where a meteor/asteroid crashes into a lake?
6
Movie where a circus ringmaster turns people into animals
2
Fantasy novel involving a contest with mounts and targets, and eventually a confrontation in the dream world
5
What's the name of this 80s-90s movie with a monster in a lake?