Back in the 90s I read a comic book about a group of bounty hunters (not sure anymore) in space, who killed a gigantic space lifeform (somewhing like a whale in free space) by going into its guts and blowing up a bomb there. Their captain was seriously injured by the stomach acid of the lifeform.

After they killed the lifeform, they used the exoskeleton of the dead lifeform as their new spaceship.

Their captain from now on due to his burnings was forced to live inside some kind of incubator inside the ship and controling it by some kind of telepathy.

Not an exact match but I think it could be Alejandro Jodorowsky's The Metabarons.

In Book 3:Aghnar Othon flies into the mouth of a whale/cyborg/ship called a Cetacyborg and is able to destroy it from the inside. However, the Cetacyborg’s intestinal acid corrodes Othon’s lungs in the process. 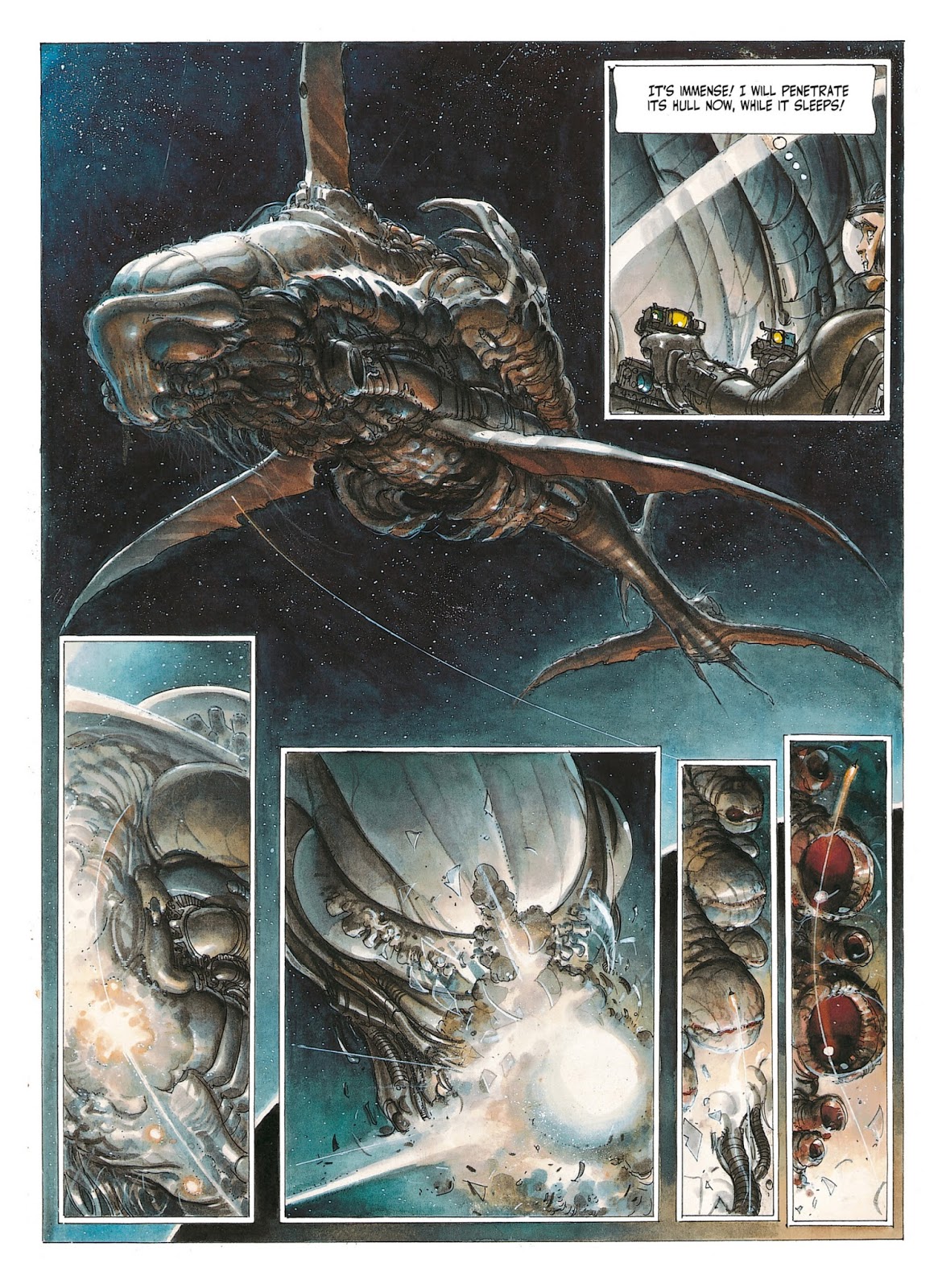 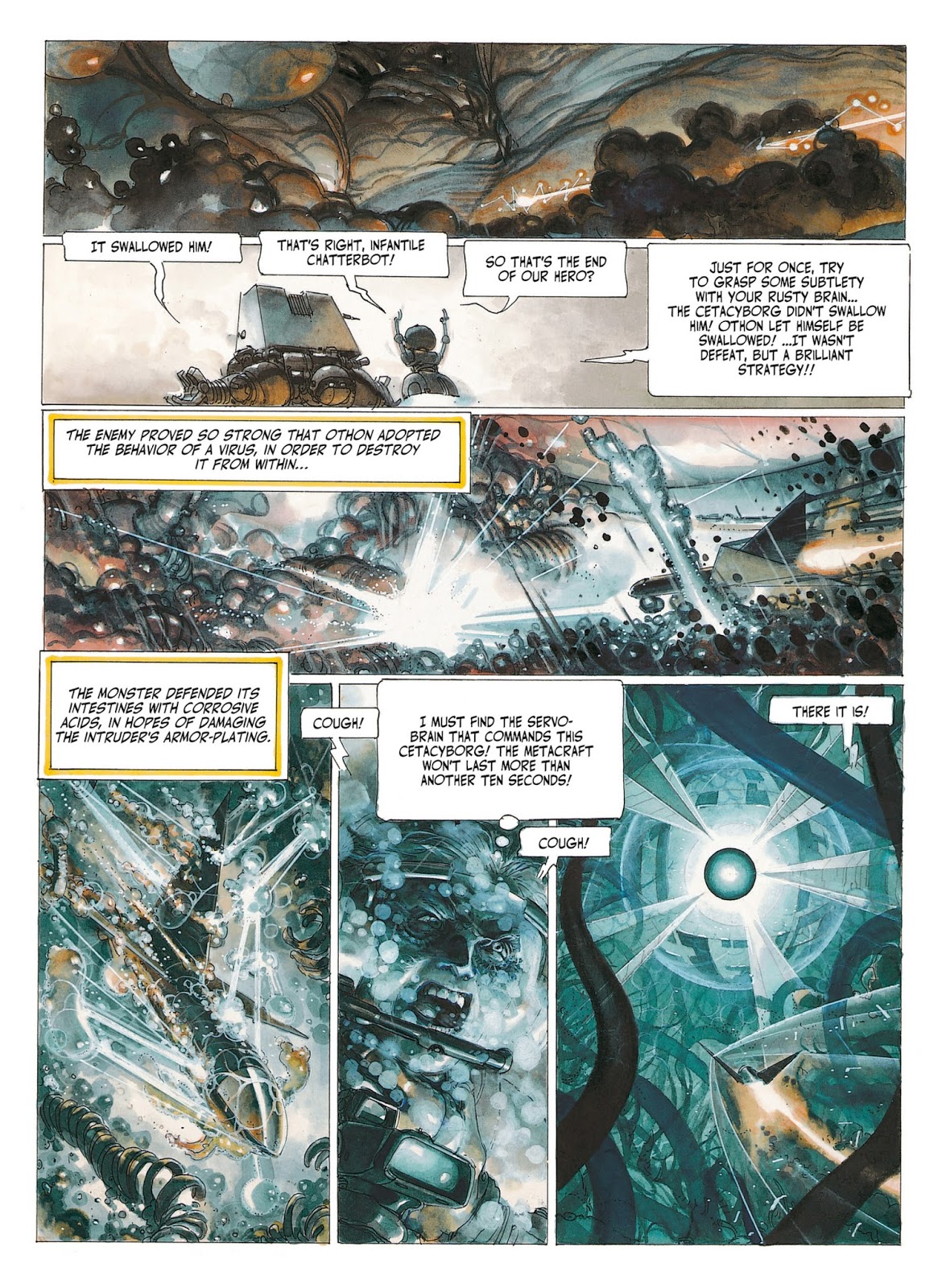 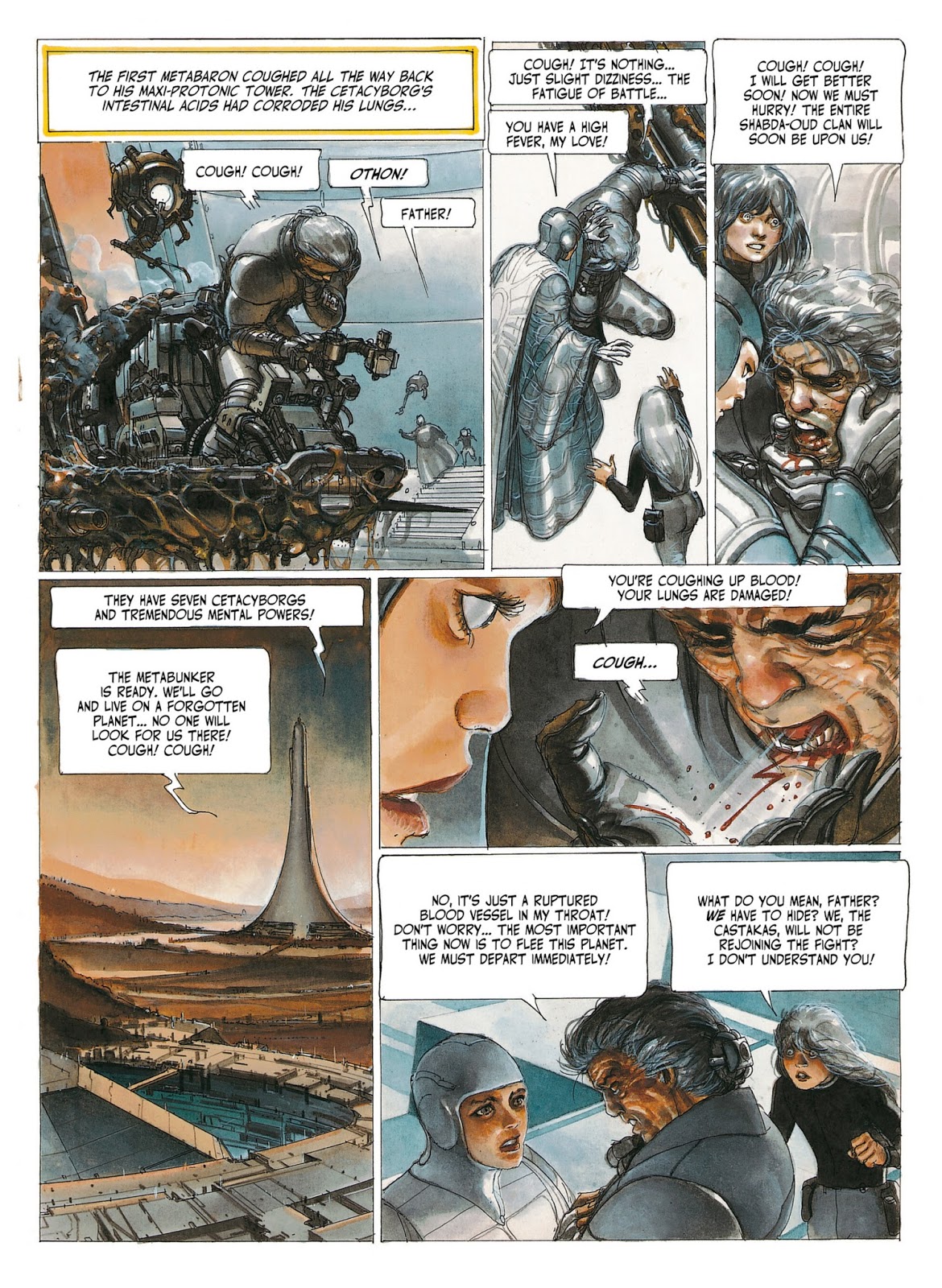 At a later point his son is able to take command of another Cetacyborg by mind controlling it's pilots.

11
Name of a YA sci fi anthology?
6
Searching for European Scifi Comic (80s-90s) about flight to new earth
8
A comic about a girl traveling in bizzare techno organic landspace
7
Comic character from the 90s who resembled Spawn
5
90s comic about a grim fantasy world with flaming swords
3
Adult comic about a robot that exterminated all organic life
5
90s/2000s French comic about kids accidentally summoning a monster