This question sparked a memory of a different movie. The main thing I remember is that there was a pair of girls pair of siblings (twins, I think) who for the most part of the movie were fleeing from someone to somewhere. They had minor superpowers. One of them was definitely opening locks and starting machinery with telekinesis. I remember that they helped out and started someone's car like that. In the end they met some other people and it was revealed that the girls siblings are actually aliens. Possibly they met their family? Then they took off in their spaceship (it was a happy ending). The whole thing was a children's movie, not horror or thriller or anything like that.

This is most likely Escape to Witch Mountain (1975); the only thing that doesn't match the question is that the two alien siblings are a boy and a girl. The film, which was a favorite of mine when I was young, was based on the 1968 novel by Alexander Key (probably best known as the author of another children's novel about an alien with psychic powers who is trapped on Earth, The Forgotten Door). It was followed up with a sequel and a feature-length pilot for a series (with different actors, since the Kim Richards and Ike Eisenmann had grown too old to play the main characters).

From the plot summary, per Wikipedia:

The movie centers upon the brother and sister pair Tony and Tia, whose surname they initially know only as that of their deceased adoptive parents, Malone. The children are placed in an orphanage, where they face difficulties stemming from their strange psychic/psionic abilities: Tony can psychokinetically move and control inanimate objects with the aid of his harmonica, while Tia can communicate telepathically to Tony, commune empathically with animals, and experience premonitions. Tia also possesses minor telekinetic abilities. She carries a "star case" with her at all times, which eventually reveals a strange map.

During a field trip to see a movie, Tia experiences a premonition and warns wealthy attorney Lucas Deranian against a potentially dangerous accident. Deranian informs his employer, millionaire Aristotle Bolt, of the children's unique abilities. Bolt, obsessed with the paranormal, demands that Deranian retrieve the children at all costs. Deranian's detective work leads him to the orphanage, where he poses as Tia and Tony's uncle, though not under the name Bené, and takes them to Bolt's mansion.

Though initially suspicious of Bolt's motives, Tia and Tony are lured in by the wealthy trappings of Bolt's home. Bolt eventually reveals that he has been monitoring the children via a closed-circuit television system and that he and Deranian are fully aware of their unusual powers. The night of this revelation, Tia and Tony make an escape, using their abilities to psionically control a wild mustang, guard dogs, and the security fence, as well as using Winkie, Tia's cat, to make the allergic security guard let them pass.

As their memories begin to fully return, the children realize their accident at sea did not involve a boat but a spacecraft. Tony and Tia are actually of extraterrestrial origin; the double star emblem on the star case stands for a binary star system where their home planet was located.

Having come to Earth because their own planet was dying, survivors of the journey made their way to Witch Mountain and formed a community to await the surviving children, each pair in possession of a star case to help them find their way to their new home. Tony and Tia are the first to reach their destination. The children are reunited with their Uncle Bené (who survived after all, thanks to an "accommodating" shark whom he'd telepathically asked for help) and board another spacecraft.

Here are the two protagonists, along with Donald Pleasance as Deranian. 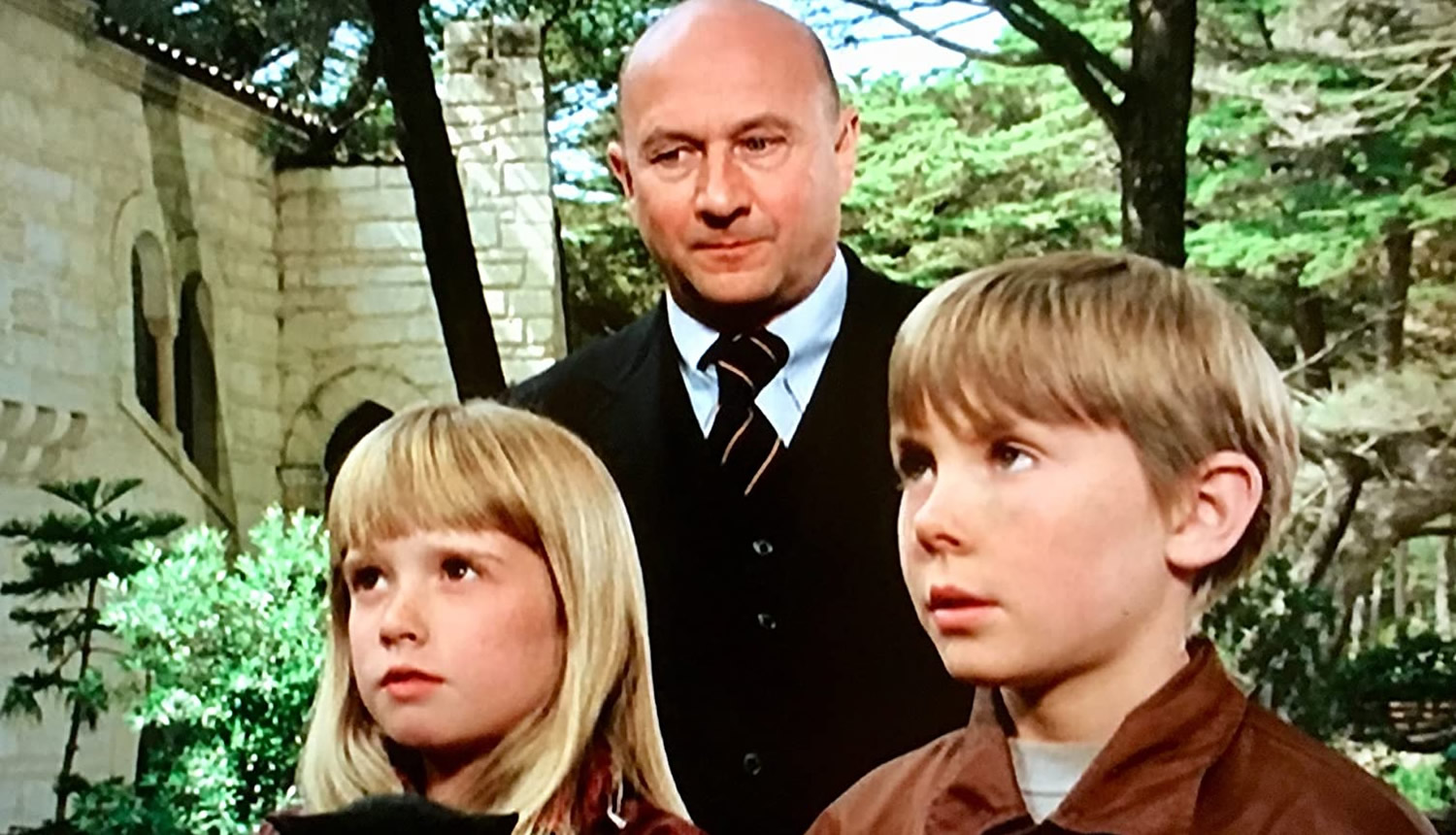 Not the answer you're looking for? Browse other questions tagged story-identification movie aliens telekinesis or ask your own question.

9
Looking for movie with telekinetic lockpicking
9
Trying to remember a movie: Brother and sister with special powers, including restoration