Likely written in the last 5-10 years, this is a YA fiction/low fantasy series mainly set in a high school and then college-like environment. There were some kind of arena fights at the school and the competition might have included students at other schools.

At some point, the protagonist gains access to an underground library with a talking/sentient book that he breaks in to see and I think eventually steals, likely with some kind of invisibility.

I believe the main character ends up killing his (twin?) brother, and they were linked due to their magic being opposite in color (maybe light and dark?). I think the protagonist may have been the "darker" magic color.

The timing is a bit off because this was written in 2018 not five to ten years ago, but could this be The Magician's Brother by H. D. A. Roberts? 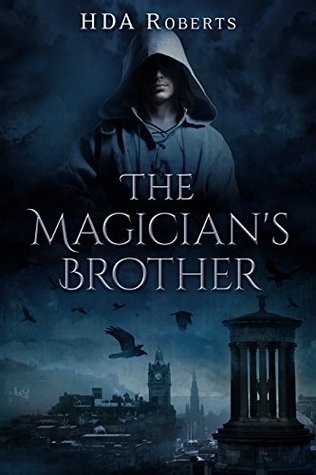 The protagonist is Matthew Graves and his magic is literally dark:

Every magician has a specialty; for your adept (the lowest rung on the magical ladder), it's often little more than a single spell, lighting a fire, for example. For your Wizards and Sorcerers, it can be an entire element or even two. For the less powerful, that's often all they have, but your stronger mages are able, with enough practice, to cast a wide variety of spells, as long as you have the skill to craft it and the power to charge it. But your specialty will always come easiest to you.

For me, it's Shadow.

Otherwise known as Umbrakinesis. Now, that sounds fun, doesn't it? The very darkness itself jumps up and does what it's told, what could be more fun? Very good questions, and of course I might well agree with you... if I wasn't afraid of the dark

It is set at a school, and there are magic duels. The book starts with the protagonist's brother Desmond practicing in the gym for the next competition (and getting a kicking :-).

My brother threw a fireball. His opponent raised her hand, and a single gesture sent it ricocheting back towards him. He waved his hands frantically, trying to dispel. Idiot. The ball was moving too fast, and his counter-spells have always been too slow. He should have dodged and cast another attack spell; his only advantage in the match was his raw power.

Belle was just too quick and far too smart to fence with. Ah, he's got the fire out and... Belle hits him in the face with an ice-ball. Desmond's shield glowed, but enough force was transferred that he hit the floor (with an amusingly solid thump), match over.

Matthew does use an invisibility spell, but it's not to steal a book. It's a remote observation spell:

I sat down carefully, fully releasing my focus into the spell. It was a remote observation enchantment, and quite a complex one, combining about seven smaller spells into the whole, not including the light refracting shell, which functioned as basic invisibility (to my frustration, I hadn't been able to figure out how to make it work on a human body).

He gets caught by two villains and his magic skins them alive - I did say his magic was dark!

Matthew doesn't kill his brother, but there is a conflict between them because Matthew is Shadowborn with his brother is Lightborn, and there is a natural antipathy between the two, especially when they are brothers.

I flicked through. It was an essay type document, with references and points by section, dealing with each case in turn. It confirmed what Kraab had told me, and my blood ran cold as I read on. There were, in fact, six records of twins like Des and I. All six Shadowborn were murdered by their siblings. The author of the document even went so far as to theorise the existence of a curse on such brothers, due to the consistent end result.

This look like the Black Prism by Brent Weeks: 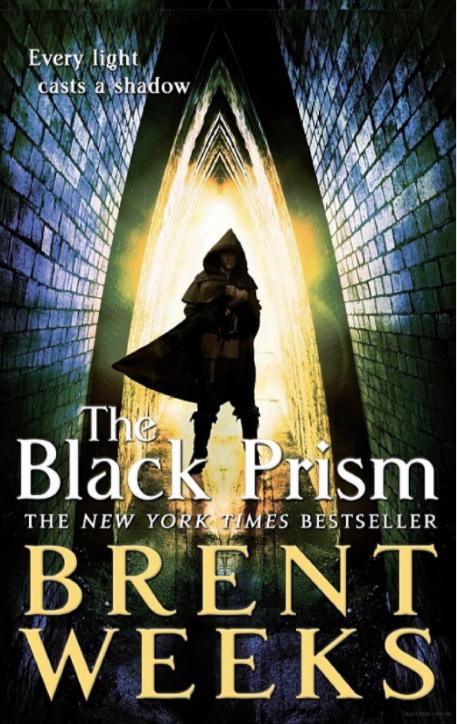 Guile is the Prism, the most powerful man in the world. He is high priest and emperor, a man whose power, wit, and charm are all that preserves a tenuous peace. Yet Prisms never last, and Guile knows exactly how long he has left to live.

When Guile discovers he has a son, born in a far kingdom after the war that put him in power, he must decide how much he's willing to pay to protect a secret that could tear his world apart.

The magic system is based on the drafting of color, transforming light into luxin, a physical thing. Each color have it's own texture and effect on the character of the one who draft it (red is inflammable and make the drafter angry, blue is kinda like glass and make the drafter calm and compelled etc).

A lot of the action take place in the chromeria, the place where drafters learn to draft and siege of the government / religion (where the Prism live and all).

At some point one of the character train to be a blackguard, an elite corps. The exam to become one is actually a fight against other trainee in a gym.

Gavin Guile did kill his brother after a civil war because his brother claimed to be a Prism too (and there can only be one).

The rest is a bit spoiler but

We learn at the end of book 1 I think that Gavin is actually Dazen, his brother and that he replaced him because he looked a lot like him

We also learn around book 4 that Dazen isn't a prism at all but a Black drafter (he can draft black magic that absorb other color, cue the "opposition" between the prism that can split white into other colors and the black that absorb.

No real idea about the book though, there is some things with an underground prison but nothing else sadly.

There is invisibility though, with cape that can split light that one of the protagonist use extensively.

8
Trying to remember a contemporary fantasy novel involving white and black magic lodges
12
YA dystopia novel of battle school with unusual military control scheme
8
Fantasy book with color-coded magic with gold magic as highest and enchanted armor
3
Fantasy Book with color coded districts and underground school
9
Sci-fi manga about a boy with an alien girl classmate
7
YA Series about a boy who gets a Aztec (?) armband, gains powers when tokens placed in it
8
Book about a society that used runes to harness elemental magic, which they learned about in schools