Is this image of Jean-Luc Picard sourced from a TNG episode?

I recently played Star Trek: The Next Generation: Echoes from the Past, and was greeted by the following image of a front-facing Picard on several screens: 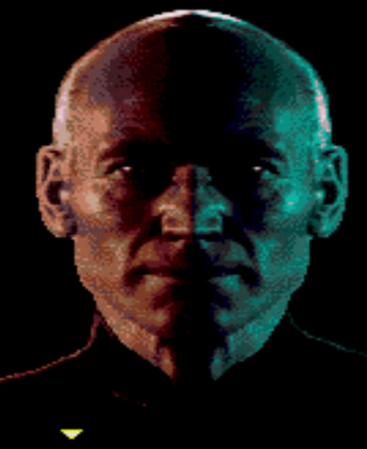 I at first assumed that the image was hand-drawn pixel art, made from scratch for the game, but according to Memory Alpha's page on Future's Past, another release of the same game, many visual assets used were traced from TNG: 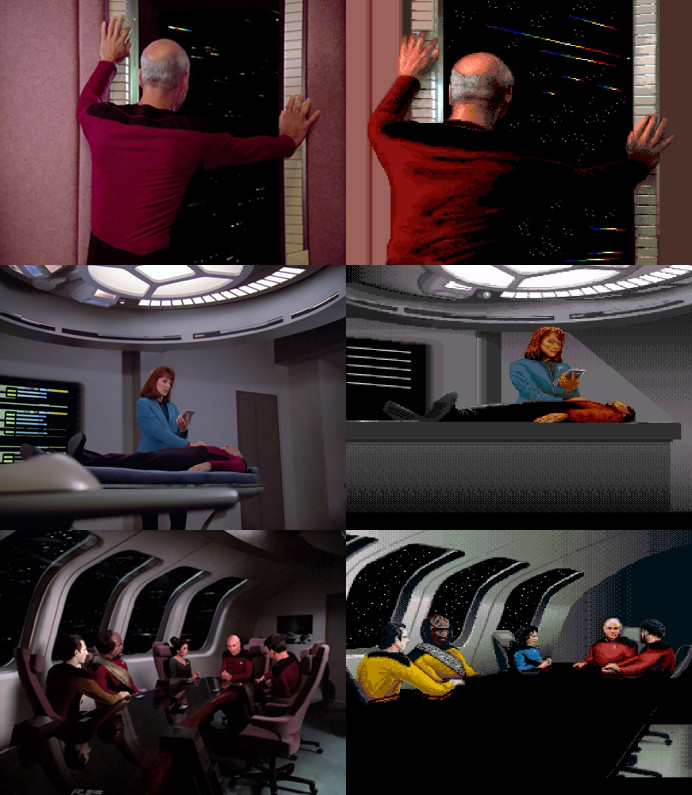 As someone researching this game, I would appreciate any leads on the source of this image.

It obviously isn't an exact shot just pixelized (the perspective is a little different and he is wearing a post-S2 uniform with a higher collar in the pixel image), but appears very much based on said opening. 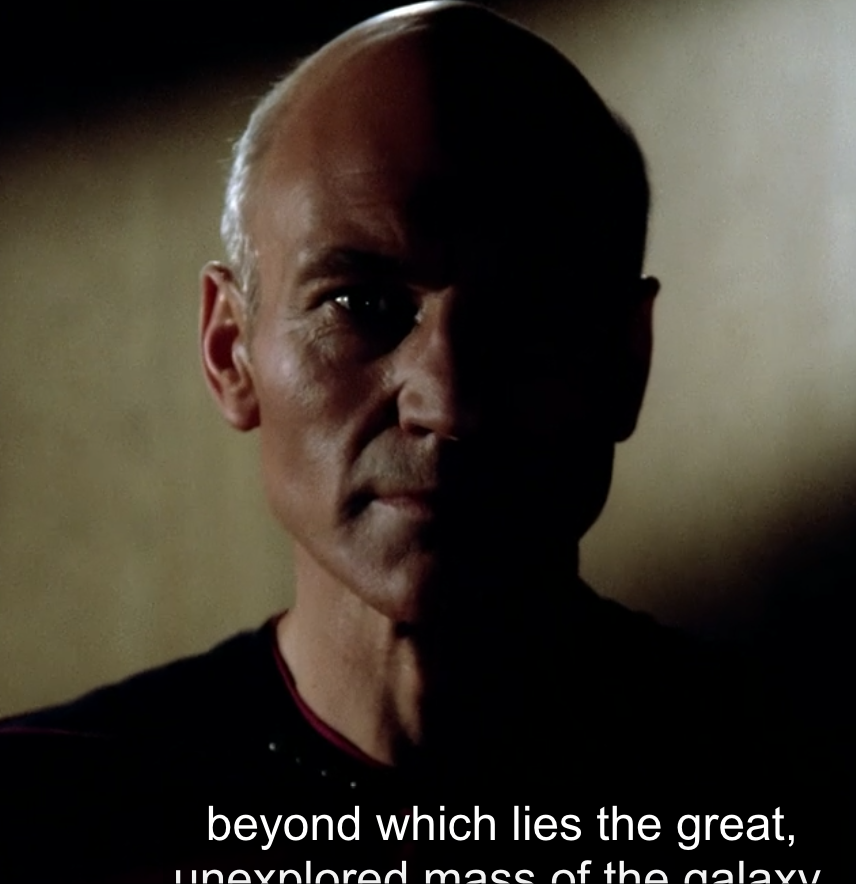 It could be the same image, and they just used the left side, then did a mirror image for the right side. His face almost appears * too * wide and it is nearly exactly symmetrical

Here's a quick version I just made in Photoshop using the mirror image idea: 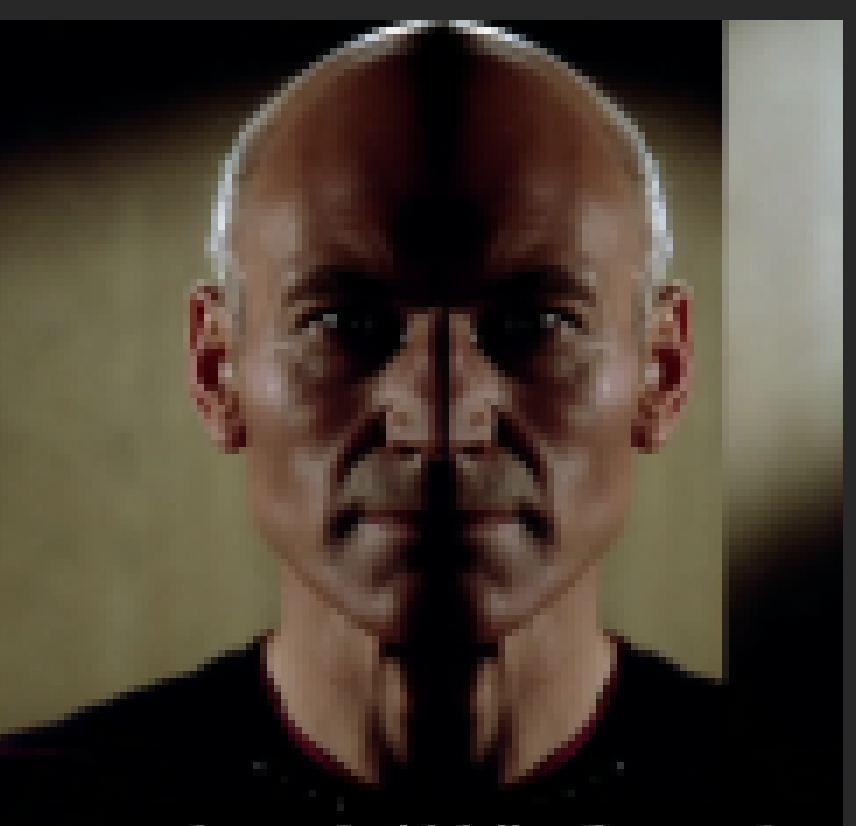 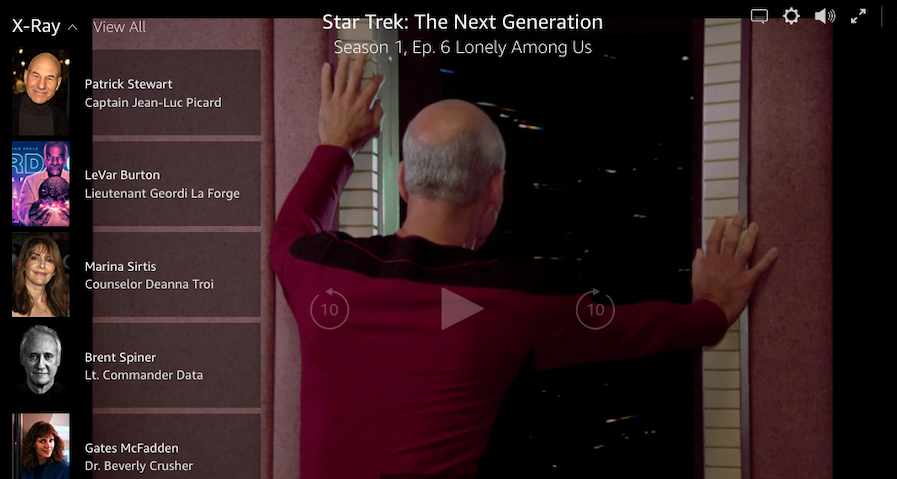 The Dr. Crusher scene is from S1: The Battle 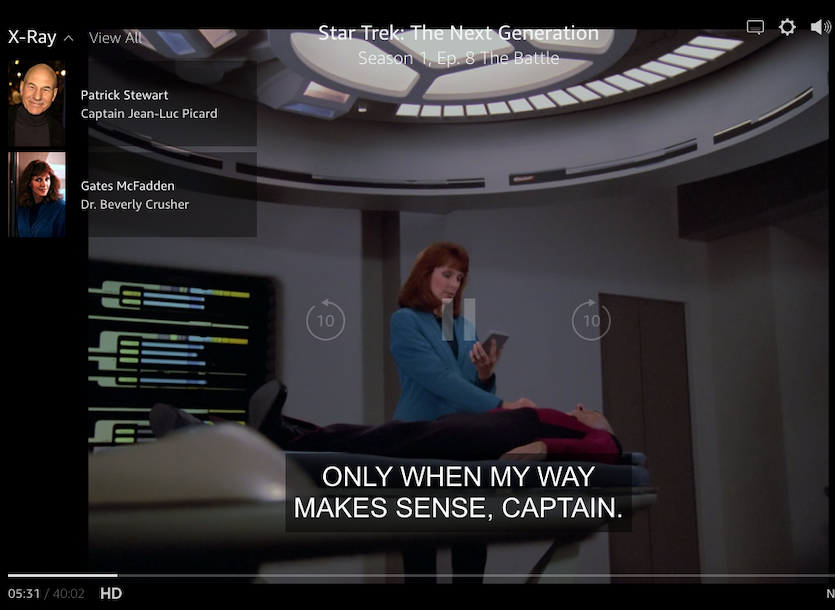 And finally, the conference room scene is from Season 1: The Neutral Zone 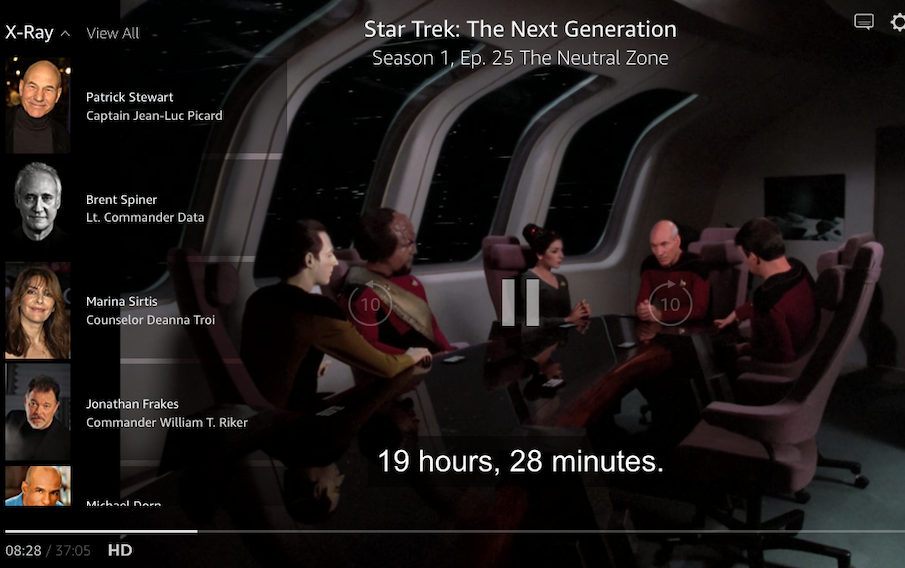 Not the answer you're looking for? Browse other questions tagged star-trek star-trek-tng jean-luc-picard image-identification or ask your own question.

46
Is this image of Picard using Data as a phone from an actual episode?
2
Which ST:TNG episode contains image of surprised Picard face?
6
Where is this Darth Vader image from?
10
What TNG episode is this clip of Jean-Luc Picard wearing a suit from?
90
From which Star Trek TNG episode/movie has this famous facepalm image been taken?
9
Why were only Jean Luc and Guinan so outright hateful to the Borg ("I Borg")?
14
Where is this Star Wars image from?
9
Was Jean-Luc Picard inspired by Hornblower?