Ask Question
Asked 10 months ago
Active 10 months ago
Viewed 230 times
10
This question already has answers here:
Identify a fantasy series with ancient wizard who was training a young hero to fight a sleeping evil god (3 answers)
Closed 11 months ago.

I'm looking for the name of a book series I read when I was younger (maybe early 2000s?) that follows a family of very long-lived wizards/magicians who live in a tower in some sort of secret grove and watch human society evolve from a distance.

There are multiple books, possibly each one following a different wizard/generation of wizards. I think one of the main characters is a woman who dresses in blue.

I think the opinions of the common people towards magic change throughout the series, but definitely at some points they're feared/hated/persecuted and have to hide their identities when they go out into the world.

One of the early novels might follow a human man/boy who meets a talking cat (possibly one of the wizards in disguise) which helps him unlock his magic powers. I think there's a scene where he's defending a castle and uses a spell to multiply his breath into a gale that blows away attackers.

There's a scene about the trees in the forest around the wizards' grove. They dive into the tree's minds and see their slow-paced long-term view of the world.

The wizards might worship, or even be servants of, some sort of god that lives in the grove with them.

Near the end of the series they have a confrontation with an evil uncle who lives in a cave or something.

This sounds a little like the David Eddings series, The Belgariad and The Malloreon.

There are 5 books in each series, dealing with Belgarion, his friends that he meets along the way and many characters, from his time as a boy on a farm through to his final confrontation with the personification of an "evil" prophecy. In addition Belgarion's grandfather and great aunt are the famous sorcerers Belgarath and Polgara, who have been involved in the dealings of men for over 5000 years.

The grove could be the Vale of Aldur, it is in this forested area, where Belgarath and his fellow sorcerers (who have become brothers through worshipping the god Aldur) have all built towers in which to live. In the Vale there is a particular tree, called the oldest living thing in this world. The tree has cameos in a few of the books in the series, and there are a few characters that are drawn to it (Eriond and Ce'Nedra being two of them.) IIRC when Eriond talks to the tree he narrates to Belgarath the feeling of time passing and the turning of the seasons and how it is humans that view the world at such a fast pace.

The evil uncle in a cave could be one of Belgarath's brothers (Zedar) who deserted to the evil god Torak, the confrontation at the end of the 5th book of the Belgariad begins in a crypt, and Belgarath seals Zedar in solid rock miles below the surface during this confrontation.

One event of the first book of the Malloreon is where Belgarion uses the weather to halt a battle in a country, he uses lightning and thunder as I recall to get everyone's attention.

Thinking about the use of wind there is a scene in the fourth book of the Belgariad where Ce'Nedra has raised an army, which is beseiged in a city on an island. The enemy has raised a fogbank to try and hide an assault on the island city, but some of Belgarath's brothers who are assisting Ce'Nedra raise a gale to blow the fog apart. This allows the approaching army to be seen and it is decimated by arrow fire from Ce' Nedra's army.

Belgaraion's aunt Polgara is mentioned several times as having the favourite colour blue and is complimented by Belgarath (her father) in one of the books when they stop in a town and she has a dress made.

The only thing I don't remember is a talking cat, but this could be a misremembering of The Redemption of Althalus where the main character has a talking cat as a companion called Emerald (or Emmy).

Is it possible you're remembering the duology Belgarath the Sorcerer (1995) and Polgara the Sorceress (1997) by David and Leigh Eddings? 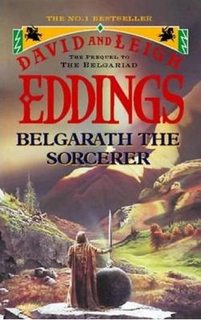 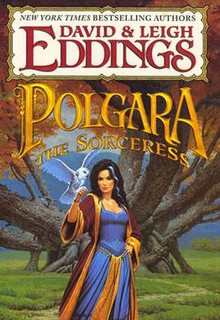 I haven't actually read these, but many of the elements in your question are extremely reminiscent of the setting of the Belgariad:

The stories take place over hundreds or thousands of years, and there's definitely an aspect to shepherding the people and their countries as the sorcerers try to guide the world towards a specific future.

I don't recall the specific episodes you list, but the bit about making a gale sounds like when Aldur is training Garath (before he becomes Belgarath).

4
Book trilogy about magic monks/wizards and an evil empire/kingdom
8
Fantasy book series about a teenage boy who develops powers and can enter another world
10
Children's fantasy novel involving rune magic
14
YA coming-of-age fantasy series, protagonist keeps pigs
7
What children's fantasy series has furry hardback covers and stone-skimming dragons?
3
Movie about two sisters, the bigger one being evil with magic
6
Book about a planet covered in very, very long necked aliens
11
80s/90s fantasy book: female protagonist, demon-related magic, "knife"/"blade" in title...?
7
Book about a girl who can shapeshift into various forms, like hyena and squirrel