Help finding a sci-fi book with a small space ship

It's a book I read probably sometime between 2003-2007 but it may have been published much earlier, I have a vague feeling it was from the 1990s. I'm in the UK.

Stuff that I remember (sorry it's so vague!):

I tried searching around for Alnitak and Alnilam but because they're just real star names I haven't had much luck.

I think this is Infinity Beach by Jack McDevitt. 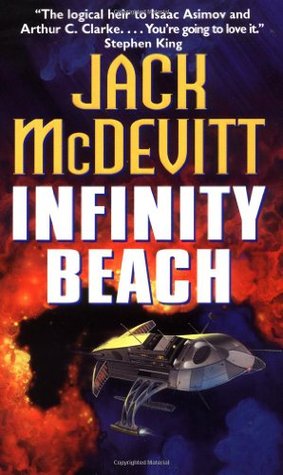 We are alone, because centuries of SETI (Search for Extra-Terrestrial Intelligence) missions found nothing. Until Dr Kimberly Brandywine seeks her clone-sister and the last lost expedition from the Nine Worlds settled from Earth. The ship's log was faked. She loses her career and her lover, steals a starship, and learns too much truth.

The protagonist is Kim Brandywine. The model that turns out to be a real alien starship is called The Valiant (that's the name given by the person who has the model - we never learn what the aliens called it).

I have to confess I don't remember much about the book. It does feature the stars Alnitak and Alnilam. The model originally came from a secret voyage to Alnitak, though it takes a while for Kim to discover this as the ships logs have been altered to conceal the details of that mission. The ship was called The Hunter, and mission was captained by Kile Tripley, but shortly after the return the crew, including Tripley, vanished in a mysterious explosion. At the time of the story the model is owned by Tripley's son.

4
Looking for a space movie with an alien artifact bomb
15
Need help finding a specific Scifi trilogy, 2000-2004
16
Old sci-fi short story where protagonist is the lone survivor of a space passenger vessel that crashes on a semi-hostile planet?
13
70s/80s Sci-Fi book with teleport gates on sub-light spacecraft and an army space suit
11
Sci-fi short story with a microscopic alien spaceship at war with human spaceships