What happened to the Stoor Hobbits?

All I know about Stoor Hobbits is that they lived on the banks of the River Anduin about 500 years before the War of the Ring. Two cousins, Déagol and Sméagol, went on a fishing trip one day that ended with one dead and the other controlled by a precious band of gold. 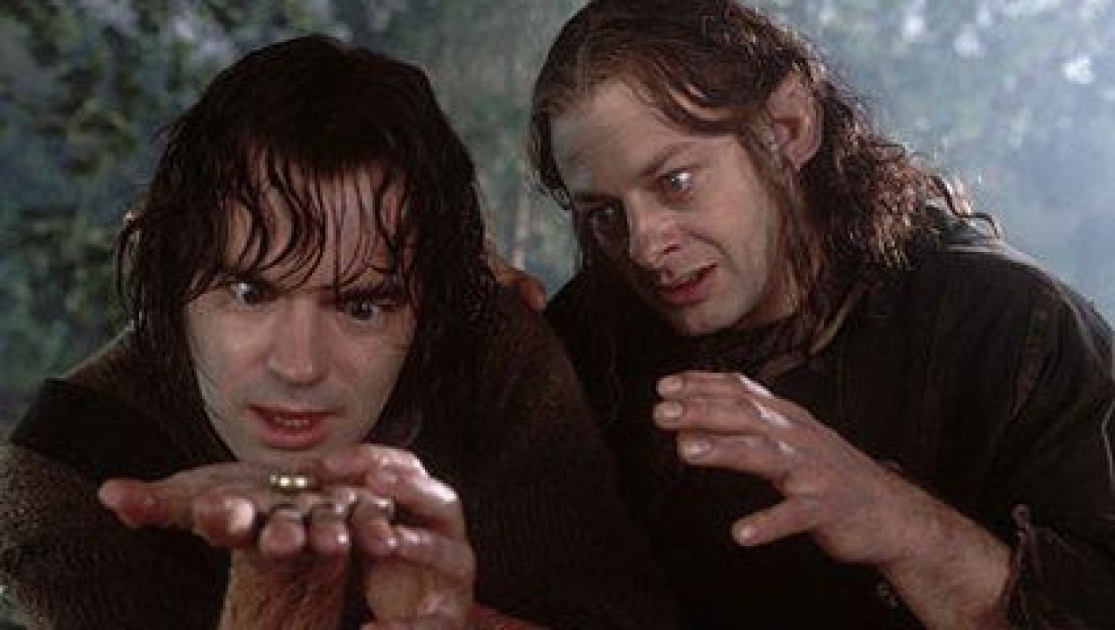 But what happened to the Stoor Hobbits after that?

What was their history in the Second Age and earlier in the Third Age?

Firstly, Hobbits were never mentioned prior to the year 1050 of the Third Age when the Harfoots entered Eriador and in doing so were first mentioned in the records:

1050 The Periannath are first mentioned in records, with the coming of the Harfoots to Eriador.
Appendix B: Tale of Years

The next mention of Hobbits comes in 1150, when the Fallohides entered Eriador and the Stoors move to Dunland and the Angle. This is the first mention of the Stoors in records:

c. 1150 The Fallohides enter Eriador. The Stoors come over the Redhorn Pass and move to the Angle, or to Dunland.
ibid.

According to the Tale of Years, it is after the slaying of King Argeleb I of Arnor that the Stoors begin their next migration:

1356 King Argeleb I slain in battle with Rhudaur. About this time the Stoors leave the Angle, and some return to Wilderland.
ibid.

It was at this time that the Stoors that had dwelt in the Angle (between Hoarwell and Loudwater) fled west and south, because of the wars, and the dread of Angmar, and because the land and clime of Eriador, especially in the east, worsened and became unfriendly. Some returned to Wilderland, and dwelt beside the Gladden, becoming a riverside people of fishers.
Appendix A: Annals of the Kings and Rulers, (iii) Eriador, Arnor, and the Heirs of Isildur

It is at this point that the Stoors split. With part of them staying in Dunland and the other group returning to the Wilderland (this seems to be the origins of the Stoors from which Sméagol comes).

It is not for another 200 years before the Stoors are mentioned again, where they join the other Hobbits (who earlier, in 1601, were granted new lands by Argeleb II) beyond the Baranduin:

1601 Many Periannath migrate from Bree, and are granted land beyond Baranduin by Argeleb II. c. 1630 They are joined by Stoors coming up from Dunland.
ibid.

But they were well known to be Stoors in a large part of their blood, as indeed was shown by the down that many grew on their chins. No Harfoot or Fallohide had any trace of a beard.
The Fellowship of the Ring, Prologue

Not much is known of the Stoors of the Wilderland. They were river folk who sailed in boats and sometimes swam, rare for Hobbits:

I guess they were of hobbit-kind; akin to the fathers of the fathers of the Stoors, for they loved the River, and often swam in it, or made little boats of reeds. There was among them a family of high repute, for it was large and wealthier than most, and it was ruled by a grandmother of the folk, stern and wise in old lore, such as they had. The most inquisitive and curious-minded of that family was called Sméagol.
Fellowship of the Ring, Book I, Chapter 2: The Shadow of the Past

It is also known that Sméagol (then called Gollum) was expelled by his grandmother (the matriarch) for his thieving and mischief:

He took to thieving, and going about muttering to himself, and gurgling in his throat. So they called him Gollum, and cursed him, and told him to go far away; and his grandmother, desiring peace, expelled him from the family and turned him out of her hole.
ibid.

By the time of the Lord of the Rings, the Stoors of the Wilderlands had long been forgotten and had disappeared from the histories. Their dwellings were deserted and it is unknown if they simply ceased to exist or joined the other Hobbits in the Shire

...no dwelling of Halflings could be discovered in the Vales of Anduin, and that the villages of the Stoors by the Gladden had long been deserted.
Unfinished Tales, Part Three: The Third Age, IV: The Hunt for the Ring

JRRT gives us very little information about Hobbit history and nothing at all before the Third Age. From the introduction:

The beginning of Hobbits lies far back in the Elder Days that are now lost and forgotten. Only the Elves still preserve any records of that vanished time, and their traditions are concerned almost entirely with their own history, in which Men appear seldom and Hobbits are not mentioned at all. [all bold is my emphasis.]

The hobbits themselves didn't remember:

Of their original home the Hobbits in Bilbo's time preserved no knowledge. A love of learning (other than genealogical lore) was far from general among them, but there remained still a few in the older families who studied their own books, and even gathered reports of old times and distant lands from Elves, Dwarves, and Men. Their own records began only after the settlement of the Shire, and their most ancient legends hardly looked further back than their Wandering Days.

The Third Age is pretty well documented, though it has its obscurities:

It at one point it appears that Gandalf doesn't think that Smeagol and Deagol were Stoors:

'And there in the dark pools amid the Gladden Fields,' he said, 'the Ring passed out of knowledge and legend; and even so much of its history is known now only to a few, and the Council of the Wise could discover no more....

'Long after [Sauron's loss of the Ring at the end of the Second Age], but still very long ago, there lived by the banks of the Great River on the edge of Wilderland a clever-handed and quiet-footed little people. I guess they were of hobbit-kind; akin to the fathers of the fathers of the Stoors, for they loved the River, and often swam in it, or made little boats of reeds.

So Gandalf appears to be suggesting that at this point the Stoors did not yet exist as a distinct group.

It is said that [around TA 1400] Angmar was for a time subdued by the Elvenfolk coming from Lindon; and from Rivendell, for Elrond brought help over the Mountains out of Lórien. It was at this time that the Stoors that had dwelt in the Angle (between Hoarwell and Loudwater) fled west and south, because of the wars, and the dread of Angmar, and because the land and clime of Eriador, especially in the east, worsened and became unfriendly. Some returned to Wilderland, and dwelt beside the Gladden, becoming a riverside people of fishers.

In the Tale of Years, JRRT says

c. 1150 The Fallohides enter Eriador. The Stoors come over the Redhorn Pass and move to the Angle, or to Dunland.

[Elsewhere it is noted that] Before the crossing of the mountains the Hobbits had already become divided into three somewhat different breeds: Harfoots, Stoors, and Fallohides. )

1356 ... About this time the Stoors leave the Angle, and some return to Wilderland.

1601 Many Periannath migrate from Bree, and are granted land beyond Baranduin by Argeleb II. c. 1630 They are joined by Stoors coming up from Dunland.

2463 About this time Déagol the Stoor finds the One Ring, and is murdered by Sméagol.

Making it clear that not only was Smeagol a Stoor, but from a group which had long been split off from the Stoors who settled in the Shire

As far as I can find, by the time of LotR there is no mention of Hobbits of any sort living outside the Shire and Bree other than a note that some might still exist -- but they play no role at all in the history.

So, the bottom line is:

1
Where do Hobbits live?

16
Can Sméagol's family tree be tracked all the way to the hobbit families at the time of Bilbo?
12
Is there direct evidence that the Riverfolk were actually Hobbits?
104
Did Eru Ilúvatar trip Gollum?
46
Why was Sméagol affected by the ring so fast, while both Frodo and Sam could handle it without immediately trying to choke each other?
34
What was the shadow that passed over the fellowship on the path from Hollin to the mountain-pass?
8
What was the official plan for defeating Sauron?
12
What happened to Isildur's body?
36
How is it possible that Gollum speaks Westron?
23
What is the life expectancy of a Hobbit?