90's PC game, similar to "Another World" but in 3D, dark, purple, locked inside a prison

Back in late 1990s, after Internet but before CD-sized games being pirated over the Internet, I had a PC game which has been on my mind for a long time. It had a very graphically interesting opening sequence in many ways similar to the Amiga (and others) game Another World in terms of ambiance; the color palette being very dark with lots of dark blue and purple. You were not teleported to another world from Earth but rather in the future and space from the start, but ended up captured by either some alien race but humanoid shaped or other humans (your foes) but them wearing armor and visually distinguished from your appearance.

After the intro, you ended up in a prison cell and had to figure out how to escape. You were sitting down on a bench and you were the only occupant of the cell. In the middle of the screen and the center of the wall was a barred prison window and you could see things on the outside, possibly your foes/alien race working on this supposed military complex with prison. The prison door was most probably on the right side of the screen. I remember clearly that the only way I found was an air duct on the top of the left side of the screen which I was able to squeeze into. Once there, the scene changed to me crawling on my knees inside the duct. There is only one path but about halfway there is a spinning fan on the "floor" of the duct which shreds you to bits if you try to pass it. Your shredded intestines were of course purple and not red. I never made it past this second screen as I could not defeat the fan. It's possible the fan was never defeatable and that there was another way out from the cell in the first place.

There was a weapon-shaped object which the main character was somehow in possession of, but I was never able to fire it. It looked like an extremely low polygon count minigun; think 30 liter sized box for main body with one or two crude handles and a cylinder sticking out for a barrel. I was never able to fire it. Perhaps ammo was to be found later in the game? The weapon was disproportionally large compared to the main character.

Despite having a Creative Sound Blaster and not a clone which would sometimes cause compatibility issues in the 90s era DOS games, I did not get sound and/or music working on this one. I was very computer savvy at the time so any DOS installer with manually setting up IRQ, DMA and such would not stop me, nor tweak any setup files manually or trying a lot of things to get around these kind of issues. I still never got it to work. It would for sure come with a DOS installer, but it may have been possible to run it under Windows. It was a bit too early in the "game" for crack groups to start stripping FMVs, compressing music and similar of CD-sized games for internet pirate distribution and music and sound being lost there.

The game most probably was keyboard controlled.

The game was very reminiscent of Another World in terms of color, style, prison, low-poly 3D (intro only of AW) and super interesting intro. I include some screenshots from Another world to get the color palette, but you need to mentally add more purple.

What was the game?

EDIT: 1995 BioForge did pop up after extensive searching. Intro with landing spaceship and waking up in a prison cell matches well as well as the 3D-character in 2D background type of gameplay, but visuals are way off.

EDIT2: I made a table of all your wonderful suggestions. Please let me know if I missed any. 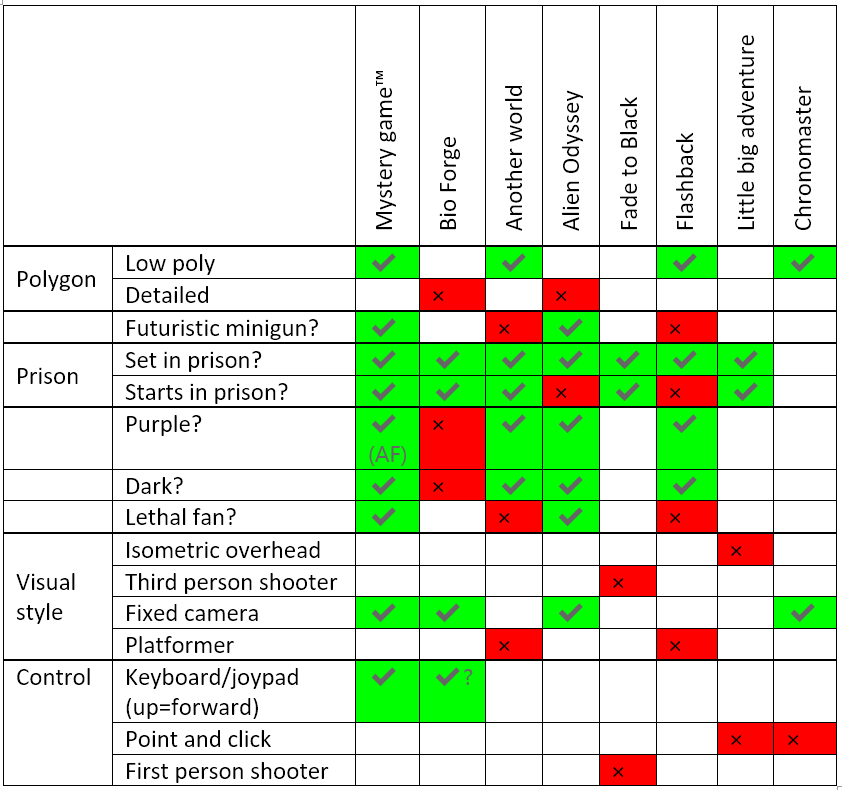 More visual cues would perhaps be VirtuaVerse from 2020. The pixels are perhaps a little bit too large (it tries to look like SpaceQuest) for the presumed 640x480 resolution but color scheme and art style looks like something from the game. 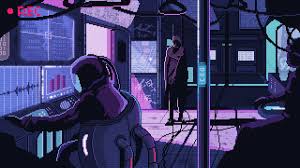 This screenshot from Moby Games depicts someone falling into a fan and purple blood: 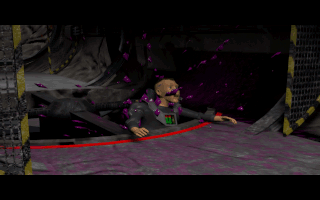 The game doesn't start in a jail cell, but instead starts with an on-rails shooter sequence.

After the on-rails introduction and a cutscene, it switches to a fixed 3rd-person camera - like Alone in the Dark - and you have to infiltrate a base which is very purple in colour.

The large minigun-looking thing is something you find in the base and used to open doors.

I think you're talking about Fade to Black.

The game begins in a prison cell:

It was created by Delphine Software, the same publishers as 'Another World'. It was a sequel to the 2D game 'Flashback' which, while not a direct sequel, was considered a spiritual successor to 'Another World' so it is not surprising you remember it having a similar feel. 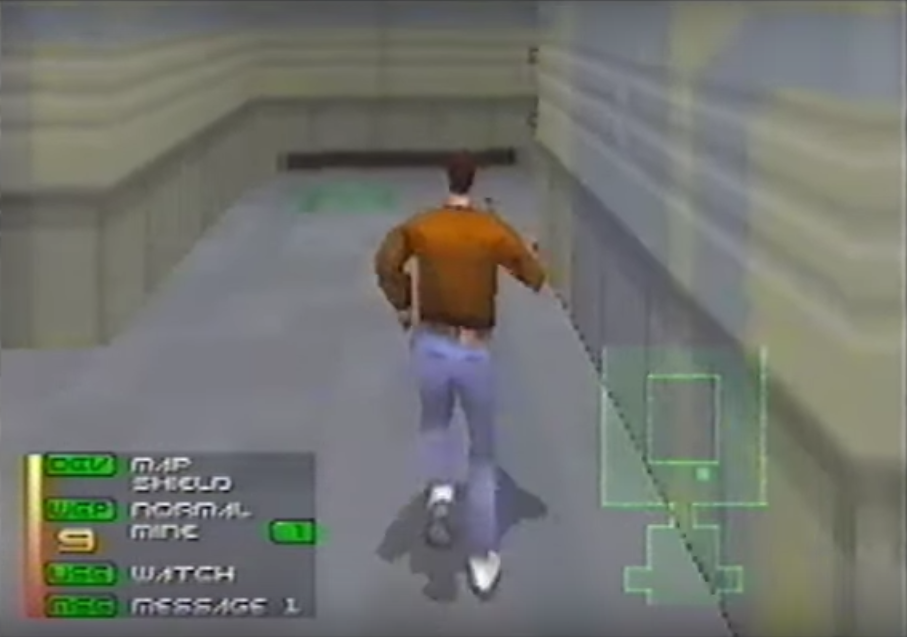 I believe Flashback is what you are looking for: 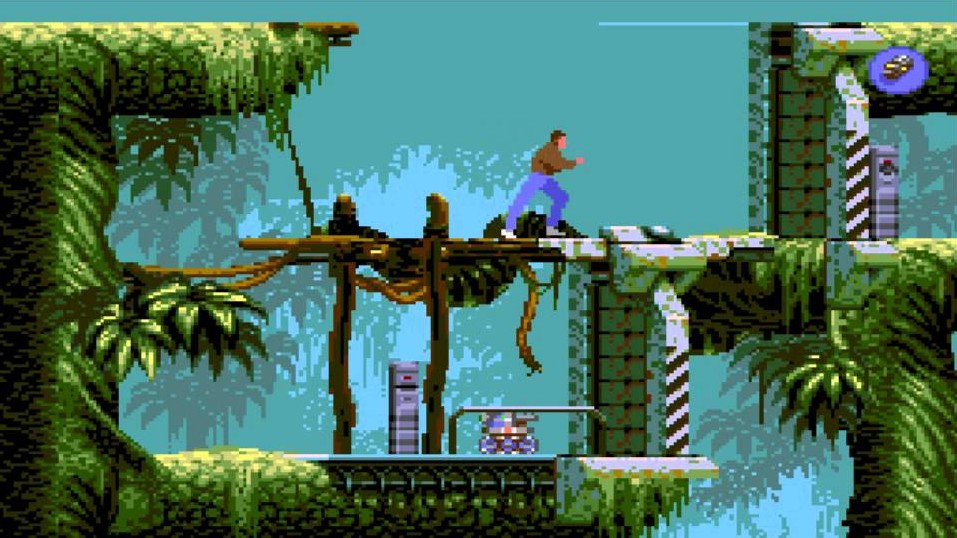 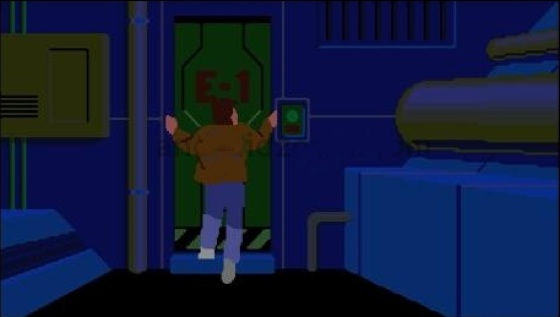 They also made a remake of Flashback. I've never played it and it doesn't seem to match up with the weapon you described. But there seems to be plenty of purple and prisons: 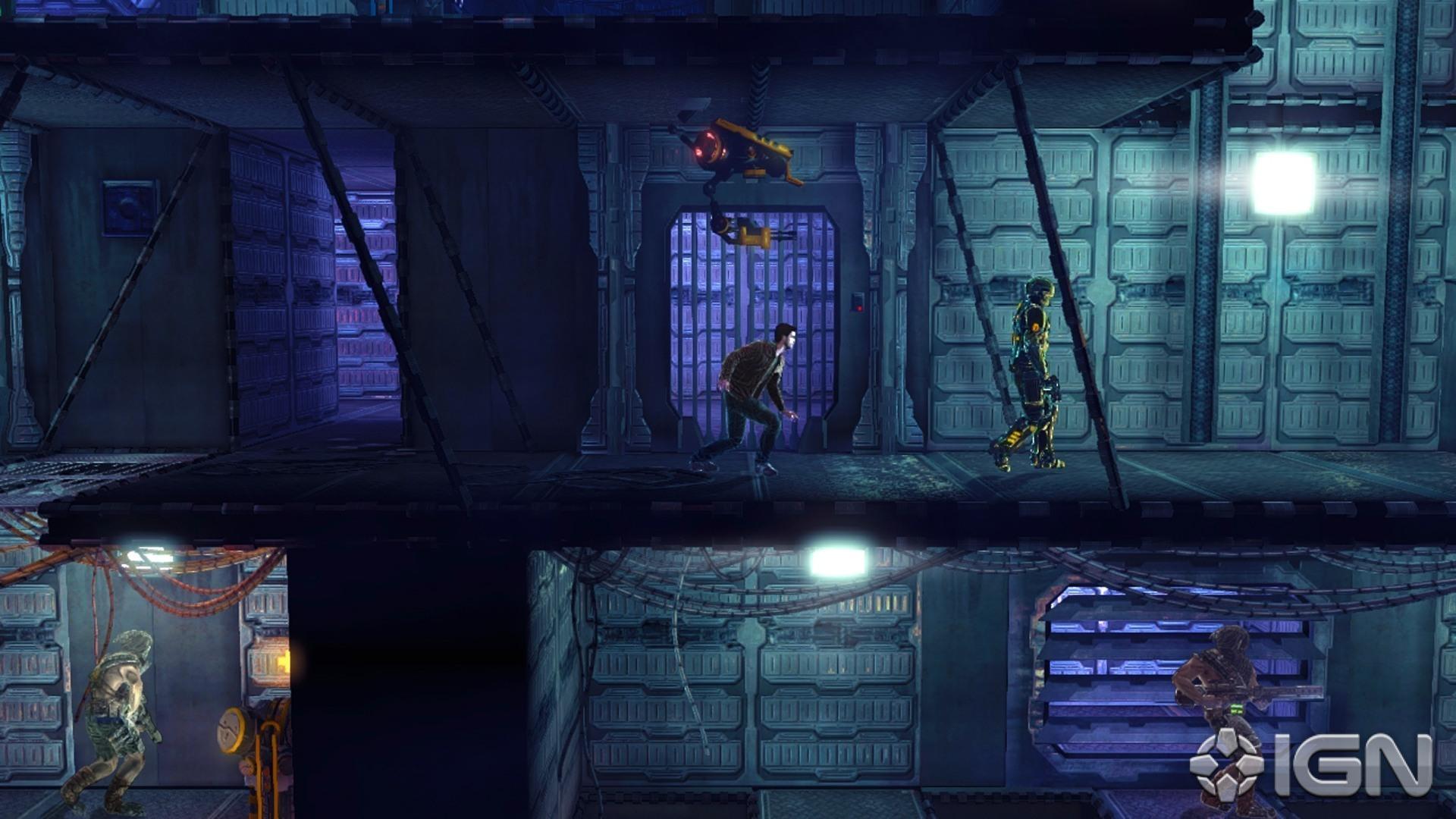 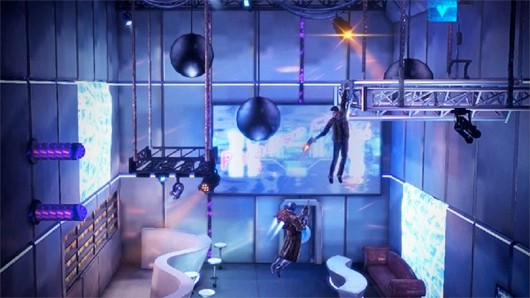 Little Big Adventure? It has several of the things you're talking about:

Is it possible you were thinking of OnEscapee (pronounced 'one escapee', later re-released as The Escapee)? It's a sci-fi game in the vein of Another World and Flashback involving a rotoscoped character escaping from alien confinement. 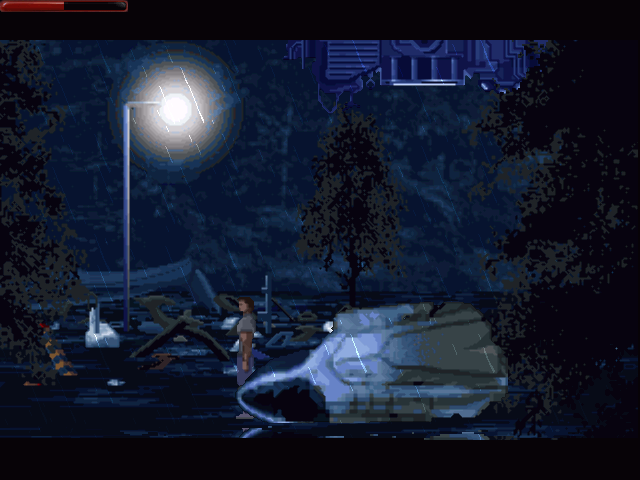 How about BioForge? It was the first game I thought of when you mentioned being in a prison cell after the intro.

This video is part of a Let's Play series and shows the intro and escape scene.

I take it, it's not the actual sequel to Another World called Heart of the Alien, where you take on the role of the alien?

It was only released for the SEGA CD, but you can see it's Wikipedia entry here: https://en.wikipedia.org/wiki/Heart_of_the_Alien

3
Virtual reality computer game set in a fantasy world
6
Searching for video game like Xevious but with more interesting bosses
11
Space-themed MS-DOS game with top-down perspective, crumbling bridge, and ghost-like aliens
7
PC Game (DOS?) with crude 3D sphere graphics, ability to play a male or female against creatures in a European town
31
Can you identify this game from 1991 or before?
6
DOS Go/Othello/Reversi clone with creatures/monsters like Snowmen instead of stones