I am looking for the title of a sci-fi book with an interesting plot and have had no luck finding it.

Humans working at the edge of the solar system discover a xenophobic alien race that lives in deep space. In fact these aliens avoid the gravity well of stars and cluster in huge numbers outside of solar systems. The book predicts that this may be why we have never encountered alien species. The aliens have hydraulic activated limbs and a high iron content in their blood.

Once the aliens learn of our existence they set about modifying their ships for entry into the gravity well of our star. Humans were prepared for the attack and use kinetic weapons to take out their incoming ships. Eventually we push them back. Then we design a bio weapon that "rusts them to death", but the weapon is set to only live until about 2/3 of their kind is killed.

Dykstra's War by Jeffery D. Kooistra. It is also a Baen book and was published in December 2000 so it fits your time frame. 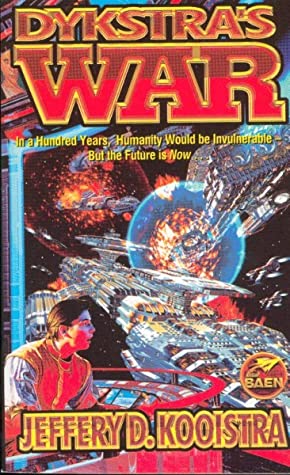 ONLY DYKSTRA CAN SAVE US NOW! Humanity had thought itself alone in the Cosmos. By the end of the 21st century, it had filled the Solar System and begun warring with itself. But then the aliens came -- swift, silent, and deadly, possessing enigmatic weapons and faster-than-light technology. At 126 years of age, James Christian Dykstra had thought he'd done enough. As Einstein had been to the 20th century, he had been to the 21st. Nearly all advanced technology depended upon the foundation of his physics. But the aliens had brought something new, and nobody understood it. And nobody understood them. So the System Patrol called upon Dykstra to solve the riddle of the alien weaponry. His failure would mean the end of Humanity. His success would offer a chance at least to fight back...

The aliens are the Phinon and they do indeed have hydraulically operated limbs:

Nachtegall left and Dykstra set the autochef to prepare a meal. While waiting, he checked out the workstation. A few commands assured him he had full access to the Phinon Project files. He found a section on the biology of the aliens that hadn't been included in the cube Moore had sent him. The aliens had steel skeletons, and in place of muscles, they used a system of hydraulics. Dykstra, fascinated, lost himself in the information.

The rust weapon is devised by a scientist called Samantha MacTavish. She has the idea in a dream:

But that night she had another dream.

It was somewhat of a nightmare, but not the scary kind—more of the "something gone wrong" type. She found herself on the surface of Mars, without a suit, and she was watching her symbionts at work, an easy thing to do since they were the size of bulldozers. But something wasn't right—the symbionts were going down to the river, which itself was the result of a different project, and splitting the water molecules up, and then bringing the oxygen atoms to the desert and making iron oxide. "What are you doing?" she cried. "You're doing everything backwards!" And a bulldozer symbiont came up to her, and somehow it reminded her of the aliens, and it said, "But it's so much easier to do it this way. It's almost as if the iron wants to rust." And the words echoed through the last vestiges of the dream: Wants to rust; wants to rust; wants to rust; iron wants to rust . . .

She awoke with a start. The meaning of the dream flooded into her.

It was Sunday morning. Since her conversation with Dykstra the previous day, she had made up her mind to attend church this morning, something she'd lapsed in since Steve's departure. But she had to sort this out. She went to her workstation and immersed herself in the work of the genano engineer. She looked at the structure of her new symbionts, played with some different assumptions, had the computer test theoretical modifications, and by 1500 hours she had the answer her intuition had told her was there during the dream.

She had a weapon against the aliens—she could make their bones rust.