This game has been haunting me for years now. I can't find it anywhere. I've googled so many things and details but I can't find a single clue. so this is my last hope...

I played this game on my family's computer when I was a young kid. It was on a CD. I was born in 1993 so I played it when I was a bit older I gues but I have no idea how old the game already was by then. I am also from Belgium but I don’t know if that matters.

Here's everything I remember from it:

This is all I remember I think. The longer ago, the more I wonder if my memories are 100% correct, so take this with a grain of salt I guess.

Fingers crossed someone out there sees this and knows what this is. I really want to see it again. 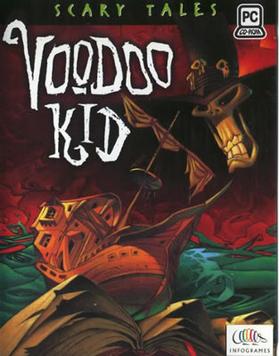 The unnamed protagonist (who can be chosen to be either a boy or a girl) is magically transported aboard a haunted ship where the player must make his or her way through the vessel and confront Captain Baron Saturday.

Now to find how I can play this again! :D

5
What is the name of this young adult scifi book (I think from the 90s/early 00s?) Alien computer game
4
CoCo 2 Fantasy Computer Game - Real-time, puzzles - Had a sequel
3
PBS Kids Point-and-click Adventure Game
27
Creepy dinosaur pc game identification
6
90s (or earlier) computer game where a troll turns you into a frog
3
PC game where you are a writer/journalist sent to small english village by mysterious caller. game about ghosts and occult
4
Game identification: flying shooter on PC from early 2000s
1
Adventure game based on Japanese mythology including when you die, you're stuck in (Buddhist? Shinto?) hell and have to escape to continue
9
Sega Genesis game where you coached a monster that fought in tournament battles. After fights, you could blend your monster with the opponent