What happened to the Flying Lemurs in Legend of Korra?

If you're a Legend of Korra fan, you can probably spot a difference of the flying lemurs. 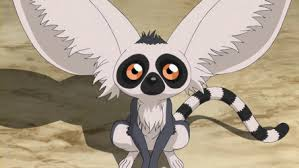 The Flying Lemur is different from the one in Avatar the Last Airbender, Momo.
This lemur, Poki has more fluff in his ears and has white in his ears instead of brown. Poki's eyes are a salmon color instead of green. He has much more fur than Momo. The facial structure is different too, with the new type of flying lemurs having their face wider at the bottom. But their personality still stays the same from their ancestors. Of course, the best guess we could make is that Poki is a Ring-Tailed Flying Lemur, if you look at his tail. What happened in the 170 years to the lemurs is still unclear. 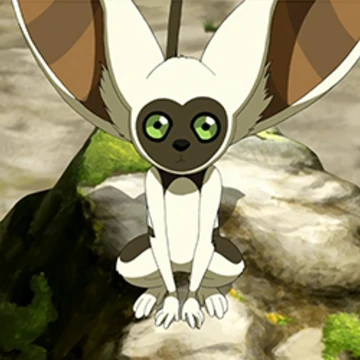 If you dig in a little deeper into Avatar history, Avatar Aang discovers an island full of healthy sky bison and flying lemurs. What happened on the island is still unknown, and if you look closely, the sky bison in Legend of Korra have also had some changes to how they look. In Legend of Korra, there doesn't seem to be even one lemur that looks like Momo. They all have the new look. 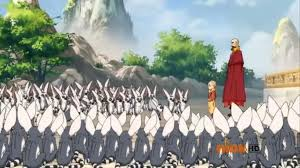 Many Legend of Korra fans think the Flying Lemur is a downgrade from how they originally looked. The truth is yet to be discovered. 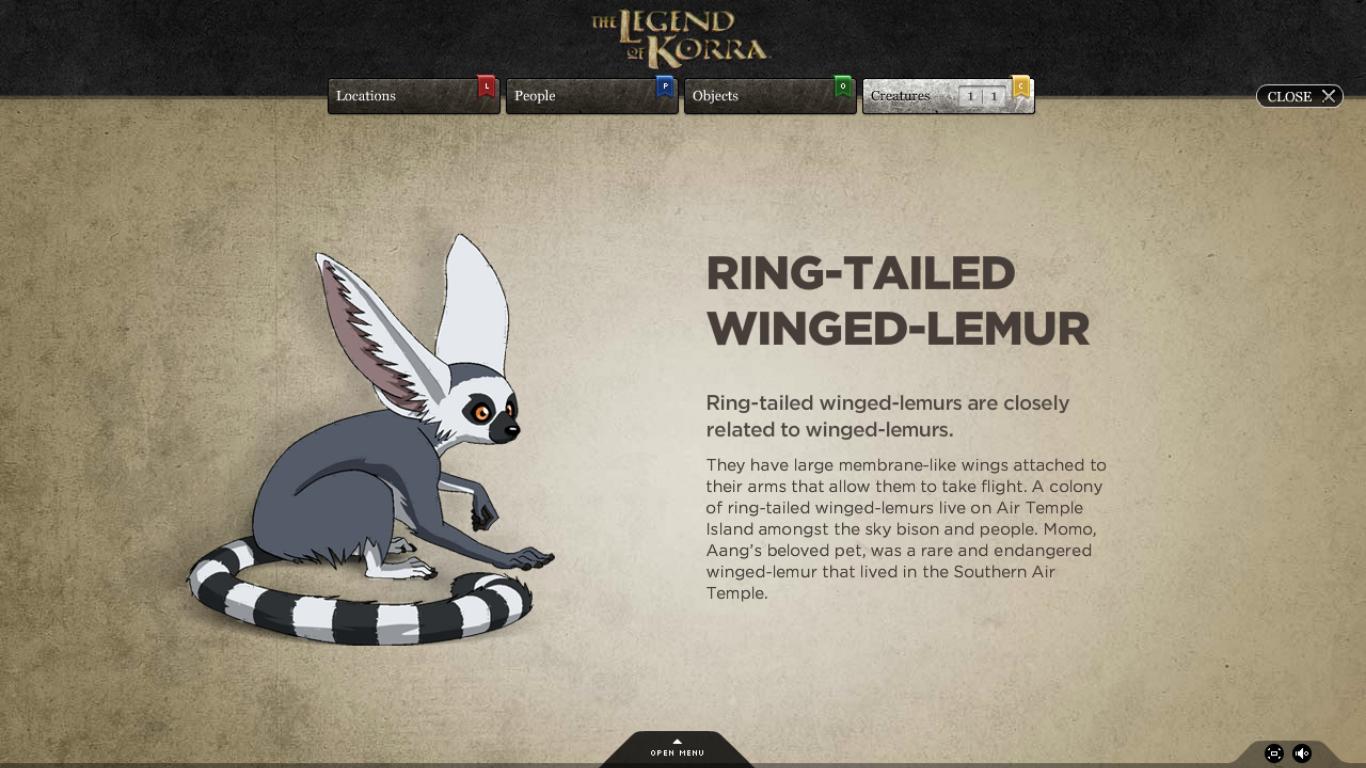 This infographic is taken from the now defunct, official game Welcome to Republic City.

They have large membrane-like wings attached to their arms that allow them to take flights. A colony of ring-tailed winged-lemurs live on Air Temple Island amongst the sky bison and people. Momo, Aang’s beloved pet, was a rare and endangered winged-lemur that lived in the Southern Air Temple.