Seen it long time ago, visual looked like something from 80's, maybe even late 70's. Set in Solar system, it's about a spaceship carrying money - actual cash because (I think!) electronic transfers were forbidden for the fear of hacking - from some colony to the Earth, and most characters are trying to get that money.

This is Velocity Trap (1999). Quoting the plot summary from Wikipedia:

The main character, Ray Stokes (Olivier Gruner) is a down-on-his luck police officer on a distant, corruptly-ruled mining colony. He has already lost his wife Dana (Anna Karin) to his corrupt boss, John Dawson (Craig Wasson), not from any failure in romantic rivalry, but as part of a deal to pay off their dead daughter's medical bills: making her Dawson's "Contract Wife".

Samuel Nelson (Harry Wowchuk), an Enforcement Division chief of security, is sent to clean up the Colony's local Enforcement Division, but is killed in the course of his investigation. Stokes is framed for the murder of another ED officer, also killed by Nelson's assassin. However, Dawson is implicated in Nelson's death and wants to avoid any inquiry. He sends Stokes on a six-month trip to Earth, protecting a cargo of cash. Meanwhile, the crew of The Endeavour has planned to intercept the money ship while the crew are in hibernation. The interception occurs, Stokes and Beth Sheffield (Alicia Coppola), the attractive female navigator, are the only survivors of the ensuing gun play; they steal the money and buy the mining colony. The evil boss is arrested, and presumably they all live happily ever after.

Taken from the trailer, we see a very retro-looking colony: 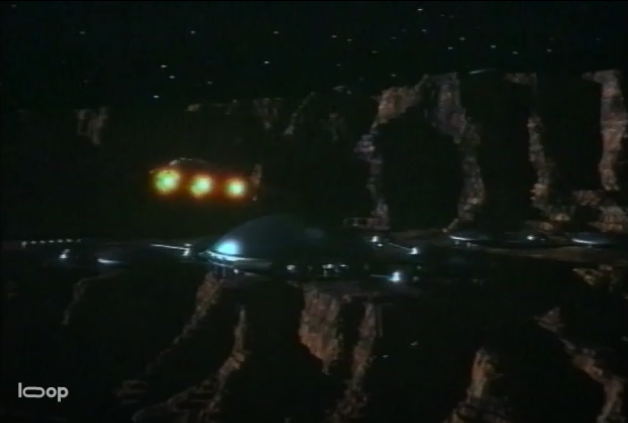 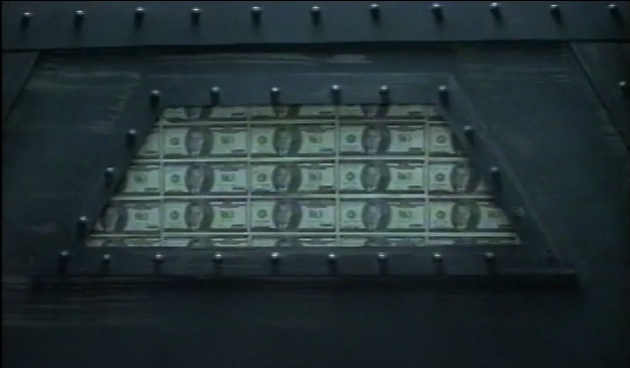 5
Short story by Greg Egan (I think) about Marco Polo travelling outward from earth as a wavefront
22
Novel(s) based on humanity fleeing from Earth and regressing to a pre-industrial state on a Colony so as to escape detection
6
Movie Identification: Science fiction movie where people believe they are living on a spaceship but are really on earth
10
Comic about humans on a starship trying to escape solar system before Sun explodes/goes nova
7
Trying to remember the name of a short scifi story about a biology experiment in space
8
Short story about mind-hijacking aliens (60s or 70s)
14
Post apocalyptic sci-fi book where Earth is destroyed and humans from the Moon and Mars go on a rescue mission
11
Help finding a sci-fi book with a small space ship