Why does the Mandalorian say, “May the Force be with you”?

We know Mando doesn't know any details about the Jedi. He also doesn't seem to understand that the Child's abilities come from something called the Force.

However, when he's hailed by the New Republic forces in season 2 episode 2, he says, "May the Force be with you," when trying to sign off.

How does he even know this phrase/that it's appropriate to say here? Is this just the motto of the New Republic? Do they even know what it means?

The saying "may the force be with you" originated from the Jedi order in the republic. It is used similarly to the phrase "God's speed" or "Good luck". The Rebels adopted the saying due to the fact that their startup was assisted by a former Jedi padawan Ahsoka Tano and several other members of the Republic such as Bail Organa, as shown in the TV series Star Wars: Rebels. The New Republic says it because they came from the Rebellion as told in Episode 7 of Star Wars. Mando probably said it because the New Republic says it and he wanted to be polite and sound like a law-abiding citizen.

The Rebellion regularly used the phrase "May the Force be With You" as a type of blessing or honorific. The Force exists in the Star Wars Universe, and many people know what it is and believe in it. Even if at some point in history it became legendary, it was still a major part of galactic culture. In more modern canon, we've actually seen people who worship the Force who are not Force Sensitive at all, such as Chirrut Îmwe or Lor San Tekka of the Church of the Force. Or even the Sith Eternal who were not Force Users, but worshipped the Dark Side of the Force all the same. 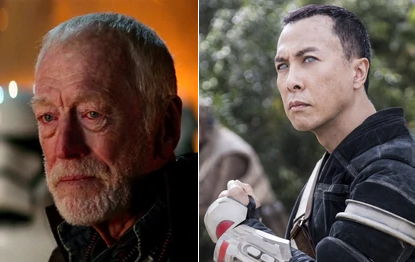 So Din catching on to how to use the phrase at some point, or simply just being familiar with the phrase without fully knowing it's meaning, is entirely likely.

28
When and why did the Rebel Alliance adopt the phrase “May the Force be with you”?

31
Why did the Jedi fail to get information about Order 66?
64
Why do the Jedi say “May the Force be with you”?
11
Understanding the map in The Force Awakens
4
Why does Luke Skywalker not sense the Force in Master Yoda?
12
Why is Han so skeptical of the force and the Jedi when Chewie had lots of experience with Jedi?
4
What exactly does it mean to be stronger vs weaker in the Force?
28
When and why did the Rebel Alliance adopt the phrase “May the Force be with you”?
20
Does the Force always try to balance itself?
58
Why does the Trade Federation become so alarmed upon learning the ambassadors are Jedi Knights?
10
Why haven't Force-sensitive lineages outcompeted all others during evolution?