I read about this in a book about classic horror films in elementary school, around 1987 to 1991, in Ashland, KY. The main character is a scientist who is developing an artificial heart. To prove his invention, he implants the heart in himself. Later, he becomes a murderer (I think with all implication that having an artificial heart took away his human compassion), and I think he initially gets away with it because the lie detector showed him telling the truth (since his pulse was constant due to the artificial heart). I don't remember if the book said how it ended.

The stills reproduced in the book were in black and white, but I don't know if the films themselves were. Artificial hearts were a real thing by that time (the first one implanted in 1982), but I'm pretty sure it was science fiction at the time the film came out. I don't remember the book looking horribly old, but I know we didn't get a lot of new books, being a private Catholic school in a small town of largely Baptists. I might be conflating books, but I remember two of the other films being referenced were The Blob and The Tingler.

The book this came from was one of the Crestwood House Monsters series, which were extremely widespread in the 1980s, most of which were written by Julian May under one of her many pen names, Ian Thorne. Each book told one or more stories, based on classic horror films, illustrated by black-and-white stills (mostly from the films, but sometimes behind-the-scenes shots or just headshots of the actors). 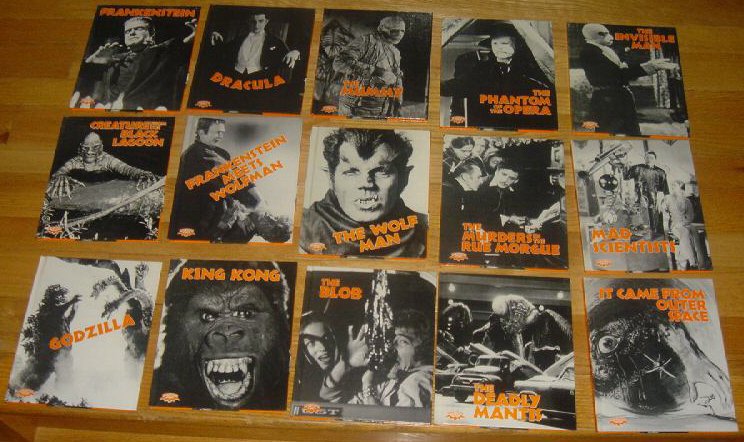 Mad Scientists told two complete stories, based on the 1931 and 1933 film versions of The Strange Case of Doctor Jekyll and Mister Hyde and The Invisible Man. After that, the book provided additional information about a wealth of other mad scientist films, such as The Island of Lost Souls (1932), based on The Island of Doctor Moreau. 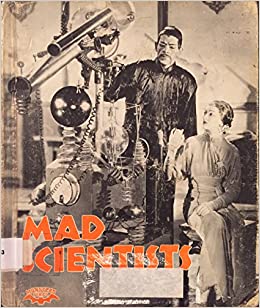 Since archive.org has the book, we can find the movie description you were remembering.

In The Man They Could Not Hang (1939), Karloff was executed when his mechanical heart caused death instead of life. However, the scientist was restored to life by his own invention. He punished those who destroyed him.

If you want to watch the film, it can also be found online.

7
Help Finding Story Of Telepathic Kids
12
Book about 2 boys that time travel from 1980's (?) to Mayan (?) civilization with a Viking girl?
4
Childrens Book of Illustrated Horror Stories from 1970s
6
Book set in modern times with a disabled boy who has a dragon for a friend and protector
4
Science fiction book about an alien boy with two hearts
4
Book about a girl who could talk to animals
5
Graphic novel written in an alien language involving murders and torture
4
Science fiction novel (first of a series?) about brain implants and social change