Does Superman have a lisp?

There is no canonical evidence for Superman having, or for that matter, EVER having a speech impediment. 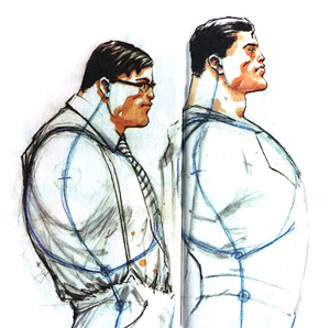 What a difference some posture, glasses, haircut and tone of voice could make.

10
What is this anomaly that Superman's spacecraft passes on his way to Earth?
15
Why does Superman love Lois Lane?
23
What three Kryptonians were on Earth in 2006?
6
Did Superman ever regain his memories of his Legion adventures with Supergirl?
7
How did Superman get his electrical powers in Superman Blue?
8
Even with his powers, doesn't Superman train and work out?
5
Why hasn't Batman ever had Superman send the Joker to the Phantom Zone?
4
Which comic issue does Superman fight someone powered by prayer?