I feel like I'm going crazy here. Very possible I dreamed this or something. I remember reading somewhere that there was an alternate version of Bruce Banner's backstory of child abuse, one that got significantly darker than the ones that were released, which went unused by Marvel. As such, the writer ended up editing the work and making an original graphic novel about it. Iirc, the Bruce analogue is always drawn as a giant, Hulk-like monster. I think the title might be something similar to "Monster", and that it was possibly in black and white, but I'm unsure.

Has anyone heard of this comic?

It is quite possible that what you remember is Barry Windsor-Smith's unpublished comic "Monsters". It has been in development limbo since 1994 but there are samples of it on his website.

The comic is a retelling, or maybe original inspiration of the story Monster from Incredible Hulk #312 (1985). It is a graphic novel which "explores the life and times of two disparate American families fatefully connected by an abandoned Nazi project in genetic engineering that has been covertly revived by the US government." The child in the story is a mutated hulklike character and the father is abusive towards him and his mother. 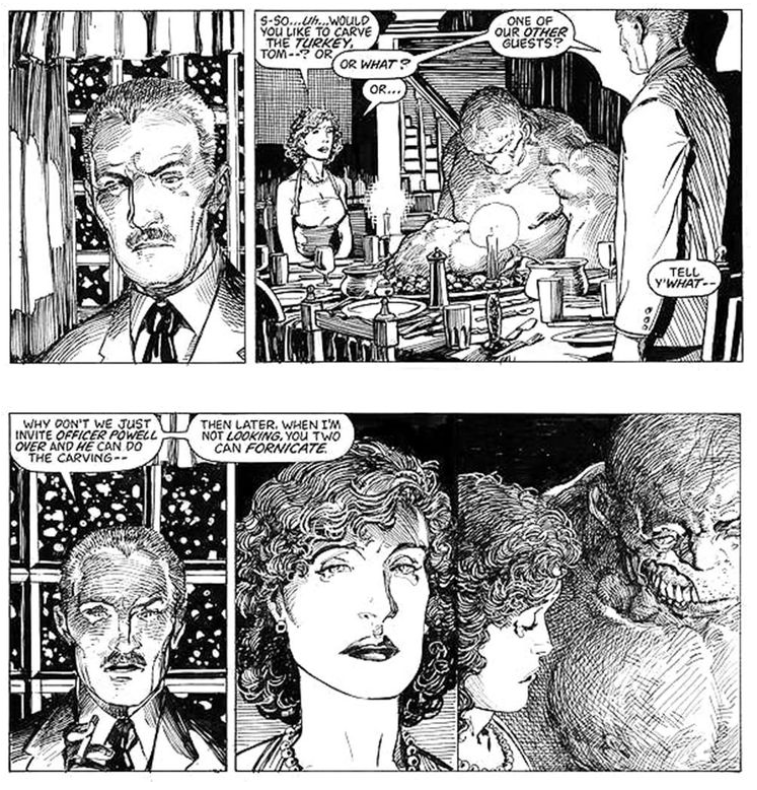 Barry Windsor-Smith claims to have been working on this story since 1984, he offered it to Marvel but refused their offer unless it was published without the Comics code. Marvel then allegedly rewrote the story as one of their own and published it in the Hulk comic

This story was discussed in detail on the site Comic Book Resources.

Not the answer you're looking for? Browse other questions tagged story-identification marvel comics the-incredible-hulk or ask your own question.

12
Comic Identification: When did Hulk have a beard?
3
The name of the comic book about the Hulk and the dinosaurs
54
Was the Hulk based on Jekyll/Hyde?
4
In which comic did Hulk rip Wolverine in half?
6
Captain Marvel's (Carol Danver) Origin Story comic series?
1
comic that explains the genesis of the classic Hulk
6
Comic book story- nuclear war between 2 planets
12
The Hulk and the Thing fall from space - Marvel comic