I'm looking for a novel I read in English around 1989 or 1990. I think it was written in the 80s. It was a rather thick (for the time) mass-market paperback and I think it had a picture of a guy reaching for a dagger or a crystal (or maybe a dagger encased in crystal) on the cover.

In the novel, humans have abandoned earth thousands of years prior to the events of the novel due to pollution or depletion of resources and live in living habitats in space.

From what I remember, whatever you wanted, whether a huge city or a space ship, you would get a seed designed by some secretive order, which you would then "feed" with enough matter and it would grow into whatever you had it designed for. Matter is scarce and for some reason planets and moons were not being used, can't remember why.

A lot of the action took place on a living space ship and the main character had a sentient computer that either was a big cat (cheetah or jaguar or something) or was embedded in the body of one.

There was also a war going on over the asteroid belt and someone had come up with some kind of engineered creatures or virus or something that could kill the living space ships and habitats.

I think the main character was male and there was also a female character with him on the ship who was the daughter of some local king or diplomat who I think was running away from an arranged marriage.

For some reason they were trying to reach earth. I can't remember if they were going to hide there or were looking for a cure for a virus or a weapon or what.

I remember bits, but not the whole plot, and would really like to read it again.

Humans live in space in organic space habitats. Gravity is seen as evil, so planets and moons are shunned. The humans have access to lots of energy (solar power) but are starved for matter, the exact opposite of people living on a planet.

The Sisterhood have a monopoly on the genetic engineering science used to craft organic space habitats, spacecraft, and other technology. The unit used to create a habitat is called a "seed."

The protagonist has a database library in the form of a cheetah, named Pantalog Five.

The protagonist is of the opinion that the space society is basically corrupt, with aristocrats using the peons as playthings. The protagonist uses disease microorganisms from Earth to infect the aristocrat strongholds, making the organic space habitats sicken and die. 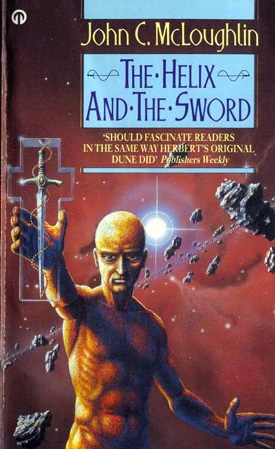 This sounds a bit like The Night's Dawn Triology (1999) by British author Peter F. Hamilton.

The story of the Night's Dawn Trilogy is separated over three books: The Reality Dysfunction (1996), The Neutronium Alchemist (1997), and The Naked God (1999); but is also supported by "A Second Chance at Eden", a collection of short stories which provide insight into the history of Hamilton's universe.

The story is divided in many threads, based on primary, secondary and tertiary characters. These delve deeply into the rich and complex texture of the Universe providing a sense of verisimilitude, also exploring some of Hamilton's darker themes. These story lines include Dariat's struggles inside Valisk, and the Deadnights' voyage to their 'Saviour'.

In the 27th century humans have colonised nearly 900 worlds, have living, sentient starships as well as the conventional kind, and are also living in asteroid communities and in large, living space stations. Due to policies of 'ethnic streaming' by the colonisation authorities, worlds are generally united under a single government, with these governments collectively forming a Confederation. The Confederation includes both Adamists and Edenists, two alien races (the Tyrathca and the Kiint), and has an armed Navy (which acts primarily against smugglers, pirates and anti-matter production facilities, which are highly illegal) and a central 'house' based on the world of Avon. Earth is still an important world, with a massive population, exporting a massive number of colonists (both voluntarily and involuntarily), but virtually environmentally destroyed after years of technological abuse.

In this story, Earth is still populated, although polluted and damaged.

Planets and moons are indeed being used, so I'm not sure if this matches your question.

The male protagonist could be Joshua Calvert, a young man living on a living space station.

The female protagonist, who you described as running from an arranged marriage, might be Louise, the daughter of a wealthy nobleman, who falls in love with Calvert.

Not the answer you're looking for? Browse other questions tagged story-identification novel space genetic-engineering or ask your own question.

11
Sci-Fi novel from *years* ago. Spaced-based in Solar System