What is a chain code and how do they work?

In several episodes of The Mandalorian we have had mention to a chain code. I believe Cara Dune, Moff Gideon, Greef Karga, and Din Djarin all bring them up at some point.

In Chapter 14: The Tragedy chain codes are again brought up, this time by Boba Fett as a means to prove his armor is actually his.

In the above exchange, lines of holographic text appear from the forearm piece of armor.

Din seems to be able to read it (makes sense reading is simple) and deduce the information. But how does Din know that chain code relates to physical person person standing in front of him? If it is just some alphanumeric code anyone could claim a code is theirs.

However, the way Cara Dune brings it up (IIRC) is that she can't show her face in the New Republic as her chain code is linked to crimes or whatnot. Are all citizens of the galaxy required to have a way to identify themselves via their chain code upon request and that the person showing it can only show their own code?

Here on Earth we have fake ID's that can be used to claim we are someone we are not or be (typically) older than we are. People accept fake ID's because there is a picture and identifying information also on the card. A chain code seems more like a social security number, just a name and number, and so anyone could present the name and number as their own. Does a chain code have identifying information in it, i.e. certain letters or numbers correspond to a physical trait?

So what exactly is a chain code and how does it work?

A chain code is a means of identification for an individual in the Star Wars universe. It is used by bounty hunters in conjunction with bounty pucks to confirm their target. It is not clear if everyone has a chain code or just certain individuals, people outside of the (new) Republic/Empire, or wanted criminals. Chain codes were in use from at least 14 BBY since Boba says his chain code has been encoded on his armor for 25 years.

Greef then presents a card that is scanned and he is granted access.

The chain code includes information about the individual including their age.

"What's the chain code?"
"We can only provide the last four digits."
"Their age? That's all you can give me?"
―Mando and the Client

Carasynthia Dune does indeed say that her chain code is linked to crimes. Greef Karga was able to clear her chain code and she later became a marshal.

"If anybody runs my chain code, I'll rot in a cell for the rest of my life." ―Cara Dune

In Chapter 14 Boba Fett showed his chain code. This was translated by u/zackgardner on Reddit. The translation reads:

Boba's chain code includes his birth planet, name, and his father. It also contains the magic word which make him a Mandalorian and worthy to wear the beskar "foundling". This may not be the entire chain code since some of the lines seem cut off and the age (last 4 digits) is not included.

So a chain code has more information than a social security number more like an ID or driver's license but without a picture. A chain code can be in card or hologram form. It is still not clear if everyone in the galaxy has a chain code or if it is a regional or criminal identifier.

Edit: The Star Wars Book has a short explanation of a chain code under the tracking fob entry:

chain code—an identification marker that describes certain biographical information. This code drives the parameters of a tracking fob, a short-range sensor attuned to this biometric data. Upon the capture and delivery of a target, the Guild operative runs a sensor check on the body and compares it to the chain code data on the fob, confirming the identification of the acquisition.

Thus it is an ID of biographical information linked to biometric data.

Edit 2: Episode 2 of The Bad Batch "Cut and Run" deals with chain codes and their deployment in the beginning of the Empire in 19 BBY. In the episode chain codes are required for movement off the planet of Saleucami as well as exchanging Republic credits for new Imperial credits.

Tech is able to slice new chain codes but he does note, "It's ingenious. You could create a database to identify anyone in the galaxy."

At StarWars.com in the episode guide it states that chain codes are “Similar to a social security number in the United States…”

There is also concept art for the chain code cards used in the episode. 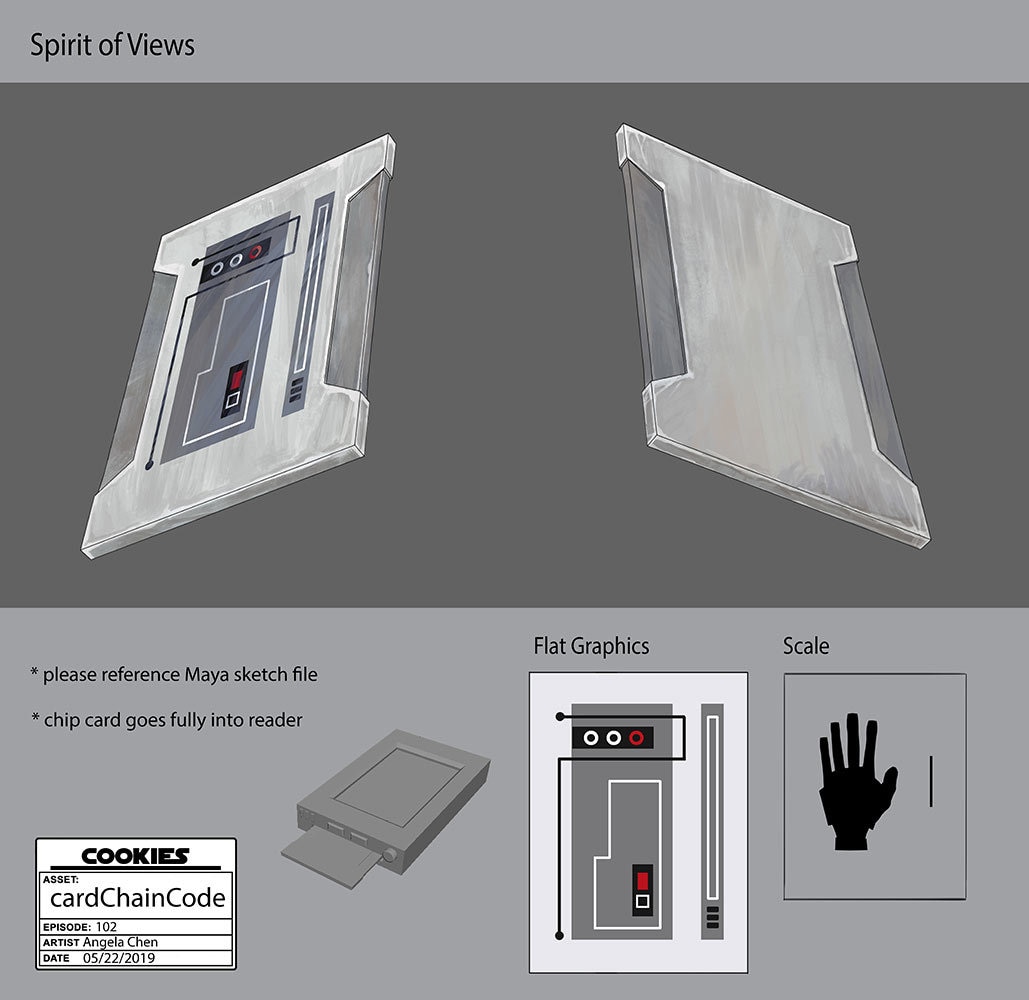 More information on chain codes is provided in The Bad Batch. They appear to have been introduced by the Empire in its early days, and were centrally issued by the Empire. In S1E2 of The Bad Batch, the Empire sets up informational stations on Saleucami where citizens can register for a chain code, which is required in order to leave the planet or exchange Republic credits for Imperial credits. 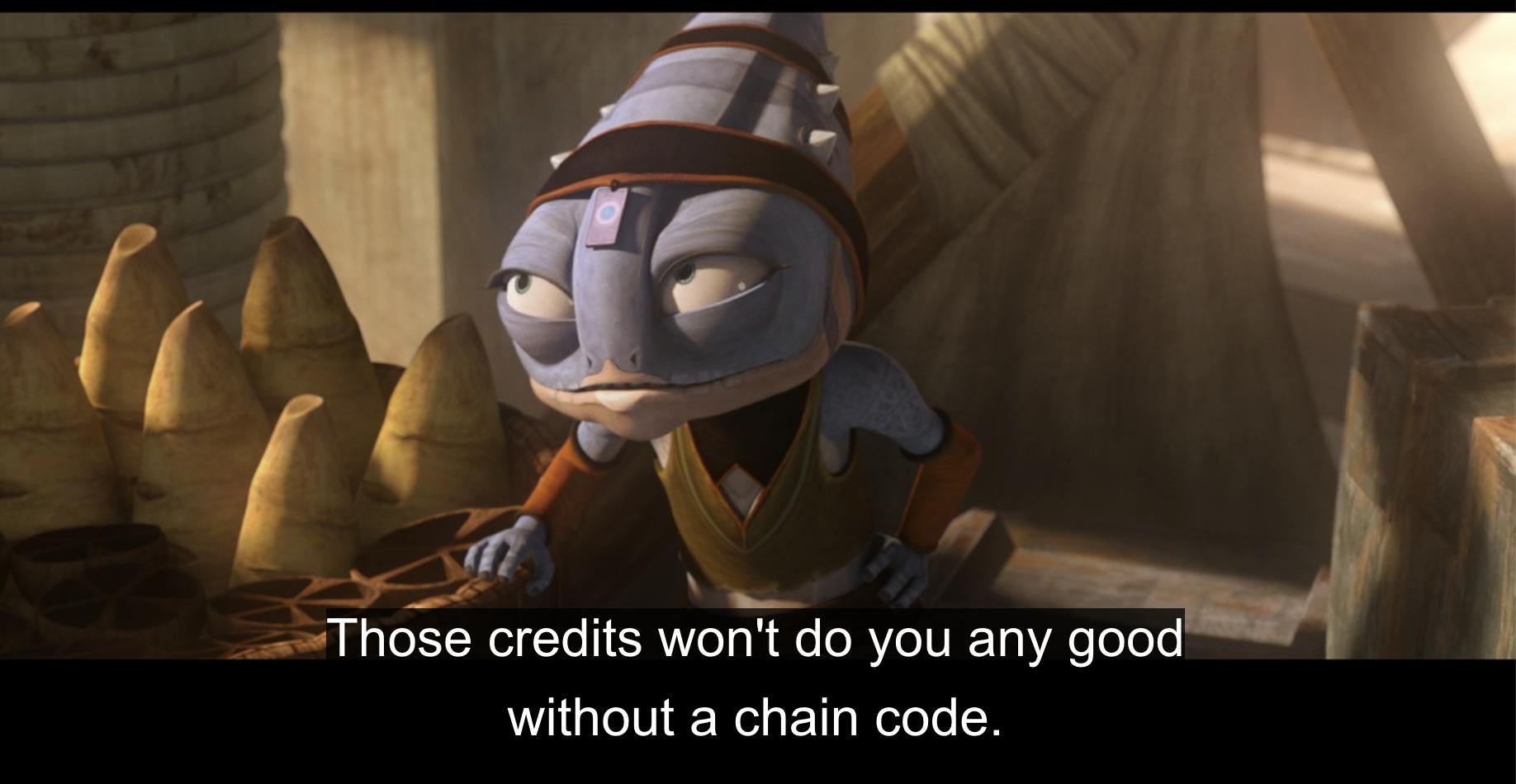 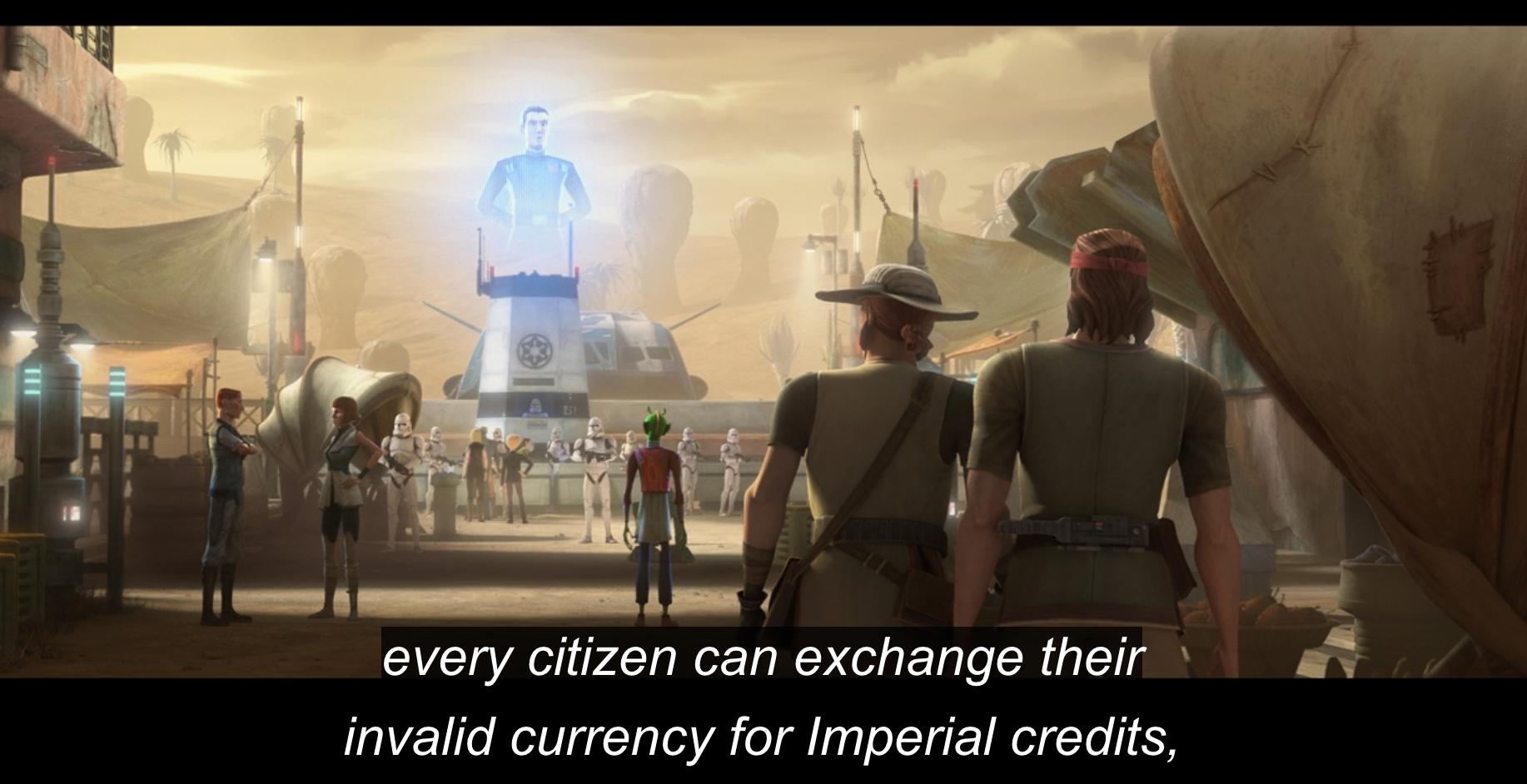 The episode doesn't explain exactly where or which information is stored, but it appears that the central issuance is a key part of how chain codes work. (How or why Grogu managed to register an accurate chain code while on the run as a preverbal infant is unclear - it's possible that chain code records were created from Republic records for all known citizens, but that's just speculation.)

In the episode, the clone commando Tech is able to create fake chain codes for Cut Lawquane and his family, so it seems that the process isn't necessarily foolproof.

Currently, this is not 100% resolved in-universe, but from the ability to track (without electronic trails like credit cards, as clearly Yodito ain't swipin' it up and CCTV would not be an issue on a mudball like Sorgum) we've determined there's likely a biological component. One of our current theories is that 'Chain' refers to your genetic chain, and that they're actually a sort of Social Security Number linked to your genetic code. Given that one section of the code referred to Grogu's age (50 years old?), we can assume that parts of the code are 'simplified' for reading, probably for details like planet of origin, species, sex, age, etc. but that the tracking component can actually follow some kind of biological trail, whether that's magically honing in on a signature or following left behind chemicals/material, or even potentially some kind of scanning solution.

Not the answer you're looking for? Browse other questions tagged star-wars technology the-mandalorian or ask your own question.

40
How do bounty hunter tracking fobs/beacons work in “The Mandalorian?”

2
How do Star Wars hologram communications work?
11
How do communications work in Star Wars?
27
What does the code breaker's hat say?
40
How do bounty hunter tracking fobs/beacons work in “The Mandalorian?”
19
What in-universe sign language is the Mandalorian using, and how did he know it?
12
Moff Gideon's dark saber, what is this, and is he a Force user?
2
How can they find the green one?
5
What are the rules surrounding the passing of the Darksaber Blade and the leadership of Mandalore?
7
How did they bring back this character in The Mandalorian?