I'm looking for a Judge Dredd story I read before 1992, in which the villain was using a device that could either stop or slow down time in order to steal items. He is eventually caught when Dredd notices on a security camera feed that in one frame he is holding a briefcase in one hand, but in the next it has swapped to the other. In the final scene he attempts to escape using his device, but Dredd shoots him as it starts working and his body instantly decays to dust.

BENJI DOONAN 'The invisible man'. He lives in Chubby Checker Block and works as a cleaner at Inter-Time. He is using a time-warp device to slow down time and commit his robberies whilst to those outside the time field he would appear invisible. He has stolen from Mega-Bank, Smith & Clone Bankers, a Bullion Van and done what is described as "the Hammond Job", his thefts total 40 million credits. Dredd crashes through the window of Doonan's apartment and shoots him just as he activates his time-warp device. He takes hours to die from his wounds in the seconds it takes Dredd to turn off the machine. 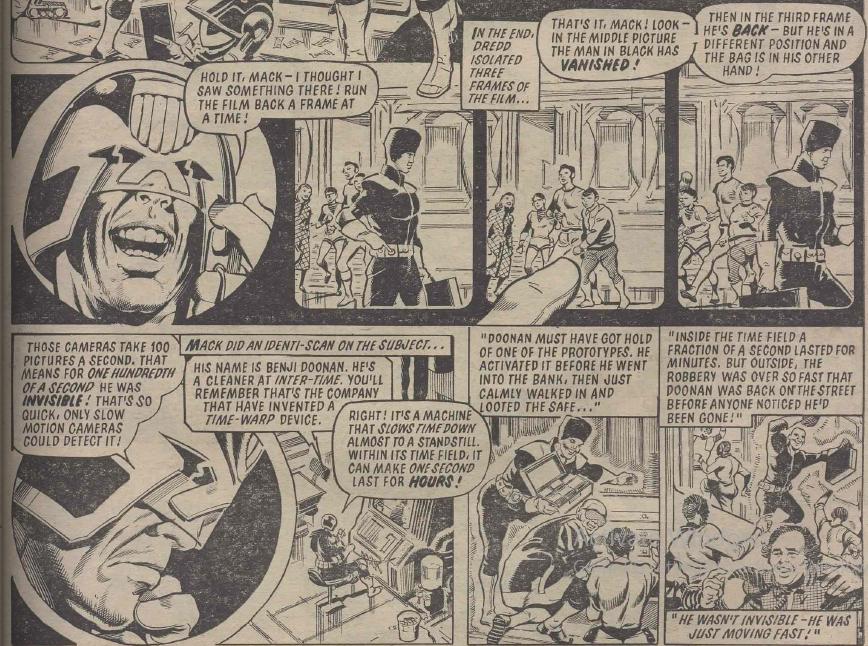 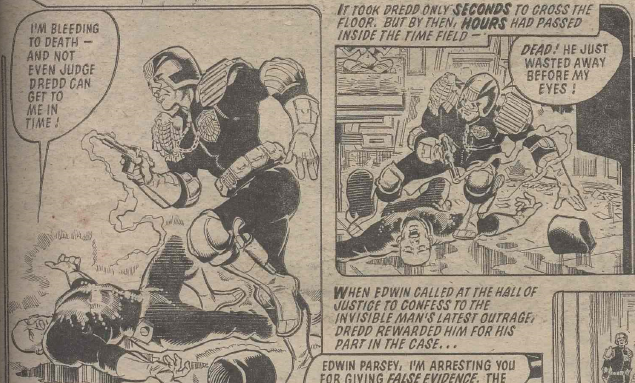