Looking for a book with car crash & temple cats

I'm trying to find a book that I read part of in the early 90s. I don't have much to go on, because I only read the first scene (I was a young child and it was too upsetting, definitely intended for adults). But I also have a very clear memory of the cover. It was in the sci fi/fantasy section of the library.

The book opens with a man who has just learned that his wife was in a car accident, and he is rushing to the scene. When he gets there, they don't want to let him through, but he gets to the car and opens the door. His wife falls out, dead or dying, and my memory is that blood pours out of her head, but there's a chance my mind may have exaggerated that part. It's a very emotional scene and the focus is on the man's distress at losing his wife. After that part it cuts to an entirely different setting and character, though that is where I stopped reading and I don't remember any details.

The cover was a night scene that showed the entrance to a place that looked like some sort of temple with light coming from inside. There was a cat on either side of the door, though I'm not sure if they were real or statues. There may have been another cat somewhere. The style makes me think it was from the 70s or 80s, but I could be off.

I've been looking for sci fi books with car crashes but I haven't found anything close yet, and I've also tried just looking through old sci fi book covers. Any ideas would be appreciated, thanks!

I ended up finding the book on a list of cat-related fantasy books, and double checked to find the car crash scene in the first chapter. It is The Catswold Portal by Shirley Rousseau Murphy.

I had misremembered an important detail: the cat statues are actually humanoid cats, but I had somehow mixed them up with the cat in the center. 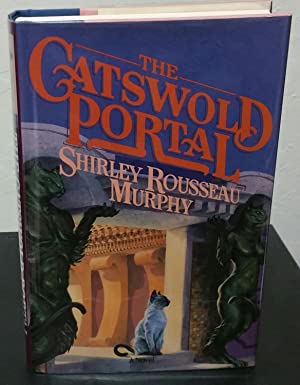 Could this be "The Anubis Gates" by Tim Powers? Publication date 1983. You don't give much to go on, but the cover is a possible match and yes, the main character's wife dies in a messy crash. On the other hand (1) it was a motorcycle (2) the scene is a flashback a couple of chapters in, not the opening pages, and (3) the statues are not actually cats but I can see why you might think they were. 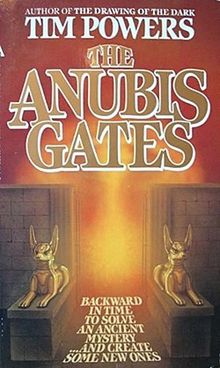 10
80s Sci-Fi movie with a monster-astronaut
9
Short book involving a car crash and artificial humans
9
Looking for a book involving a comet and blue skinned sailors
33
Novel about a man who has his car stolen and is cryogenically frozen with his cat?
5
Looking for a fantasy book about a girl who could talk to cats
15
Book with a cat who reveals to his reporter owner that cats can talk
10
Show/movie with James Dean and time travel to prevent/ensure a car crash
7
80s/90s Teen Sci fi novel - Girl with robot named Kilimanjaro, travels to a space station orbiting Earth
10
Looking for a sci fi novel with sentient cats