When she is introduced in Star Wars: The Clone Wars she is 14 years old, and she is 17 when the war ends. During this time, she has short(ish) headtails: 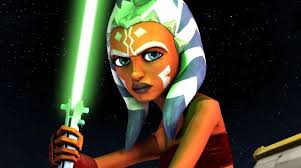 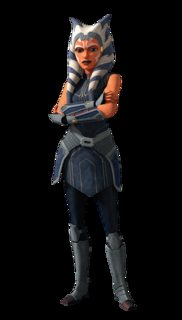 After that, she is shown with medium/long headtails when she is 32 years old in the show Star Wars Rebels: 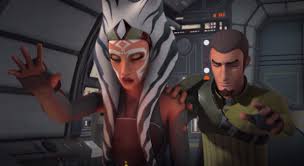 So WHY are her headtails are so sort in The Mandalorian? (in which she is 45 years old) 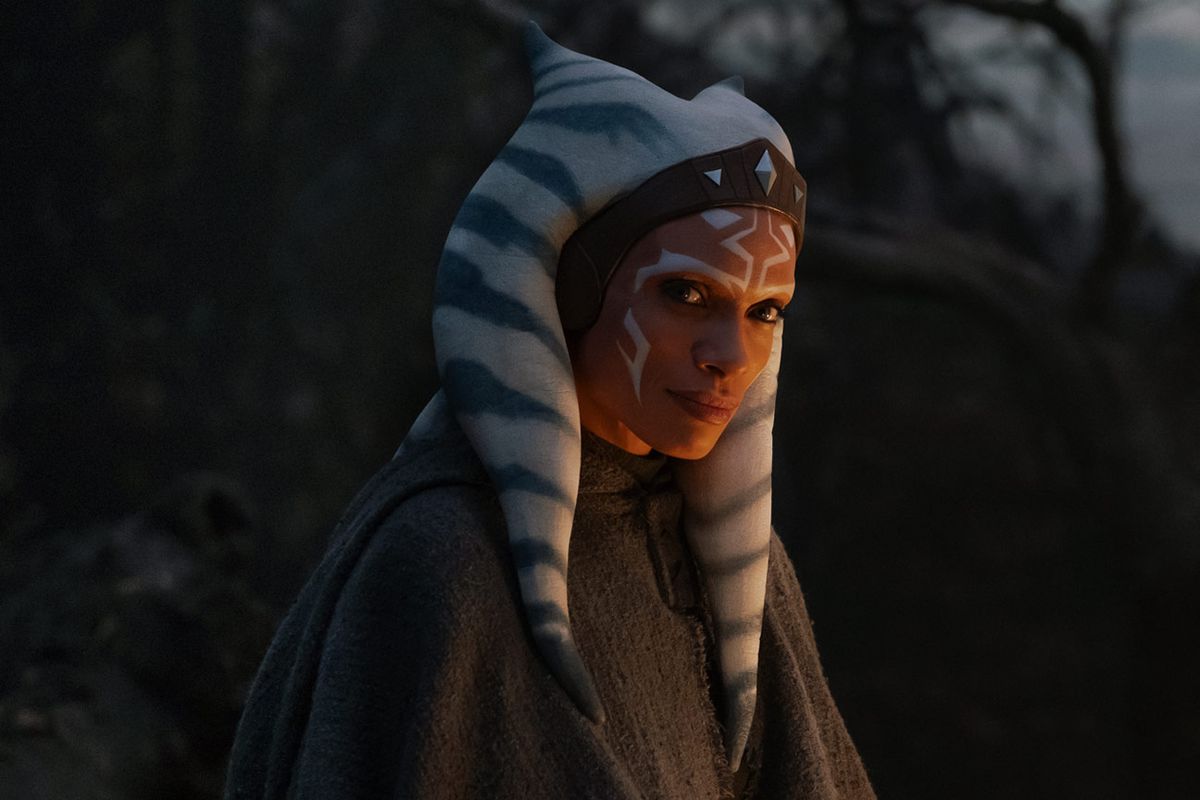 I will remind you that Togrutas' headtails continue to grow longer as they get older, and an adult of Ahsoka's age should have much longer headtails than she does in The Mandalorian. Shaak Ti, another female Togruta and Jedi who worked at the cloning facility on Kamino during the Clone Wars, has very long headtails in comparison to Ahsoka's, and she is 40 years old (in this picture)! 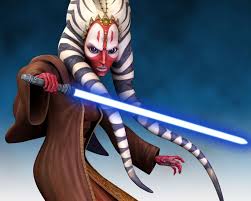 This was not an unknowing mistake on the part of the director of the episode. In fact, the director of Chapter 13, "The Jedi" was Dave Filoni himself! Dave Filoni practically created both shows mentioned above, Star Wars: The Clone Wars and Star Wars: Rebels. So it's not like he didn't know how a Togruta should look. He, of all people, should know what Ahsoka looks like!

So, having examined all this, Why does Ahsoka have short headtails? 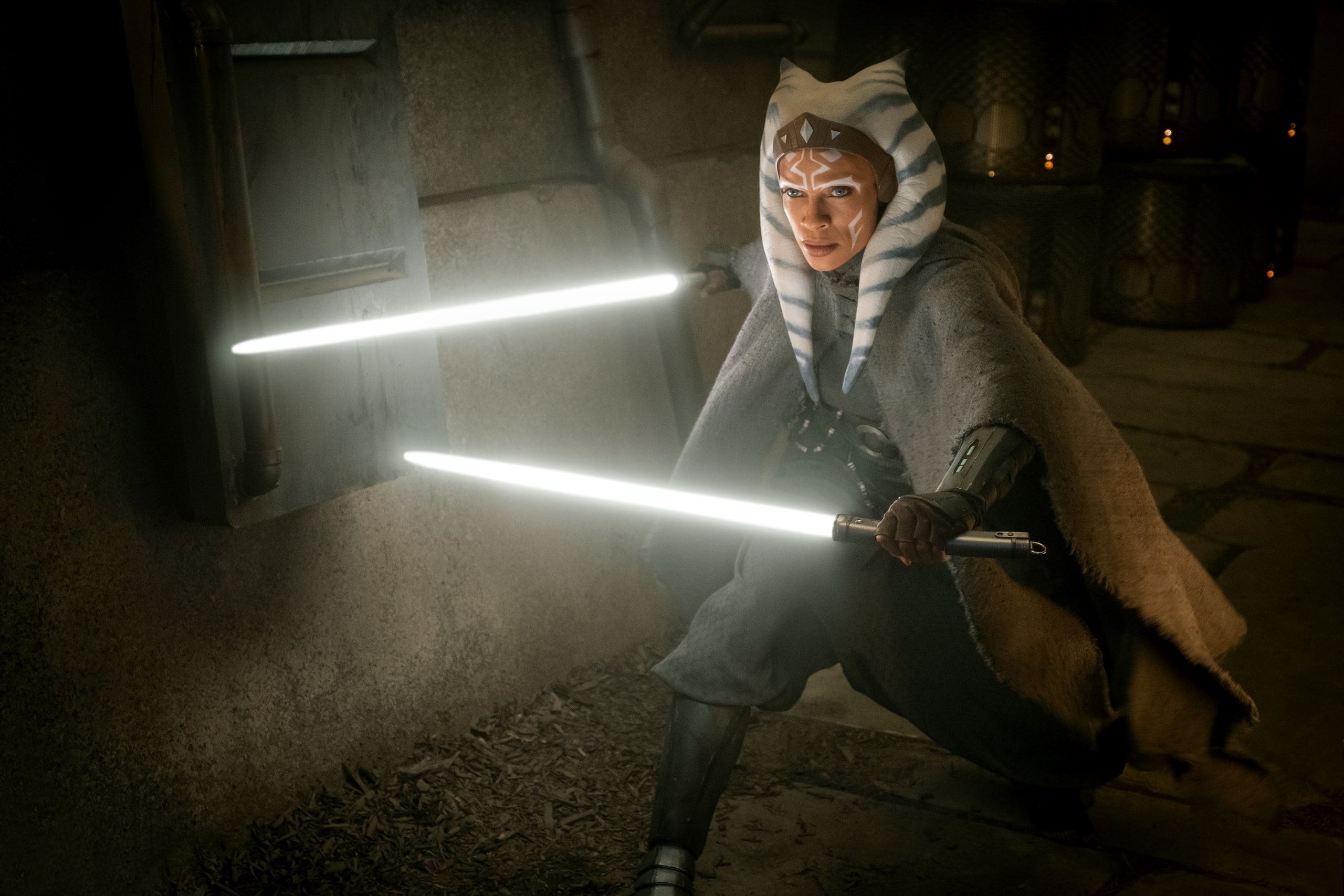 Is there a canon explanation?

The simple answer is that its just easier in live action stunts/action for them to be shorter. ScreenRant has an article where they highlight a tweet from a Lucasfilm character designer agreeing with a fan asking the same thing.

The length of the lekku and montrals atop Ahsoka Tano's head are quite a disappointment when it comes to the famous star Wars show: The Mandalorian. But you have to keep in mind that the mobility of an actor is restricted by the amount of weight an object or multiple objects put on them, Rosario Dawson was not going to be able to move properly if the lekku was going to be at full length. I'm pretty sure that no one would want to see a fan favorite character just stand still like a statue for the whole moment she has a cameo for. I understand that it is disappointing to see a noticeably shorter lekku on Ahsoka, but it is for the well being and movement for Rosario. I have no doubt that her lekku will continue to stay this short for the rest of her time on Disney+, especially in her upcoming series: Ahsoka. Please ask me if you have any further questions on the matter of Ahsoka's lekku. -Alisia.C.Martinez

Evidence: 'Yea pretty much that was the chief concern. From animation to live action I did a ton of design exploration for her and their appropriate size for the actor with consideration for stunts and movement. I'm sure I'll get to discuss at greater length in the near future!'

7
Where is Ahsoka Tano during the events of the original trilogy and beyond?
2
Did Ahsoka physically grow during the Clone Wars?
5
Why was Ahsoka involved in the Siege of Mandalore?
11
How and why was the 501st Legion on Mandalore and Coruscant at the same time?
13
Why are the Jedi a mystery to the Mandalorians?
10
Do Twileks and Togrutas have PPE for their lekkus?
6
Why did Ahsoka Tano struggle in her fight?
15
How did Ahsoka know the specifics of Anakin's fall?
8
How long after Ahsoka left the Jedi order did Order 66 happen?