Did Luke lose his X-Wing on Cloud City?

Luke flies to Cloud City near the end of The Empire Strikes Back to rescue his friends. R2-D2 follows him into the facility when they land.

Where does Luke’s X-Wing end up? Gone? Stolen? Destroyed by the Empire, so that means he’s issued a new X-Wing in Return of the Jedi?

Or is there a Canon or Legends novelization that spells out what happened?

Canon or Legends answers are acceptable.

In issues 3 and 4 of the current (2020) Star Wars comic series from Marvel, Luke, Leia and Lando return to Cloud City for various reasons.

Along the way, Luke picks up his X-Wing. 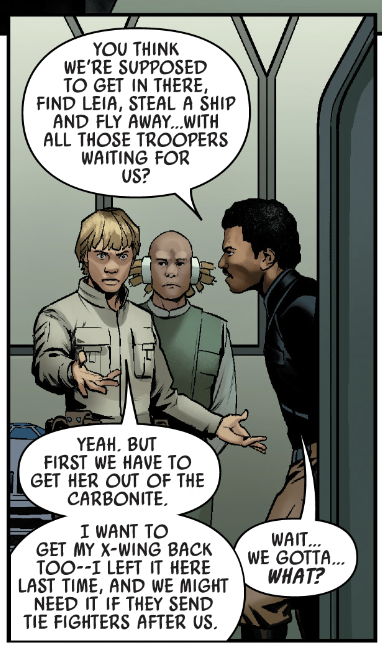 Not the answer you're looking for? Browse other questions tagged star-wars the-empire-strikes-back luke-skywalker or ask your own question.

9
Does Luke use the same X-wing throughout the movies?