Anybody remembers the title of a manga about a MC who almost gets killed by another world's princess so he can be reincarnated as the hero in her world? (And ironically saved by the demons so he's still alive).

The story starts as typical harem protags, with him, his sister and all that. He meets a seemingly princess from another world who says she needs him to accompany her because she believes he's the destined hero to be reborn.

When the MC agrees, the princess almost kills him using a bus because that's the only way for him to go to her world. A demon girl saved her because she doesn't want him to be reincarnated.

I read it around a couple of years ago. 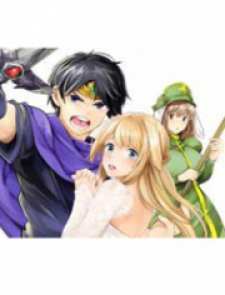 This manga is Goodbye! Isekai Tensei! It is still available on https://manganelo.com/manga/goodbye_isekai_tensei. Description from the website: "Yuuya Kamigasaki is a normal, 17-year-old high school student. But suddenly, a princess who calls herself Angelia Eight Gransia appears before him from another world."

It has all your earmarks:

Goodbye! Isekai Tensei! only ran from August to October 2019, making 12 manga episodes (print cartoon episodes). It is unfinished, as the princess attempts multiple times, sometimes as slapstick humor, to kill the protagonist day after day, only to be stopped by misfortune or the demon king's daughter.