Short story: alien has sex with human woman, then turns into candy

I'm trying to track down a short story I read about 5 years ago. It was in a secondhand paperback anthology, which I guess could have been printed any time in the last twenty years.

An alien race had made contact with Earth, and had established a small embassy on Earth on a (possibly Pacific?) island. Single Earth women in particular were targeted in advertising to take cheap holidays there, and so have a luxury stay in a tropical paradise. The story follows one such woman, who in a vulnerable state after ending a relationship, is tempted to take this trip. She falls in love with her alien host, they have sex, and the next day he dies and turns into candy. She is at first horrified, but finds the candy so tempting she cannot resist consuming him. Clearly this process was inspired by reproduction in some insect species, where the male sacrifices himself in order to mate with a female. It turns out that the whole point of the so-called embassy is a means to allow the aliens to reproduce. Possibly the aliens had run short of females of their own, but my memory is hazy on this.

I thought at first this would be from Silverberg, but trawling though his short stories hasn't turned anything up.

Alien Embassy by Gary Kilworth. I read it in the anthology A Science Fiction Omnibus. 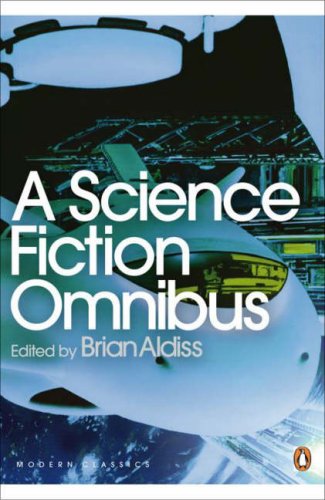 The protagonist is Evelyn, and the story goes exactly as you describe. She has just broken up with her partner Tony when she receives a free ticket to the island:

Evelyn had received the free ticket through the post. The accompanying letter said her name and address code had been entered into a computer and she had been one of the few successful ones. It came at a time when she felt like suicide rather than sunning herself on tropical sands. But what had finally attracted her, made her take up the offer, was the promise of solitude.

The alien is Xavier, and he dies immediately after they have had sex. Then after three days:

When she entered the bedroom, the smell hit her. Not rotting corpse. Nor anything like it. A sweet, enticing odour not unlike that of marzipan. She adored marzipan.

Evelyn went to the bathroom, the source of the scent, to investigate further. The thing on the floor no longer resembled a body, having gone through some kind of metamorphosis. It now resembled the empty carapace of some giant insect and was the colour of golden, syrup. It glistened like crystallized treacle. She bent down, broke a piece off with her fingers. Crisp. Sticky. And with that unmistakable essence. Somehow it went straight into her mouth, without any fuss. Delicious. Quite delicious.

She had questions. There were honest answers. There were also assurances from both sides that no one would ever say anything about the incident. They had their reasons for secrecy and she was certainly not going to tell anyone she had eaten her dead lover. And she now knew what Xavier had meant by her time. That had puzzled her at first and she had thought he must have meant something else. It was why he had waited, of course, to make love to her, knowing it could only be done once. On the flight home, her hands rested on her abdomen. She had made love with Tony many, many times without becoming pregnant, but the aliens of course had a different chemistry. The males could only do it once: it had to be a sure thing. What was essential to ensure conception, they had since told her, were the ingredients in the afterfood. She should feel no shame. Her baby depended upon it.

6
90/80s young adult sci-fi tv show: young girl turns out to be alien princess (or some such)
13
SF Short Story: alien apes invade during nuclear war
10
Sci-Fi short story of woman who transformed into a male then back
2
1950s short story: alien ship and vampires
8
Short story: aliens with easy FTL travel but flintlock-type weapons
9
Short story where a girl turns into werewolf when she has her period
8
Robert Silverberg story - Human woman with alien lover
11
Story about alien art smugglers
10
Which story featured a human woman who had a relationship with a short lived alien?
5
Story about human-alien sex toys