Why doesn't Virgil have a Sylveon?

Virgil in Pokémon is supposed to have every version of Eevee's evolution so why doesn't he have a Sylveon? 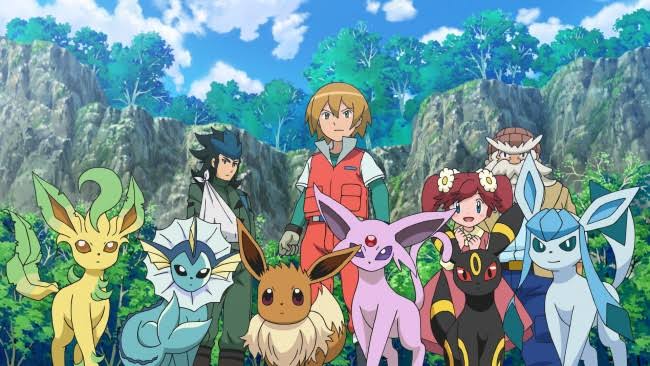 That's because Virgil and his team of Eeveelutions appeared in "Team Eevee and the Pokémon Rescue Squad!"(November 15, 2012) which was the second episode in the Black & White series.

The Black & White Series was part of Generation 5, Sylveon was introduced in X&Y which is Generation 6 and debuted on October 12 2013, nearly a year later.

15
Why are there no Dark type Pokémon Gym Leaders?
8
Why doesn't the player as champ have to await the next challenger?
12
Why do Staryu and a few other Pokémon not say their names when all the others do?
19
Why doesn't Ash try to catch 'em all?
19
Why was Pikachu chosen to be the mascot for Pokémon?
17
Why was Arcanine with the Legendary Birds in Veridian City in Pokémon Origins?
8
How would a Pokéball know that it needs to be transferred to Oak?
28
Why doesn't Ash keep Pikachu in a Poké Ball?
63
How can every Cubone be wearing its dead mothers' skull?