Where does Wonder Woman conceal her bracelets when she's dressed as Diana Prince?

A recent question about how Diana quickly transitioned from her civilian attire to her Wonder Woman costume, in a scene from Wonder Woman 1984, got me thinking about this. It appears that she wore the main body of her costume beneath her civilian clothes in the film, as she often does in the comics. She certainly wasn't wearing the bracelets prior to changing though, as her bare forearms were clearly visible in shots of her from just seconds or minutes earlier. 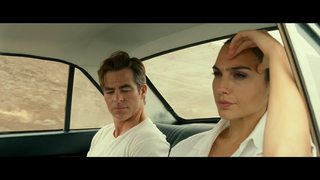 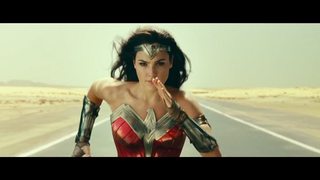 So where did she conceal the bracelets? And where does she conceal them in general when she's wearing civilian attire with short sleeves? Answers sourced from either the movies, comics or cartoons are welcome.

Browse other questions tagged dc dc-extended-universe wonder-woman-1984 or ask your own question.

6
How does Diana change into her Wonder Woman costume so quickly?

15
When did Catwoman start wearing a catsuit in the comics?
7
Is Amanda Waller actually fat or is she “Kingpin” fat?
60
Did the writers of Wonder Woman have some kind of fetish for bondage, in the early comics?
15
What are the powers or abilities of Diana's sword?
16
Does Wonder Woman ever get cold?
21
Is Zeus alive in the new DC film continuity?
21
Is Wonder Woman also a speedster just like the Flash and Superman?
6
How does Diana change into her Wonder Woman costume so quickly?
4
How long can Wonder Woman's Lasso of Truth grow?