I am looking for an old cartoon—probably made around the '80s or '90s—that was about people who had different colored wristbands that gave them animal-like powers. I think it used to be shown on Boomerang.

Although the time period when it was made does not match what the questioner thought, I think the show he is looking for probably is, in fact, Legend of the Dragon. The show aired from 2005–2008, and it was not actually on Boomerang either; it was broadcast in America on Disney-owned channels and on other channels elsewhere in the world. (I looked at the long list of shows broadcast on Boomerang, and I did not see anything more promising that was older—although it is certainly conceivable that I overlooked something.)

The second and final season (which consisted of just thirteen episodes) begins with the reformed Ling finally back home as the second Golden Dragon alongside her twin brother. Now they, Chin, and the fellow Guardians of the Tiger and Monkey Temples are ready to put an end to the Zodiac Master and the Emperor of the Darkest Ying once and for all. However, the Emperor is on the move to regroup at the Temple of the Shadow Dragon, but not before he attacks and disintegrates the Temple of the Golden Dragons, leaving Ang and Ling's power-bands on the verge of powerlessness. Luckily, Chin suggests going to long-lost Temple of the Shadow Dragon and utilize its vast amounts of negative energy to rejuvenate their power-bands. As Ling was exposed to the evil energies of the Shadow Dragon for quite some time, she becomes easily tempted by the temple's negative influence on both her mind and spirit. However, with the wisdom of Master Chin, she and Ang successfully recharge their power-bands with no negative effects. Elsewhere, the Emperor manages to release his younger sister Yin Wi, the Guardian of the Shadow Rat, who had been imprisoned by one of the previous Golden Dragons for one thousand years. The two siblings concoct plans to conquer the modern world, and have their vengeance on all twelve guardians of yang; the Golden Dragon in particular. As they head to the Temple of the Shadow Wolf, the heroes get there first and encounter K-Lo, the Shadow Wolf Guardian who was one of Ling's allies during her dark times as the Shadow Dragon and who seems to have quite an interest in her, now that she has become a Golden Dragon.

The characters' dragon or animal powers are utilized through the power-bands mentioned above. There were twelve sets of powers, based on the years of the Chinese Zodiac: rat, ox, tiger, rabbit, dragon, snake, horse, goat, monkey, rooster, dog (interpreted as wolf on the show), pig. The most prominent villain was the Zodiac Master. Each band had a color, indicating its elemental affiliation, 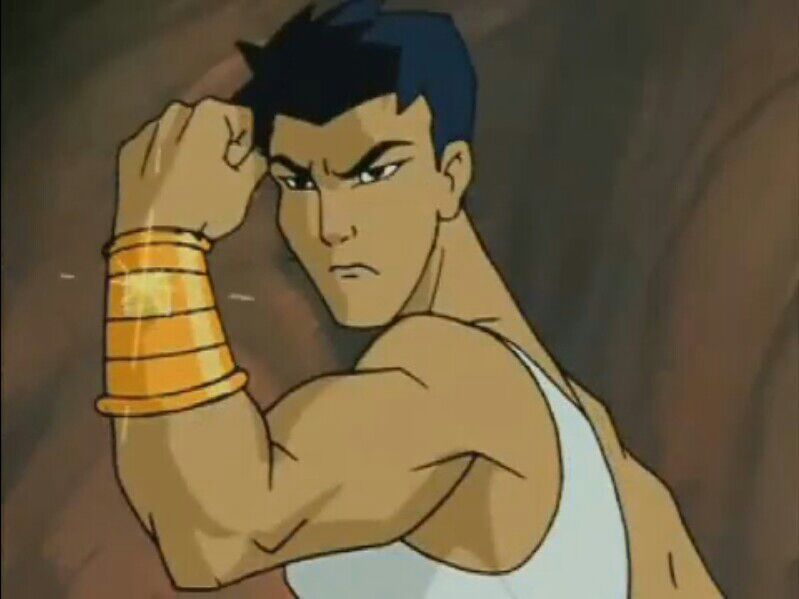 and a gem carved with a representation of its tutelary animal. 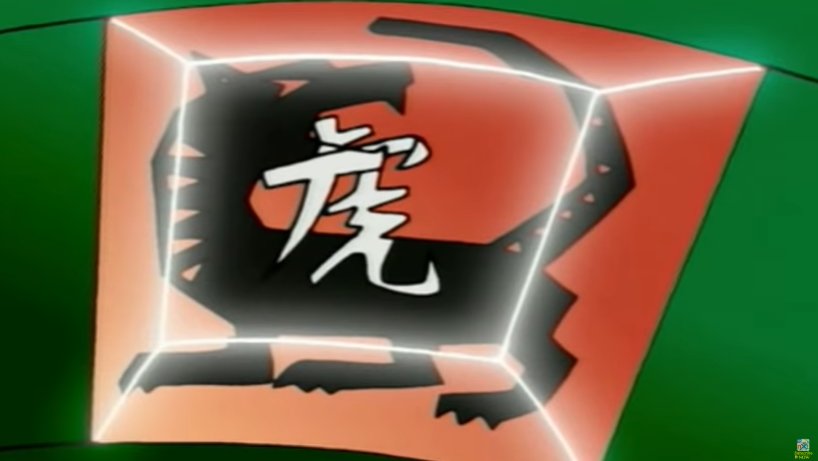 Activating the power-bands allowed the guardians to take on animal-empowered forms. 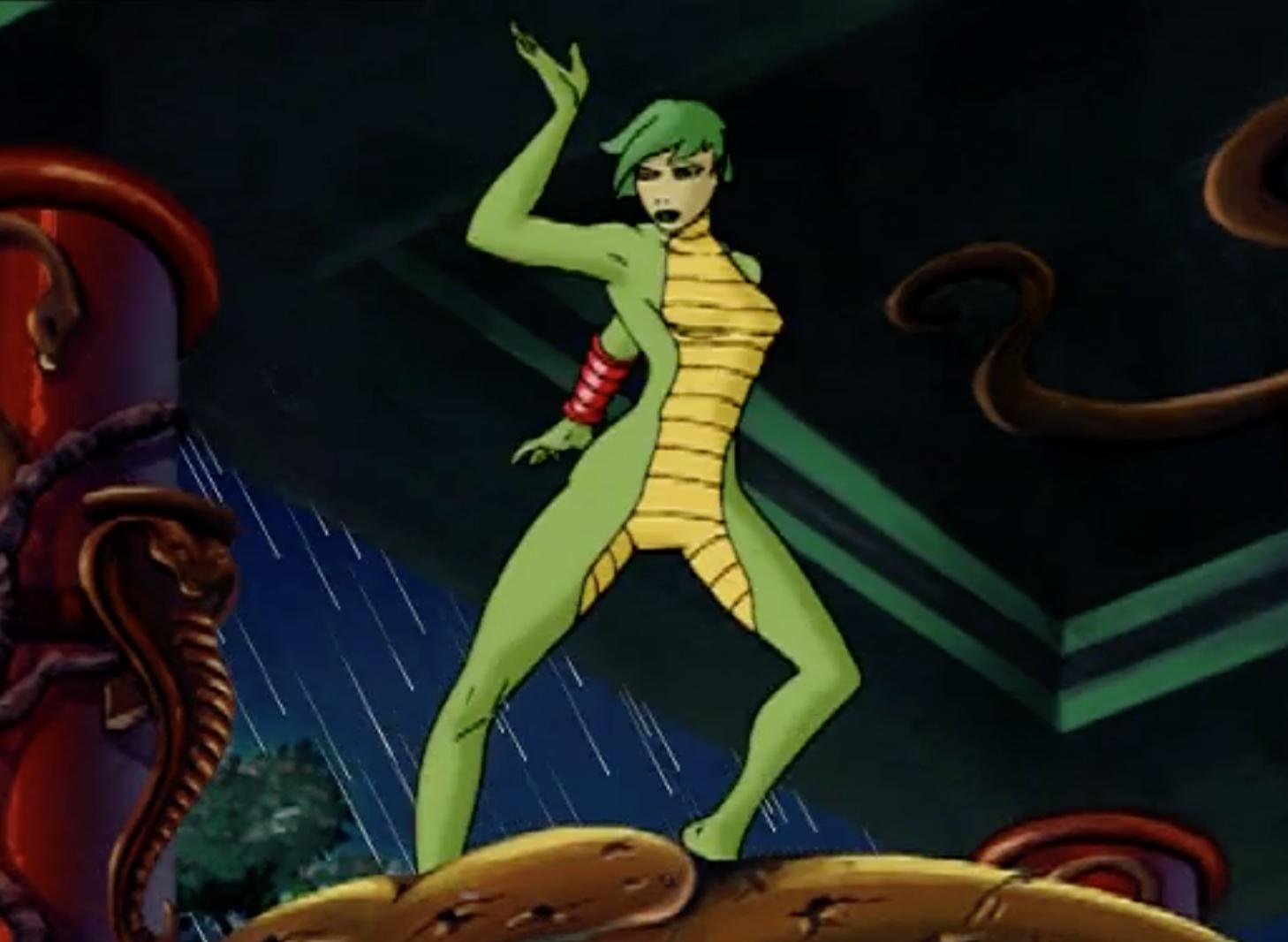 9
Old heroic fantasy cartoon
6
80's/90's anime film where people transform into their animal powers. i.e man changed into cheetah to run faster
6
Cartoon series with Infinity gauntlet-like worn by a teenage boy
4
Cartoon with an evil scientist/doctor
7
A 80s-90s anime/cartoon where MC carries a sword in which can place different gems that grant different powers