Did the events of “One More Day” erase Mary Jane's pregnancy from the timeline?

The controversial One More Day storyline from 2008 famously altered Marvel Earth-616 history so that Peter Parker and Mary Jane Watson were never married.

In the revised timeline, a random mishap during Peter's activities as Spider-Man caused him to be knocked unconscious when he was due to attend the wedding. Rather than reschedule the ceremony, they chose to cohabitate as an unmarried couple during the period in which they were previously married.

Did MJ's pregnancy during the Clone Saga -- first revealed in Spectacular Spider-Man Vol 1 #220 -- still occur in the revised timeline though, or was that wiped from history along with the wedding? 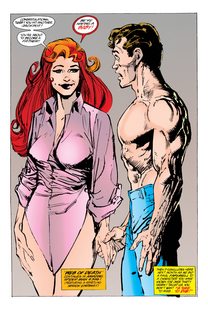 Mary Jane's pregnancy did not occur in the revised timeline...

... according to Spider-Man's entry in the Official Handbook of the Marvel Universe A-Z #11. 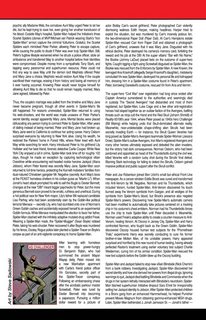 The relevant passage of text states that:

Despite money from a sympathetic Tony Stark, and tapping every paranormal and superhuman resource, Peter could not find any way to save May until the demon lord Mephisto offered Peter and Mary Jane a choice. Mephisto would restore Aunt May if the couple sacrificed their marriage, erasing it from history and losing all memory of it ever having occurred. Knowing Peter would never forgive himself for allowing Aunt May to die so that he could remain happily married, Mary Jane agreed, followed by Peter.

Thus, the couple's marriage was pulled from the timeline and Mary Jane never became pregnant, though all other events in Spider-Man's life still happened.

It was later explained in Amazing Spider-Man Vol 1 #639 that since Peter's activities as Spider-Man were the reason he failed to show up to the wedding, MJ decided she wouldn't marry him, or have children with him, as long as he continued to be Spider-Man. She didn't want to leave him either though, so they agreed to continue their existing relationship as an unmarried couple, until and unless there came a time when Peter was willing to give up his costumed identity. 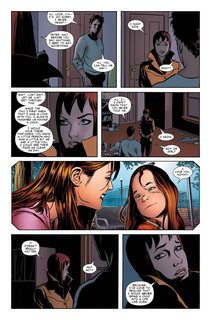 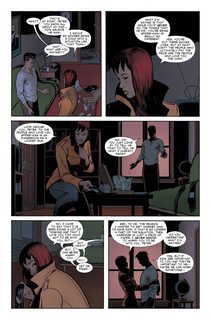 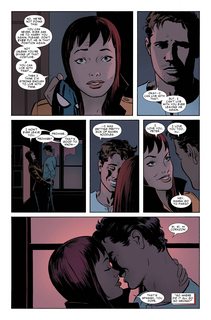 Not the answer you're looking for? Browse other questions tagged marvel comics spider-man continuity timeline or ask your own question.

6
In “One More Day,” did Spider-Man really have to make a deal with Mephisto?
12
How did The Doctor and Clara escape his timeline?
3
Why is the Redverse from the 3rd season more advanced than the one seen in the 1st season?
24
Do Judy and Peter remember anything from the events in Jumanji?
18
How did Doctor Octopus survive even one punch from Spider-Man in Spider-Man 2?
8
Have the Spider-Man sketches from The Electric Company ever been referenced in more “canonical” media?
3
Did this character die in the original, looped Agents timeline?
3
Why did stopping Vosk from returning to the future reset the timeline (including the past)