What Superman story was it where Lois Lane had to breathe liquids?

Way back in the 1960's I regularly got DC comics and in particular Superman. There was one story where I can only recall a few squares of the comic strip.

For some reason something had been done to Lois Lane and she needed to breathe liquids, however she could function as normal for 4 hours (6 hours? 8 hours?) at a time but then she had to breathe liquids for a few minutes or she would die.

So she's on a plane, twin prop thing, with Clark Kent and several dozen journalists, they're either going to or returning from a major press conference.

Due to turbulence the flight is running very late and they're approaching the 4 hour point but it'll be another half hour until they finish landing, taxi-ing etc. Things are looking grim for Lois because there's no liquids on the plane!

Clark Kent has a moment of inspiration and gets a hat off a fellow journalist, he then goes up and down the passengers and gets his fellow press men to empty their fountain pens in the hat.

He takes this hat brimming with ink and puts it on Lois's lap, she promptly does a face plant into it, she surfaces with a dark blue face (the comic was possibly black and white btw) a couple of minutes later, all relieved to be alive.

The plane lands and she's very happy her hat has a dark veil so she can get to a taxi without attracting attention.

That's all I recall of this story. I do remember, as a geeky little schoolboy, wondering why all those reporters on a plane didn't show the slightest interest in a passenger who breathed liquids.

Lois Lane takes an experimental serum that will let her breathe underwater, but unless she reaches moisture once an hour, she will die...and the Anti-Superman Gang wants to make sure she does. 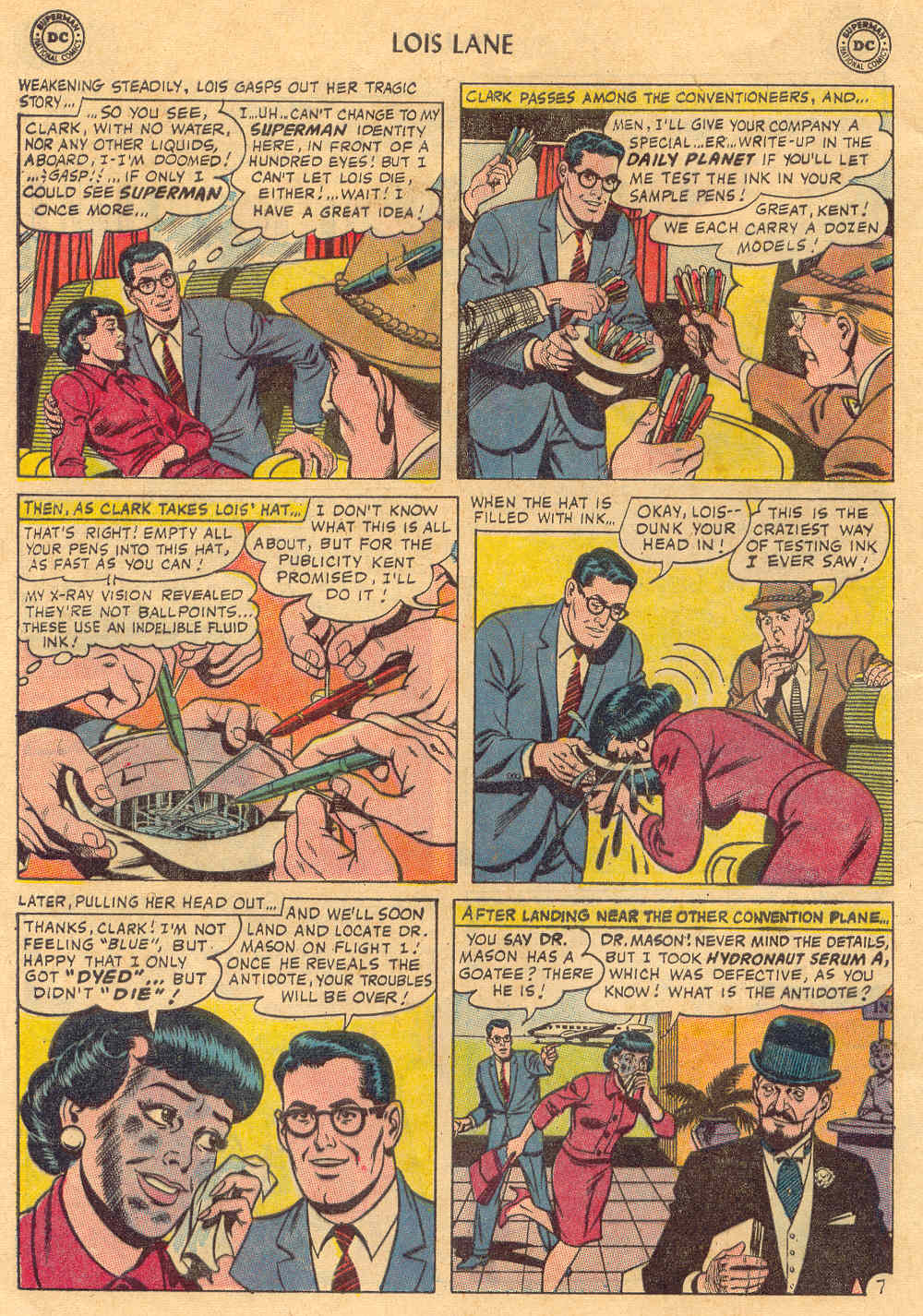