Who survived the skirmish at the Sarlacc pit and the destruction of the Khetanna?

In Episode VI: The Return of the Jedi, we see our heroes escape "a new definition of pain and suffering, [being] digested over a thousand years" inside a sarlacc, and in general from imprisonment by Jabba the Hutt. They sail away on a desert skiff, with the Khetanna, Jabba's sail barge, exploding in the background.

In the series The Mandalorian, we learn that

Were there any other survivors? (Besides our heroes, of course).

Besides the Rebels and the characters mentioned in the question,

Boba Fett and Bib Fortuna, whose methods of escape haven't been shown in canon yet:

According to the Star Wars Character Encyclopedia, New Edition, the members of the Max Rebo Band—Max Rebo, Sy Snootles, and Droopy McCool—are known to have been on the sail barge and survived, breaking up after Jabba's death:

After Jabba's death, the band breaks up.

In The Legends of Luke Skywalker, a mole-flea named Lugubrious Mote claims to have been present as well, surviving by riding on Luke's head: 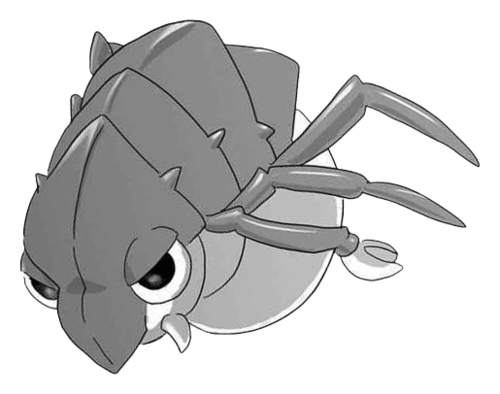 Her story in the collection is fairly outlandish and is likely intended to be a tall tale, but, notably, includes many details of the battle that would have been hard to learn in-universe without being there.

The only other character known to be present at the destruction of the Khetanna who isn't known to have been killed, or eaten by the Sarlacc, was Saelt-Marae, one of Jabba's goons, popularly known as "Yak Face" out-of-universe. 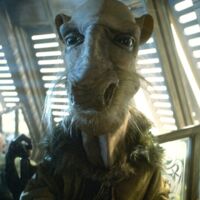 However, he hasn't appeared in any sources since, so it's entirely possible that he was killed as well.

Several of the same and other characters are known to have survived in Legends, besides the Rebels:

Not the answer you're looking for? Browse other questions tagged star-wars return-of-the-jedi the-mandalorian or ask your own question.

64
Why was there a pit in the Emperor's chamber on Death Star?
24
Why was Boba Fett still hanging around with Jabba?
13
Why didn't Emperor Palpatine use a lightsaber to prevent his fall into the pit?
27
Why and how were Luke Skywalker's hands freed before he went into the Pit of Carkoon at the Dune Sea in ROTJ?
3
Were medals awarded after the destruction of the second Death Star?
10
So is Slave I (Boba Fett's ship) just sitting there, abandoned, near Jabba's Palace?
4
Did Luke use precognition to prepare for the Skirmish at the Great Pit of Carkoon?