I've always thought of lightsaber blades as dowel-shaped, but if you look at some of the lightsaber fights in the original movies, there are points where it momentarily looks flat like looking at a sword blade edge-on. That might just be artifacts of early effects technology, since I haven't noticed anything similar in the newer movies. However, the darksaber is very clearly rendered as flat, but also clearly a very unique weapon.

So, as in the title, are lightsaber blades flat like a sword, or round like a dowel?

Lightsaber emitters are typically round: 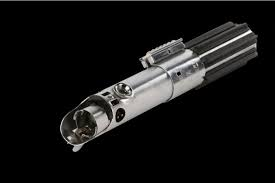 Also, if these lightsabers were anything other than round you would expect them to appear differently depending on the relative angle between the viewer and the lightsaber. However, you can usually see that the dimensions of the lightsaber beam are consistent from every angle, which implies they are circular.

The very first time we saw a lightsaber in Star Wars, Luke holds it at a variety of angles:

(EDIT: though here is an example like OP mentioned where there are brief moments where it appears flat, oh well.)

And as OP and Jack B Nimble mentioned the Darksaber appears to have a flat blade.

The Darksaber's hilt is noticeably different from the typical round emitters: 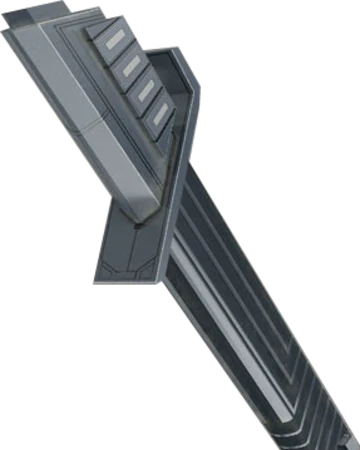 And when it is moved around by characters wielding you can see that from some angles it appears wider and others more narrow, which is what you would expect for a flat blade. This is demonstrated nicely in this gif:

The Darksaber is a unique kind of lightsaber and thus this difference reinforces the idea that lightsabers are typically round.

Here are a couple more shots that seem to show a round blade:

And finally, for what it's worth, note that the lightsaber props have sometimes been wooden dowels, which are round. If they were going for something other than round, they'd probably have used something else. 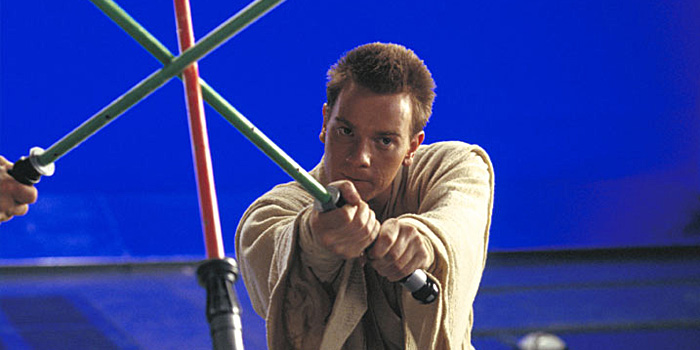 EDIT: another thought I had was that really you could only know the answer to this if you were looking at a canon-confirmed lightsaber in 3D. Fortunately, there's a canon VR game "Vader Immortal" that features lightsabers. I haven't played it but I suspect the lightsabers look pretty round in VR. Can't say definitively from this gameplay video but seems round to me. 😜

EDIT: As pointed out in the comments by @aleppke, you can look at the holes lightsabers make. An example I found of this is in Clone Wars (the hole there looks pretty circular to me): 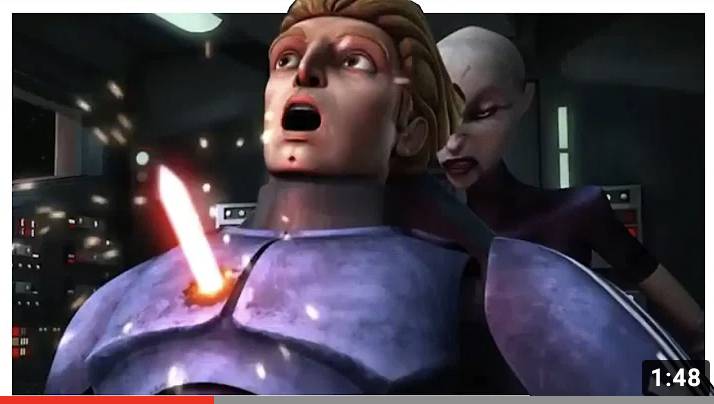 The original 1977 film (which you can't really see anymore) used mechanical beams to simulate swords. These beams were circular and, if you see the non-special edition, you can even make out the beam from the final cut (where Obi-Wan is circling Vader's saber with his own and the pole itself is visible for a split second when the tube is aimed directly at the camera)

Any "flat" looks may be due to the fact that they edited the original films to have a better glowing effect, more consistent with the prequel trilogy.

The expanded universe canon--at least before Disney decanonized all of it--was that lightsabers were consisted of a flat, but very thin loop of flowing plasma magnetically confined to the handle, and that they do technically have an "edge", being more effective slicing along the edge than against it, though it can't be seen due to how brightly it glows.

This also was presented as an explanation for why only force-sensitive people can wield them effectively; the huge current and strong magnetic fields (including interaction with the magnetic field of any planet you're on, presumably) meant it would pull sideways when swung, and you needed to be able to predict and account for that, which was only really feasible for those who could use the force for that, though in theory possible for someone who's just very good with them.

They are round. You’re right about the Darksaber though, it’s flat because it’s a unique lightsaber but normal ones are usually round. However, the blade of a lightsaber is pure light. And light can give off different shapes and effects depending on the angle that you look at it. Your brain can manipulate light in so many different ways. But I think it’s just old filming quality.

12
What Settings Are Possible on Lightsabers?
31
How do Jedi (and Sith) practice lightsaber duelling safely?
7
Is there a case of a Force user using the Force to curve a lightsaber blade in Legends?
1
How are lightsabers made?
8
Are actual lightsaber crossguards effective?
6
Could Luke have killed Yoda?
8
Are some lightsabers "stronger"?
24
Are there lightsabers with moving emitters?