Sci-fi book in which people can photosynthesize with their hair

I am searching for the name of a sci-fi book in which people can photosynthesize with their hair, and because of that, the rich cut their own hair and food is very expensive.

The story is about a family who have lost their daughter during a ski trip, in the fictional future Iran.

In a world where we have been genetically engineered so that we can photosynthesise sunlight with our hair hunger is a thing of the past, food an indulgence. The poor grow their hair, the rich affect baldness and flaunt their wealth by still eating. But other hungers remain...

The young daughter of an affluent New York family is kidnapped. The ransom demands are refused. Years later a young women arrives at the family home claiming to be their long lost daughter. She has changed so much, she has lived on light, can anyone be sure that she has come home? Adam Roberts' new novel is yet another amazing melding of startling ideas and beautiful prose. Set in a New York of the future it nevertheless has echoes of a Fitzgeraldesque affluence and art-deco style. It charts his further progress as one of the most important writers of his generation.

And this review from The Guardian mentions that the story begins at a ski resort on Mount Ararat:

It's about a hundred years in the future. The poor are living on sunlight, which they absorb through their hair. A woman can't sustain pregnancy on this miserable diet, so there's a big shift: the masses are chronically short of children; and that's going to be important. The story itself begins at a ski resort on Mount Ararat. Three couples, holiday acquaintances, parade their callous affluence. They are proudly bald and mountainously fat; they have disgusting table manners and engage in joyless, thunder-thighed illicit sex. They are nasty to the local staff, and ignore their own small children, whose "carers" must produce these trophy objects for a few minutes' display, before quickly removing them again. Then Leah, the older child of the central couple, George and Marie, disappears. The regional police take a relaxed view; they explain that child kidnap is commonplace, then arrest the "carer". The motive is not ransom, the girl will not be returned: and that's the end of that. 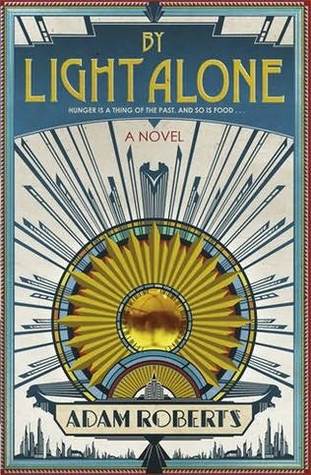 By Light Alone by Adam Roberts.

In a world where we have been genetically engineered so that we can photosynthesise sunlight with our hair hunger is a thing of the past, food an indulgence. The poor grow their hair, the rich affect baldness and flaunt their wealth by still eating. But other hungers remain...

Summary from Goodreads above. It also mentions the kidnapped daughter.

8
A series of books involving reptilian-alien protagonists
6
What short story collection has a teleporting murderer and tiny purple beings who take over the planet?
10
Sci-fi book about overwhelming psychic space critters where each chapter is written in a different writing structure?
5
story about "souls" of deceased people implanted in other people
7
1990s (?) Animated sci-fi cartoon. Search for Indiana Jones lookalike
11
Identification of mid-80s time travel tv show
4
Manga with an assassin with eyes that can kill
18
80s era sci-fi book on time travel; college man gets to the future where telepaths are a growing minority, plants iron berries and gets rich
6
YA Book involving a girl who acquires a book of mystic lore, trapped in alternate world with scarecrows, saved by her mother's watch