Why did Spider-man have a six legged spider emblem on his costume?

I saw a funny panel Slytherincess posted in chat. It has a six legged emblem on Spideys costume. Is this a Stan Lee sanctioned version of the webslinger? 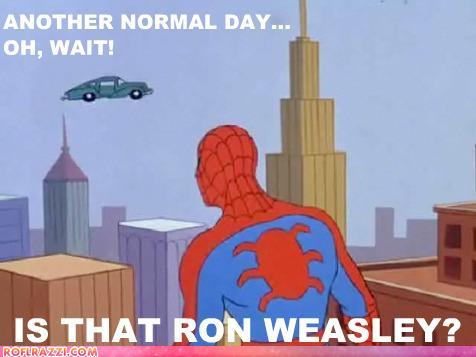 Is there a back story?

That's from the 1967 Spider-Man cartoon series, which included Stan Lee as a "Creative Consultant". The 1967 cartoon series has given rise to an internet meme involving taking screenshots from the series and adding "witty" text to it.

So while it is a product approved by Stan Lee, like most cartoons, complex designs must be simplified. It's the same reason that most cartoon people have 3 or 4 fingers and not 5 like a real person would have. Thus, an 8 legged spider now has 6 legs, making it look like a tick instead.

Not the answer you're looking for? Browse other questions tagged spider-man marvel costume or ask your own question.