Book about stranded vampire-like aliens in conflict with one another

The novel was probably from the late '80s, no later than '92. Aliens had crash-landed long ago and were the inspiration for vampire legends. They lived in secret among us in modern times, and there were factions in conflict on how to treat humans.

I can't remember the overall plot or main character's story; probably a human who encounters vampires. I just remember being interested in the alien twist.

Can't remember how they fed, and it read more like a conspiracy thriller I think. Might be mixing it up with other stories, but I think some fed harmlessly in secret while others were predatory.

Might this be Those of My Blood (1988) by Jacqueline Lichtenberg? 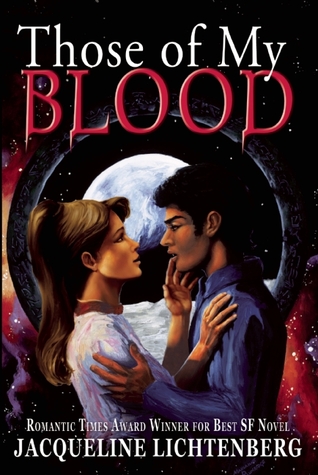 Integrating vampire love and page-turning suspense by an award-winning science fiction author, this story of fantasy and romance will appeal to genre fans of all kinds. Finding the remains of an alien spaceship complete with humanoid corpses, scientists begin to work on sending a message to the stars, in hope of contacting the newly discovered civilisation. The scientists, however, are unaware that the aliens they are attempting to contact already walk among them. Stranded on Earth generations ago, the vampire-like Luren have split into two sects: the Residents, who consider themselves part of human society, and the Tourists, who prey upon humans as they wait to return to their home planet. Fearing that Luren civilisation will enslave humanity upon the receipt of the message, astronomer and Luren Resident Titus Shiddehara works furiously to sabotage the scientists' contact attempts.

This review from SF Site references the aliens' differing methods of blood consumption:

Vampires on the Moon? This premise provides a unique backdrop for Jacqueline Lichtenberg's Those of My Blood.

Dr. Titus Shiddehara is a human/vampire hybrid alien from the planet Luren. Titus, an astronomer has been sent to Project Station on the Moon to stop his nemesis and vamphyric father, Dr. Abbot Nandoha from contacting the home world of Luren.

Titus is a resident, a Luren who does not drink blood from the human source. Instead, he drinks a cloned, dried blood mixed with heated water. Abbot, on the other hand, is a Tourist. He feels justified in not only drinking blood from humans, but also in their domination. To Abbot, humans are just like cattle or orl. If Abbot succeeds in sending his message to Luren, humanity will be doomed.

Abbot and Titus, as vampires have incredible telepathic powers. They are able to bend others to their will and create believable illusions. Using these skills, Abbot does everything he can to try contact Luren. Titus is forced to struggle to thwart Abbot and stay alive. This power struggle, set against a conflicted Earth, creates a refreshing and fascinating world with unexpected twists and turns. Those of My Blood will keep you guessing until the end.

Could this be The Green and the Gray by Timothy Zahn? That is from 2004, and the aliens are not really vampires, but there are two kinds of aliens at war with each other, living in secret among ordinary humanity.

Not the answer you're looking for? Browse other questions tagged story-identification books aliens vampire or ask your own question.

4
Book about vampire army underground
7
Vampire book series about twin sister high schoolers with one being a vampire
4
80s era Sci-Fi/Horror film featuring several unrelated stories (not Creepshow)
7
Story about an astronaut stranded on the moon with apollo like technology
4
Book about the last female vampire-lycan hybrid
6
Book with like 10 kids with powers and invading aliens
26
Sci-fi book about humanity barely winning a war with an alien race, after which the protagonist discovers some secrets about the conflict