I have searched over and over trying to find this, so now finally posting the question to see if anyone else has a clue about this. My details are vague, but here goes. I remember watching a cartoon in the 80s about big robots. I do not believe it was Voltron and I know it is not Transformers or GoBots. I believe that people were in the robots. It could have been Mazinger, Robotech, Gundam, maybe?

I am thinking about one episode in particular. The good robot/robots/mechas had to protect a city that was under attack by TWO villain monsters. One was a typical walking robot and it had wings, sort of spherical, which I believe were red, and it closed itself up in those wings, using them as a shield which the good robot could not penetrate. My naming of them as wings could be wrong, I just know it would close up like a clamshell to protect itself from blasts.

The other monster robot was (again, I think...I was very young) a white robot, a scorpion I think. I remember the good guys thinking the city was lost, as they could not stop the winged/shielded robot that was attacking the city. Then they realized/figured out that the real thing they needed to destroy was the white scorpion robot. That is all I can remember.

I do remember there being a very anime art to it, with dark cannon blasts, damage, etc. Think Voltron.

Hoping anyone out there has an idea, I realize it is not much to go on.

Since old mecha animes episodes were set on a monster-of-the-day schedule, it is very difficut to find one, based only on the description of a single monster.

Because of the description, I think that Robotech and Gundam could be excluded (usually the enemies were mechanical and humanoid in shape).

A possibility, according to your description of the monsters could be Grendizer (also know as Goldorak in France and Goldrake in Italy). Usually the monsters were based on a flying saucer form (as the ship of the protagonist), and it was quite common to see a monster using the two halves of its flying saucer as a kind of wing/shield.

This is the titular robot 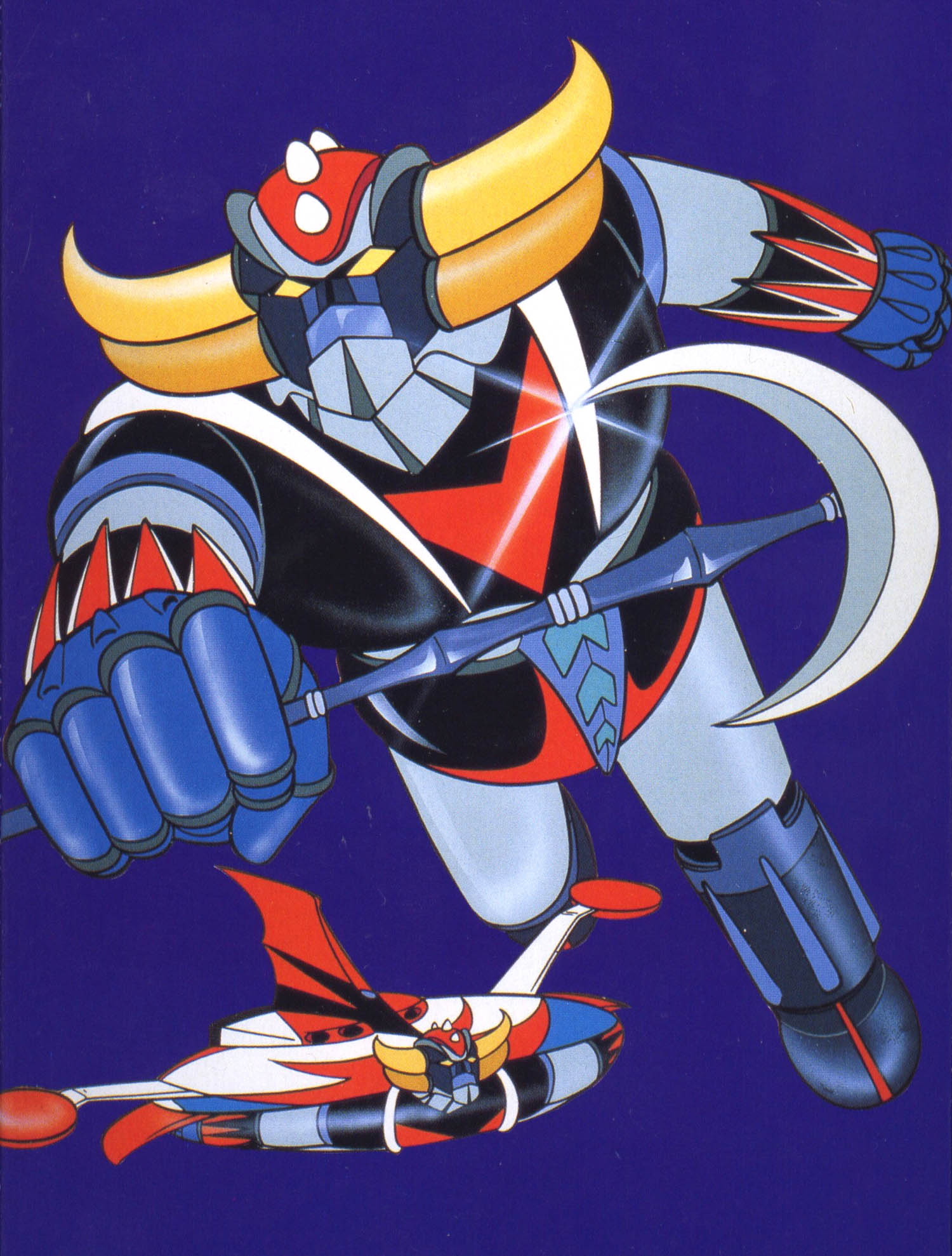 Here there is a description of all the enemies of the series (no images unluckily), in case it rings a bell

I've found a promising title, Combattler V (disclaimer: it is one of the few mecha series I remember nothing about).
However, among the monsters listed in this link, I've noticed the following duo that seems to (partially) match your memories (One robot controlled by the other one, which from the description should be similar to a scorpion)

For the last one, there is a tiny image at this link (in Italian), even if it seems to be reddish rather than white.

As a second chance, you could also try the other two anime series of the Robot Romace Trilogy: Voltes V and General Daimos

Not the answer you're looking for? Browse other questions tagged story-identification tv anime robots mecha or ask your own question.

3
Old giant robot movie where an (ejected) pilot fires a discarded robot fist by connecting wires
13
Old cartoon or anime featuring a girl protected by a Red Robot
4
80's anime with the villains coming back after each defeat with a new animal-based robot
4
Robot anime of the 80s
6
A 90s anime/cartoons/ with a main character who has a red mecha suit with a weapon like a spear!
8
90s (or earlier) mecha anime: dormant robot chooses a teenager as its pilot, they fight a dog robot and an ostrich robot
5
What is the name of the anime kids, mecha and fantasy series with a group of 4?
5
80s/90's Robot cartoon, one like a Transformer
1
80s/90s anime with three robots waken up, and had to be taken down by another robot because they weren't good
12
Robots building a bridge anime