What does the name "Black Widow" mean in the MCU?

In the MCU, we rarely see anyone call "Black Widow". There are a few cases, such as in Age of Ultron during the "lifting the hammer" scene:

James Rhodes: Come on, Cap. [Steve starts pulling on the hammer and manages to budge it a little; Thor looks a little alarmed. Steve still fails to lift it; Thor laughs with relief]

Natasha Romanoff: Oh, no no. That's not a question I need answered.

So why do people call her that? Is that her nickname? Her codename? Just a superhero name for the audience to recognize her by?

If it's a nickname, well, what kind of nickname is that, and why don't they use it more often? If it's her codename, why would Banner use it to talk to her? And if it's for the audience, it wouldn't make sense for someone to call her by that name in the movie.

Once she joins S.H.I.E.L.D. Black Widow is used more as a codename than anything else, similar to Hawkeye for Clint. We see this in this image of a screen with S.H.I.E.L.D. mission details. 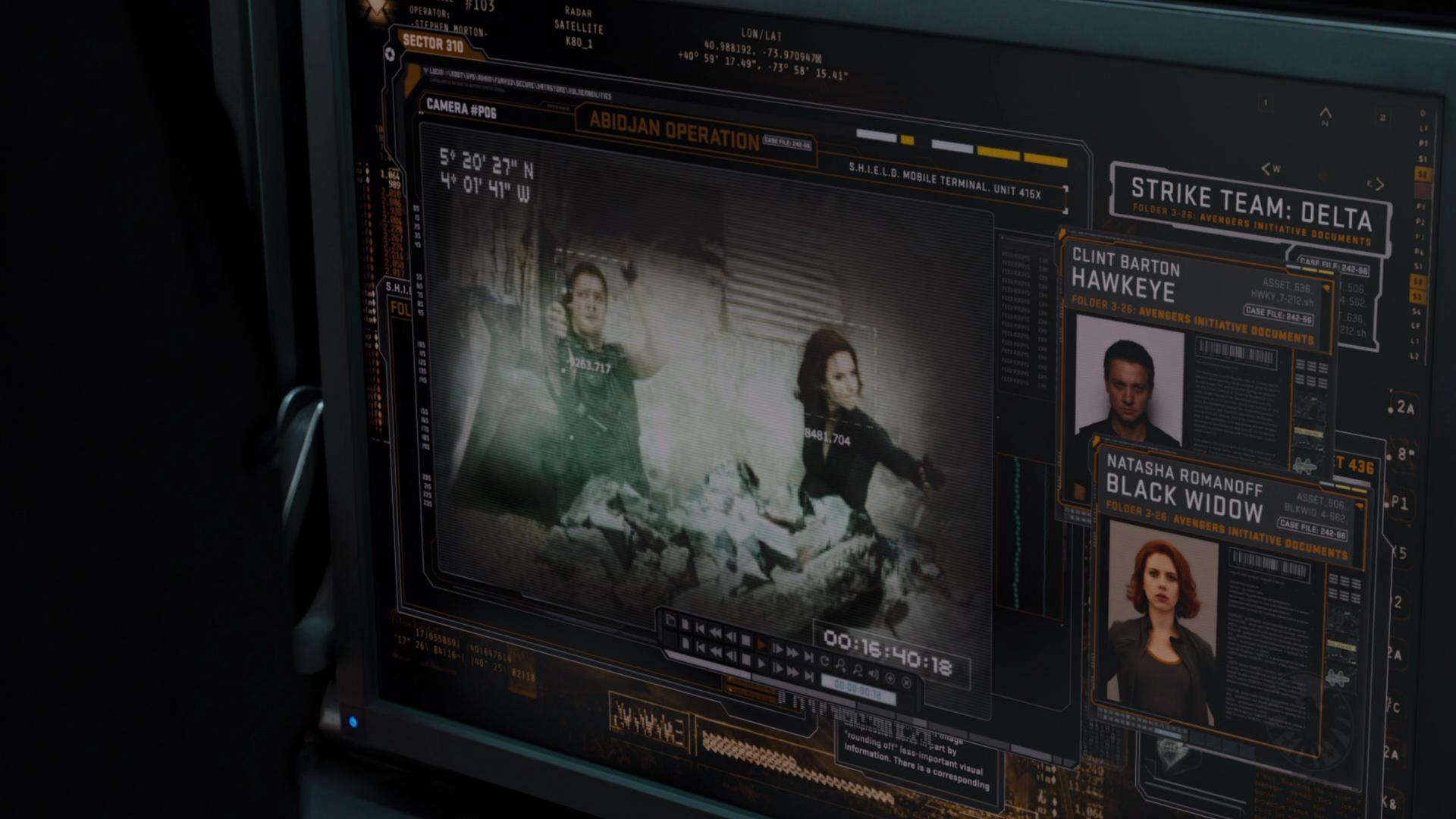 However, the name was originally earned by her for becoming a top level spy and assassin. There's some hints to this in the films such as at the beginning of The Avengers when she is "captured" by Luchkov.

Luchkov: Solohob? Your reputation is quite a progression. The famous Black Widow. Nothing but a pretty face.

It is further spelled out in Marvel's The Avengers: Black Widow Strikes Issue 1 where a Russian spy named "Sophia" wants to kill Nat and take over the title.

Sophia: Oh, I'm sorry, didn't I mention? If I win, I take over the mantle of Black Widow.

Lastly, Black Widow is still her codename and sort of a nickname, that is why the Avengers and her friends will sometimes call her by that name. However, they're more personal than that so most of the time they use Nat or Natasha.

Presumably we'll get even more information on this in the upcoming Black Widow film. However, we do get a bit of information in Black Widow Prelude Issue 1 where Thaddeus Ross gives us a rundown of what he knows about Natasha. As part of this he tells us the following:

Thaddeus Ross: At some point, she attracted the attention of one General Dreykov. He oversaw something called the Red Room, which was managed for him by someone known only as Madame B.

Hawley: The Red Room? I thought that was a story. Made up for some best-sellers or something.

Thaddeus Ross: On no, it was real, although it doesn't exist anymore. And Natasha was apparently their star pupil.

This is interesting in that it tells us she was the star pupil etc. but also the line by Hawley "The Red Room? I thought that was a story. Made up for some best-sellers or something." This indicates there are stories out there about the Black Widow, presumably for The Avengers PR, but it means Bruce calling her Widow was also likely a joke about that too.

In comics (and presumably MCU too) The Black Widow was a program designed in the USSR to train and condition spies (sleeper agents) in a facility named Red Room Academy. Natasha Romanov was part of it, and she succeeded in becoming the best spy ever trained in that program, thus rightfully earning the mantle of the "Black Widow".

Natasha’s grief over his death drove her further into the clutches and control of the Red Room Academy and she finally earned the title of Black Widow.

Therefore, she was known as the Black Widow. In the scene you're citing, the Avengers are using "Widow" as a nickname, the same way as Rhodes said "Cap" as short for Captain America.

I think its worth adding to the other answers to point out that "Black Widow" was definitely a name that Natasha was publicly known by, and as an Avenger she was indeed well-known (in-universe).

I can think of two references that support his, both in Spider-Man: Homecoming.

The first was a quote by Peter Parker while at the airport in Germany:

Its clear from the context of these Germany scenes that Parker is very much an outsider to the Avengers and isn't referring to her as Black Widow out of personal familiarity or insider knowledge. He literally had almost no idea why he was even there.

The second quote was a little later on in the film, made by Flash Thompson, one of Parker's classmates:

Flash: Ooh, I don’t know. I gotta check my calendar first. I got a hot date with Black Widow coming up.

Flash is just an ordinary person with no connection to the Avengers whatsoever. So Black Widow must just be a commonly known name.

I surmise that the relative lack of use of "Black Widow" in other MCU films is because most characters are personally familiar with her, and have no reason to use her nickname or agent codename. So the Spider-Man film gives a rarer insight into how other people might perceive her.

Not the answer you're looking for? Browse other questions tagged marvel marvel-cinematic-universe black-widow or ask your own question.

28
Are S.H.I.E.L.D. agents (e.g. Clint Barton, Natasha Romanoff) ever referred to by their comics aliases?
0
Bruce Banner allows Avengers to use the powers of the Hulk despite being horrified by his actions
10
What did Black Widow mean about the rock in the Potomac?
27
What did the Scarlet Witch show the Hulk/Bruce Banner?
8
Is the new Thor actually the Goddess of Thunder? Is the old Thor still the God of Thunder?
10
Is there an inconsistency about Natasha Romanoff's middle name in the MCU?
10
What is Valkyrie's real name?
6
How was a scattered version of Jarvis able to help?