How do we know Janeway's exact rank in Nemesis?

I have been told, and Memory Alpha confirms, that in Nemesis, Janeway is not only

but also a very high-ranking one. How was this derived? I couldn't find it in the script. Is it something on the uniform?

In the film she's wearing the 'three pips inside a box' rank insignia of a Starfleet Vice Admiral, a rank that's two steps above Captain, one step above Rear Admiral and one step below Admiral. 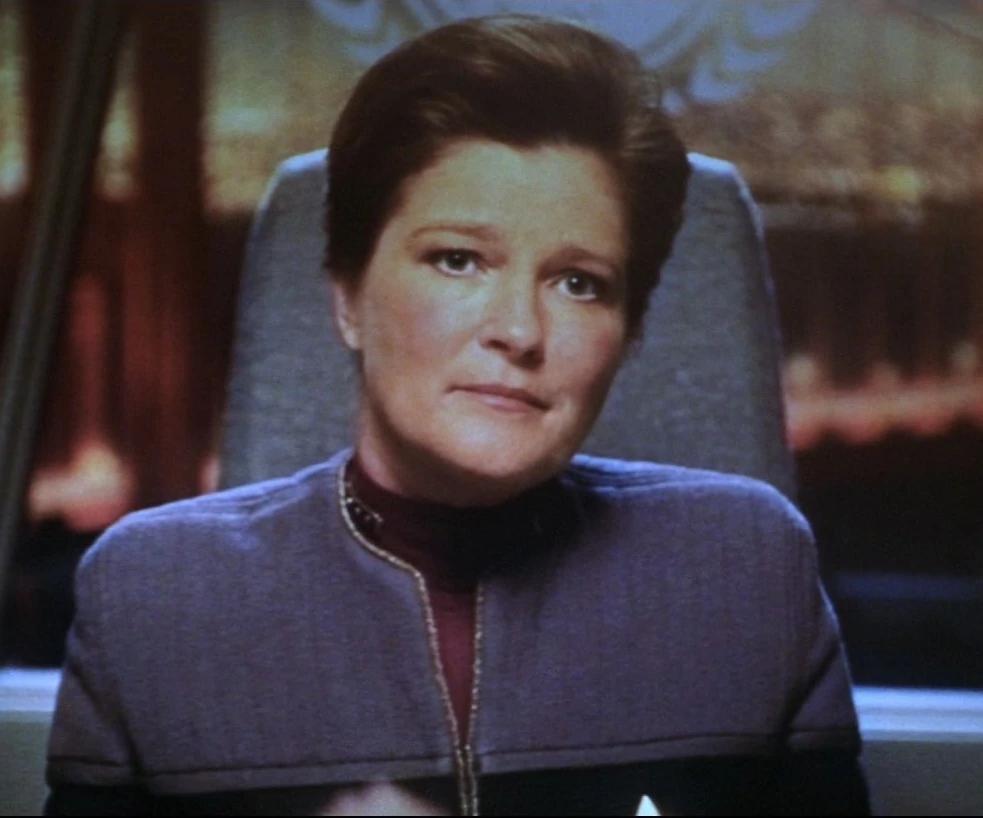 Note that Starfleet ranks are nebulous at best. Suffice to say she's Picard's boss and a replacement for Admiral Nacheyev in giving Picard crappy orders.

In various EU works she's noted to be a Vice Admiral;

Kathryn Janeway reveals her career in Starfleet, from her first command to her epic journey through the Delta Quadrant leading to her rise to the top as vice-admiral in Starfleet Command. Discover the story of the woman who travelled further than any human ever had before, stranded decades from home, encountering new worlds and species.

The Autobiography of Kathryn Janeway

Not the answer you're looking for? Browse other questions tagged star-trek star-trek-nemesis or ask your own question.

18
How common were non-Federation replicators?
15
If Shinzon were to replace Picard how is the age difference explained?
15
Is Worf still an ambassador?
19
Why does Harry Kim get in trouble for sleeping with an alien?
10
How did Worf's adoptive father know O'Brien's rank?
6
How could the Duplicate Voyager crew not know that they were duplicates?
18
How Does Neelix Know About the War?
4
In what way did Worf “come here in a child's uniform”?