What colour is Tau blood?

I've heard both that it's blue from a variety of sources, due to their blue skin, as well as it being red (the Tau40k subreddit list this in their FAQ).

Is there a definitive description of their blood colour in the fiction?

It might depends on the writer, but it seems it is in the dark shades of blue:

In the Ciaphas Cain novel "For the Emperor" there is a scene where a Tau diplomat is assassinated:

'Treachery!' one of the tau shrieked, glaring around itself and drawing some kind of handgun from the recesses of its robes. Shui'sassai was down, thick purple blood everywhere, and I knew from experience that he wouldn't be getting up again.

There is a helpful note from the Inquisitor Vale:

The tau equivalent to haemoglobin contains cobalt, rather than iron, so their blood and viscera vary from dark blue to purple, depending on the degree of oxygenation. Don't even get me started about the smell.

The problem with trying to identify the color from the art is that the artist might use red, because, well... we do expect any kind of blood to be red, so from pure art perspective, using different color might be weird, although I've seen a picture with a Space Marine admiring pretty blossom while dead Tau (covered in blue blood) lied near his feet.

While it might be a dubious evidence, the fandom (at least that what quick google search for "Tau blood color") seems to agree that their blood is indeed blue.

There is a pretty good article about it, that you can find here: Tau: the blue blood debate which expains what is hemocyanin (real-life blood component that some vertebrae use instead of hemoglobin) and how would affect a human-size creature:

To have cyan blood, the tau would need to have a circulatory system comprising of a plasma with free floating oxygen carrying Hemocyanin, which unlike human blood is not infused in corpuscles cells (hemocytes, blood cells), due to it’s size (larger) and nature (relation to oxygen and carrying it). To be as efficient as hemoglobin, most hemocyanin users have high density of blood.[...]Hemocyanin is much like hemoglobin except that the iron atom in the protein molecule is replaced by one of copper.

Like humans, we are coloured by our blood (put a torch behind your finger and turn it on), our skin pigmentation the only altering factor. Tau also exhibit this in various fictional sources.

I don't know about descriptions in books as I've not yet read any T'au book (don't really like that faction). 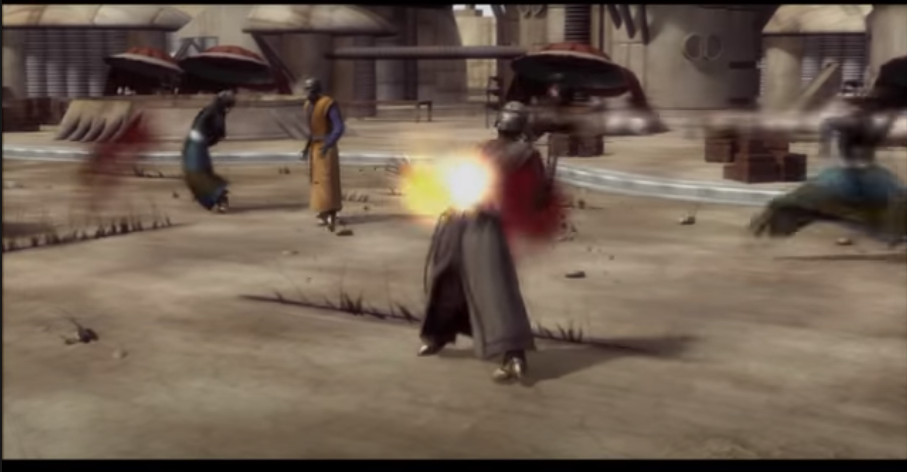 Even though it is an older game (released: 01.10.2003) it's an official GW licensed game. Should the T'au have blue blood, it could be assumed that GW would've told that to the devs.

I've also found this image where it's visible that the blood is red:

I've checked different codices and other sources but was not able to confirm it's from an official source.

Not the answer you're looking for? Browse other questions tagged warhammer-40k xenos tau or ask your own question.

4
Can anyone identify these tyranids from this description?
11
How many Chaos God are there in WarHammer 40k?
13
Why is Tau commander Farsight's (O'Shoh) crisis battlesuit painted red?
6
Warhammer 40K: Origins of Ork "psychic gestalt"
5
(How) do Imperial Auto weapons differ from their 21st century counterparts?
10
If The Emperor wanted to reduce humanity's need for the warp why create the 15th?
6
Is there anything in the lore that supports this game mechanism for the Dark Angel in the 3rd edition?
4
Does the concept of Naysmith exist outside the Warhammer universe?
3
Playstation video game where you play Blood Angels