Isekai manga with student council MC and girls on council who help elves. He has more than one hero symbol

I'm looking for the name of manga where the MC (main character) and his Student Council group are summoned in isekai fashion (total 4 people including him). Other than him, the others are all girls who are always making fun of him. He and one of the girls in the group (he is Vice President and the girl is President of the Student Council) help the resident elves who were kidnapped by monsters. Also, he has more than one hero symbol, while the other in his group just have one symbol.

This vaguely reminds me of Isekai Yurutto Survival Seikatsu: Gakkou no Minna to Isekai no Mujintou ni Tenishitakedo Ore Dake Rakushou desu, often translated as "Easy Survival Life in the Other World" or "Everyone in School Transferred to an Uninhabited Island in the Other World but It’s an Easy Victory". 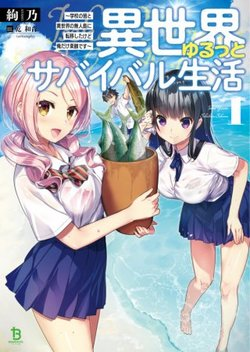 Isekai Yurutto Survival Seikatsu: Gakkou no Minna to Isekai no Mujintou ni Tenishitakedo Ore Dake Rakushou desu summary: I’m Shinomiya Hokage, a 3rd-year high-school boy who dreams of a survival life. One day, everyone in my school transferred to a mysterious island in a parallel world. I woke up in an unknown cave and I started moving on my own. Then, I met up with some of my classmates. My knowledge and tools in survival shines through. I was a plain guy in school but I’m the leader in this world.

The girls are not "student council", but are "a high rank group in the class". The main character is teased and bullied with a nickname of "Ninja" based on his name of "Hokage" with the girls being noted by him as being among those who threw erasers at him.

Found with a search for isekai manga "survival otaku" based on dim memories of seeing this come up before.

It apparently originated as an online novel.