Who is this red coated magician in “Marvel Super Heroes in War of the Gems”?

There is a point in the SNES game Marvel Super Heroes In War of the Gems where you arrive at a volcano, and the only way to proceed forward is to fly over the magma field.

At that point in the game, some kind of red coated magician appears, levitating above the magma. Then he uses his power to create a flying platform for us to stand on, after which he simply teleports away.

This is the only time we see that character in the entire game, and he does not say a single word, he simply spawns a platform to help us.

I believe that is Dr. Strange with the look he had in the comics circa 1996, the year the game was released. 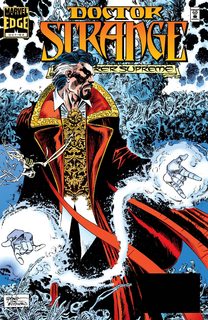 This page lists him as having a cameo in the game.

Strange also had a supporting role in the various Infinity Gem-related mini-series' published during the 1990s, such as Infinity Gauntlet and Infinity War, and the game appears to draw heavily on these storylines for inspiration. 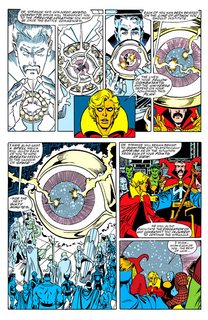 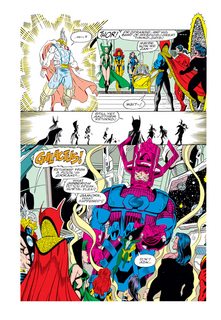 There doesn’t appear to be any (easily found) “canonical” evidence that this is Strange that I can find. However, lots of online guides and walkthroughs all identify him as Strange. And for interest here’s the sprite sheet that someone uploaded online for the game that also identifies him as Strange. 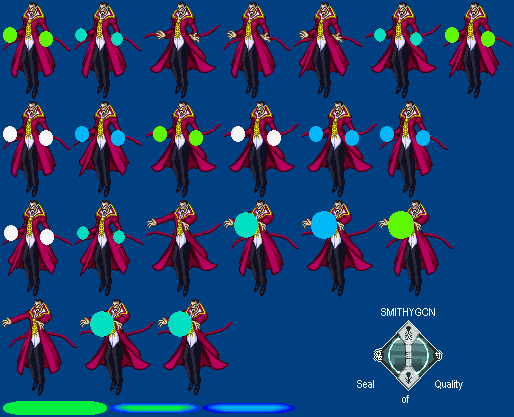 The game’s instruction manual does not include anything about this character that I can see.

Not the answer you're looking for? Browse other questions tagged marvel character-identification video-games or ask your own question.