I was recently reminded of an anime I saw between 2000 and 2002 on VHS. The actual production date was probably from late 1980s, a la Bubblegum Crisis (but not actually, I checked), to the mid 1990s. I thought it was Neon Genesis Evangelion, but based on images I could find, the characters I remember in the scene do not exist in that show, nor was it the previously mentioned Bubblegum Crisis.

The scene I remember has a short, black-colored robot warning a long-haired blonde girl, and they duck into a stairwell. She asks: "Here, black exil?"; ("Exil", being a shortened word for what the robot is actually called, it is really a suit that can transform and be worn by the previously mentioned character.) The robot then transforms into a suit that she wears, and they go off to fight whatever the warning was about.

I've also ruled out Battle Skipper, the name was close with "Exstar", but the "robots" were autonomous tanks and not sentient suits.

Some further detail I remember is the girl may be dressed in a Japanese school uniform a la Sailor Moon, potentially an orange skirt or dress. (But that may be me confabulating it with Sailor Venus ¬.¬ )

While I know it doesn't entirely fit your timeline, could it be Symphogear? 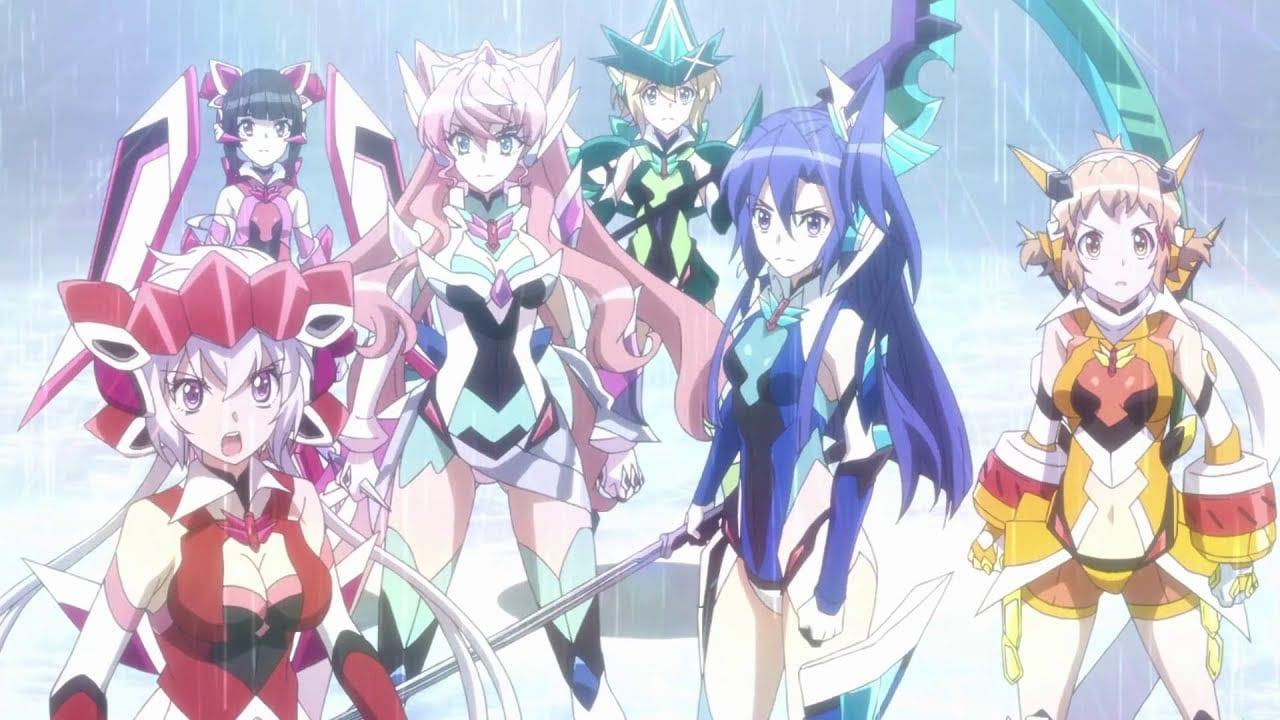 In a world where aliens known as "The Noise" threaten the earth, only one thing can protect the human race: the magical armor Symphogear. But in order to save their world, the Symphogear wearers will have to learn from the tragedies of the past.

It has magical girl who wield robot suits.

Found with a search for anime "magical girl" "robot suits"

Not the answer you're looking for? Browse other questions tagged story-identification anime robots mecha or ask your own question.

5
Early 90s mecha anime where the mecha was like Voltron in that each pilot controlled a portion of the mecha that would merge into a bigger mecha
4
Looking for an anime with people in mecha-like human-sized suits
6
A 90s anime/cartoons/ with a main character who has a red mecha suit with a weapon like a spear!
5
Mecha anime where 2 girls fight with mechas
5
Anime where a kid has a small humanoid magical companion who has a round shape and wings
5
Mecha anime where the hero gets two robot suits
6
Looking for an older maybe 20 year old Mech Anime
6
Anime with little dolls which look like girls in mecha suits fighting as commanded