Manga about a guy transporting in and out of a video game world, where he takes on quests for money

So this was a few years ago and it didn't have many chapters (maybe like 1-3 at most), but it's about a guy mc, and hes constantly transporting in and out of a videogame world, and (I'm guessing the rest of the world) makes money in the real world by taking on quests in the game, and he has no choice (or he gets sucked into this portal forcing him into the game world).

A scene I remember is he met a girl, and the girl died from this monster in the game, and when he returned to the real world she was also dead there as reported on the news.

This is probably Zero no Shiniki. 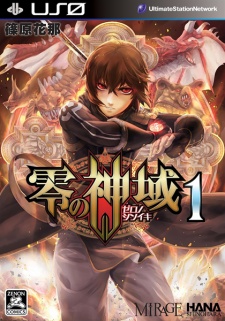 It only has three chapters, like you said, and the main character makes money by taking on quests in the game world. He also meets a girl in the first chapter who is killed and eaten by a large monster in the game world, and he later overhears a news report about her being found dead in her home in the real world.

Kanzaki Rei is an avid gamer, but one day he hit rock-bottom due to his debts. During the night while sleeping, a strange phenomenon happened and sent him inside the game he previously played. A world of life and death awaits.

7
Manga about a guy trapped in a video game and is looking for a way out
10
Book where a boy and girl are transported into a fantasy video game
6
Manga where two students are reincarnated in another world with magic and adventurers
4
Anime in which 4 school children go into a game and rescue the world; they meet a pink-haired girl inside the game who helps them
6
Isekai manga - protagonist repeatedly re-enters the fantasy world, time passes more quickly there
4
Manga where a partially artificial guy is put into stasis and wakes up in a future with magic
4
Manga where a guy goes into a game he's playing. He's nicknamed "lucky boy" by white mages
5
Webtoon where the world is full of demons, and the MC takes refuge in a bunker where he meets other kids and a professor
4
Searching for a manga about a mc that gets transported into a video game world