Tracking down a short story with the term "abnotechia" or "abtechnological"

Hi I am curious about the term "abnotechia" which I encountered in a short story that I am now trying to look up, but google searches are coming up empty.

I am pretty sure the story appeared in Analog, though I would not swear to it.

The premise: some people are naturally averse to technology-- and they are called abnotechs. They are people who technology just doesn't work for -- if something can go wrong, it will. Using a toaster for them is a potentially life-threatening because when they try, it is far more likely that the circuit breaker will fail and the thing will spark up and at the very least burn the toast and cause a fire. Or if they turn on the microwave that will be the day the magnetron blows out. That kind of thing.

A group of these people is set up on the moon to test new technology - the idea being that if it works for them, it must be safe, because even these living Murphy's Law generators can't make it screw up. (As a consequence of being so tech-averse, the abnotechs are very careful people, very methodical, because of course in their lives if something can go wrong it will, so they all are the kinds of people who wear suspenders and a belt together, a bike helmet and knee pads, and are obsessively safety-conscious).

The upshot of the plot is that they are testing some new food technology, and they find that the tryptophan in it makes people fall asleep, and that can create dangerous situations -- or something like that. I can't really remember the plot details, oddly enough. I do recall the resolution of the mystery problem involves a young girl who accidentally reveals what the problem with the tryptophan was. (Hm. realizing I might be wrong).

Hope that helps someone ID this one.

ETA: the word might be "abtechnological" per @Zeiss Ikon in the comments - thanks! - but my google searches still don't reveal much.

This sounds like Down Under Crater Billy by Stephen Burns, published in the January 1995 issue of Analog Science Fiction and Fact. 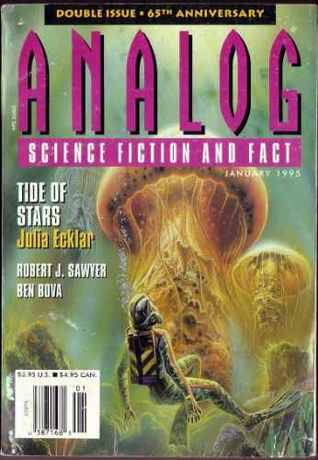 You can read the full story here, but here's a brief excerpt:

Being abnotechs means that through no fault of our own, each one of us has an innate negative effect on mechanical, electrical, electronic, cybernetic and nanotic devices, or any combination thereof.

Why we’re the way we are is still a mystery. Some think it’s our magnetic fields which cause devices to wack out in our presence, but the equipment to measure such things can’t be trusted around us. Others think we’re probability benders, our very existence somehow throwing tiny monkey wrenches into the fundamental machinery of quantum mechanics. Some vote the Black Aura ticket. Since it doesn’t seem to be a curable condition—not even by death; a hearse carrying a dead 7 or over is a lot more likely to break down than normal, the odds increasing with the stiffs rating—the reason doesn’t really matter.

Less than .02 percent of the population tests at over 5, and it isn’t until you go 6 or above that life in our technological society starts getting noticeably troublesome. Watching people misuse their electronic toys, screw up their cars, and get bitten by folding chairs might make you think our numbers would be higher, but abnotechnia is not stupidity, clumsiness, plain unhandiness, or an inability to read directions. It’s something deeper and stranger, buried in our genes or wiring and transmitted on a band nobody’s ever been able to pin down.

I found this using the search term abnotechnia. You were almost correct with your initial spelling, but you left out the second n, which is presumably why you couldn't find the story by Googling for it.

Not the answer you're looking for? Browse other questions tagged story-identification short-stories hard-sci-fi or ask your own question.