Space opera with large cat and discussion about infinite dimensions

I'm trying to remember a novel I read in the late 80s or early 90s. I don't remember too many details. This is what I do remember:

Most of these details are up for grabs since it wouldn't surprise me if I'm misremembering parts. I read a lot of scifi when I was a kid and some of it has blurred together.

However, I'm 99% certain about the voyage through hyperspace involving a discussion of infinite dimensions. It stuck with me because I found the concept so mind-blowing, and I was disappointed a few year later when I found out there is no substance to it.

Is it possible this is The Legacy of Lehr (1986) by Katherine Kurtz? I don't remember the infinite dimensions bit, but the plot involves transporting 4 large blue psychic cats, and a series of murders that occur. The summary from Google books:

The interstellar cruiser Valkyrie has been ordered to take an unexpected detour from its normal route to pick up a strange and valuable cargo. Capt. George Lutobo cannot disobey the commands of his emperor, but the idea of bringing four huge, blue-furred lionlike creatures onboard a luxury vessel makes the captain uneasy. Nor does he trust the big catsâ€™ escorts, husband and wife scientists Mather Seton and Wallis Hamilton. Though these magnificent felines possess remarkable psychic abilities and are worshipped as deities on their home planetâ€”and, for that reason, are essential components of the diplomatic negotiations between worldsâ€”they are nevertheless frighteningly dangerous beasts, powerfully built, with razor-sharp claws and teeth.

Soon after the creaturesâ€™ arrival, the discovery of a dead passenger, ripped to pieces and clutching a clump of blue fur, seems to justify Captain Lutoboâ€™s fears. The killings continue, each as savage as the last, though Seton and Hamilton insist that the great felines could never have escaped from their cages. But the dark mystery only deepens when one of the imprisoned cats is murderedâ€”the manner of its death impossible to fathomâ€”and one terrible truth becomes frighteningly clear: No one and no thing is safe any longer aboard the Valkyrie. 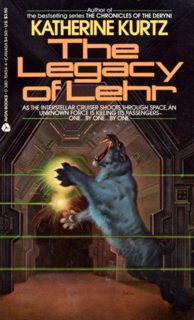 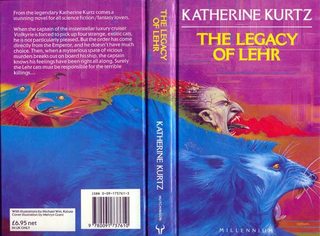 Not the answer you're looking for? Browse other questions tagged story-identification novel crime space-opera or ask your own question.

42
Difference between Space Opera and Science Fiction?
17
Energy globes flatten everything, turn out be be warp bubbles of starships from another dimension
11
Space opera book with telepathic female main character
7
Detective Story on the moon with a space yacht and an escaped prisoner
3
80s or 90s cartoon series - Female protagonist has a large cat as a pet and collects crystals or gems
6
Space opera book series about an augmented soldier doing a planetary assist toward Uranus to kill cyborgs
6
Space Opera Book Series with the main premise of a black hole thing that inhabits another world, allowing telekinetic powers