I remember seeing this video on YouTube, I think it was a Top 10 Nerd video where this female character would find rapists and burn their dicks off with her heat-based power.

Does anyone know who that is? It keeps coming to my mind but for the life of me, I don't know her name.

Could be Cinder from DC Comics' Titans: Villains For Hire (2011).

The basics for Cinder is that she was an Italian woman from a well-to-do family that was molested by her uncle. So she then hunts down sex offenders and kill them. When we first meet her, she's killing a sex offender by burning him alive (her power is to turn into walking molten lava) while having sex, so she uses her vagina to attack the guy... [...]

So Deathstroke offers her a deal - join his new team and he'll help her hunt down well-protected sex offenders... 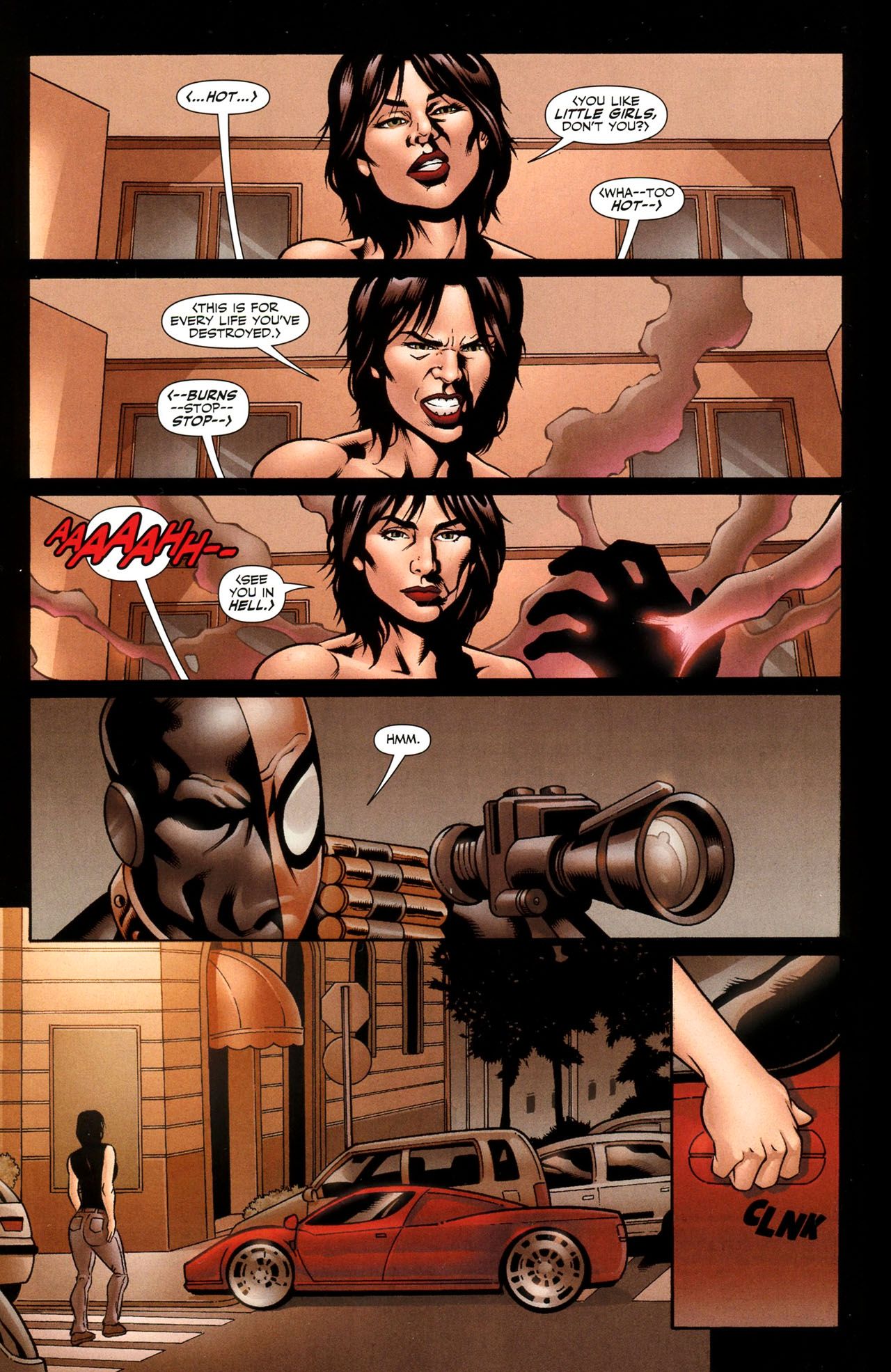 6
Super villain with handlebar moustache and super strength
4
Late 90's or early 00's fantasy comic
8
Who is this Marvel Comics character?
8
Comic with superteam; electric woman, guy who can make things with his mind and a glowing 'wolverine guy' who can fly
3
Name of character in the Riftwar series
7
Comic character from the 90s who resembled Spawn
5
Has John Stewart ever worn a mask to conceal his identity?
8
Doomed, ultrapowerful character from the Marvel comic book "The Defenders" late 70's era
26
Looking for comic about female superhero who loses her powers
1
Who is this character and what are her powers?